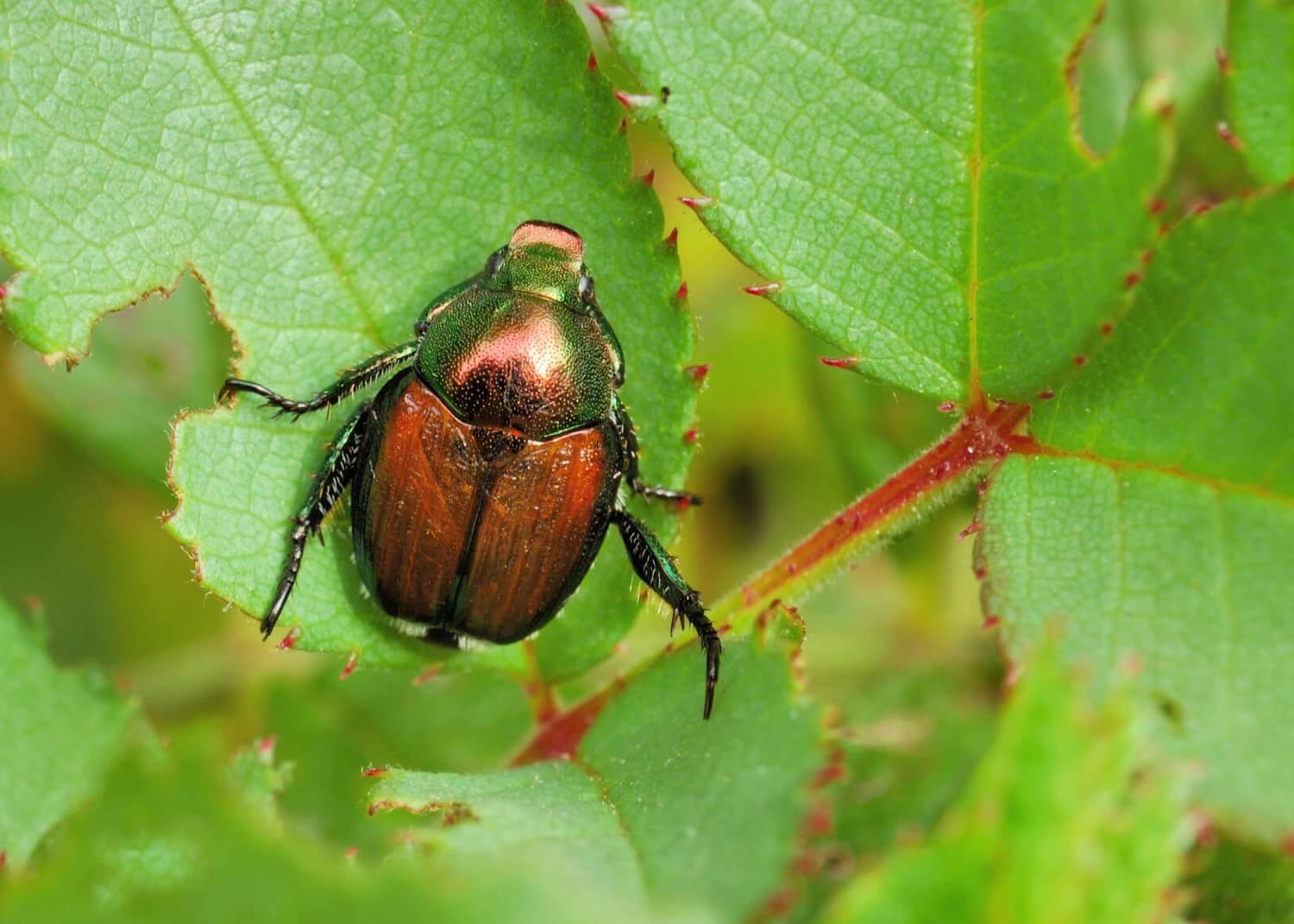 Your Adopt A Beetle Kit comes in a Deluxe Folder and includes:

Adopt A Beetle Kits make great gifts and can be sent directly to the recipient. Simply supply the recipient's name and mailing address as shipping information. We'll even include a letter stating the Adopt An Animal Kit is from you.

Beetles are a group of insects which are biologically classified in the order Coleoptera. The word "coleoptera" is from the Greek, koleos, meaning "sheath"; and pteron, meaning "wing", thus "sheathed wing". Most beetles have two pairs of wings, the front pair being hardened and thickened into a shell-like protection for the rear pair and the beetle's abdomen.

There are more beetles on the planet than other other animal. Almost 25% of all known types of animal life-forms are beetles. About 40% of all insect species are beetles (about 400,000 species), and new species are discovered frequently. Some estimates put the total number of beetle species at as high as 100 million. Weevils, or snout beetles, and rove beetles are the most common.

The diversity of beetles is very wide. They are found in all major habitats, except the polar regions. Beetles live in freshwater and marine habitats and everywhere vegetative foliage is found - from trees and their bark to flowers, leaves, and underground near roots. They even live inside plants, in every plant tissue, including dead or decaying ones.

Particular species of beetles are adapted to practically every kind of diet. Some break down animal and plant debris; some feed on particular kinds of carrion such as flesh or hide; some feed on wastes such as dung; some feed on fungi; some on particular species of plants and others on a wide range of plants. Some beetles are pollen, flower and fruit eaters and help to pollinate flowers. Others are predatory, usually on other invertebrates; some are parasites or parasitoids. Many of the predatory species are important controls of agricultural pests that damage crops. Conversely, beetles are prey of various invertebrates and vertebrates, including other insects, fish, reptiles, birds, and mammals.

Beetles have a hard exoskeleton, particularly on their forewings, distinguishing them from most other insect species. Like all armored insects, beetles' exoskeletons comprise numerous plates, some fused and some separated by thin sutures. This combines armored defenses with flexibility. All insects' bodies are divided into three sections: the head, the thorax, and the abdomen.

Beetles are endopterygotes; they undergo complete metamorphosis, a biological process by which an animal physically develops after a birth or hatching, undergoing a series of changes in its body structure. The typical form of metamorphosis in beetles passes through four main stages: the egg, the larva, the pupa, and the imago or adult.

Beetles may display extremely intricate behavior when mating. Pheromone communication is likely to be important in the location of a mate. Another way species of Coleoptera find mates is the use of biosynthesized light, or bioluminescence. This special form of a mating call is used by fireflies by the use of abdominal light-producing organs. The males and females engage in complex dialogue before mating, identifying different species by differences in duration, flight patterns, composition, and intensity.

Before mating, males and females may stridulate, or vibrate the objects they are on. In some species, the male climbs onto the female and strokes her with his antennae. Conflict can play a part in the mating rituals of some beetles. Many male beetles are territorial and will fiercely defend their small patches of territory from intruding males. In such species, the males may have horns, making their overall body lengths greater than those of the females, unlike most insects. Pairing is generally quick, but in some cases will last for several hours. During pairing, sperm cells are transferred to the female to fertilize the egg. A single female may lay from several dozen to several thousand eggs during her lifetime. Parental preparation varies between species, ranging from the simple laying of eggs under a leaf to constructing underground structures complete with a supply of dung to house and feed their young. Other beetles are leaf rollers, biting sections of leaves to cause them to curl inwards, then laying their eggs, thus protected, inside. Some beetles will patrol the eggs and larvae and apply a burrowing behavior to keep them from flooding and from asphyxiating. The mother will protect the eggs and larvae from predators.

The larva is usually the principal feeding stage of the beetle lifecycle. Larvae tend to feed voraciously once they emerge from their eggs. Some feed externally on plants, while others feed within their food sources. The larvae of many beetle families are predatory like the adults. The larval period varies between species, but can be as long as several years. Like adult beetles, the larvae are varied in appearance, particularly between beetle families.

All beetle larvae go through several instars, which are the developmental stages between each moult. In many species, the larvae simply increase in size with each instar as more food is consumed. In some cases, however, more dramatic changes occur. Among certain beetle families, particularly parasitic beetles, the first instar is highly mobile and searches for a host, while the following instars are more sedentary and remain on or within their host. Beetle larvae pupate, and from these pupae emerge fully formed, sexually mature adult beetles. Adults have extremely variable lifespans, from weeks to years, depending on the species.

Beetles have a variety of ways to communicate, some of which include a sophisticated chemical language through the use of pheromones. Some beetles stridulate to communicate, rubbing body parts together to create sound. They have a "scraper" on their abdomens that they rub against a grooved surface on the underside of their left wing cover to create a sound that is not audible to humans. Female beetles will stridulate and produce pheromones to attract other unmated males and females. New females arrive and do the same. As the males arrive, they enter the galleries that the females have tunneled, and begin to stridulate to let the females know they have arrived, and to also warn others that the female in that gallery is taken. At this point, the female produces a different pheromone to deter more beetles from coming.

Since species of beetles use environmental stimuli to communicate, they are affected by the climate. Microclimates, such as wind or temperature, can disturb the use of pheromones; wind would blow the pheromones while they travel through the air. Stridulating can be interrupted when the stimulus is vibrated by something else.

Like most animals, the primary threat to beetles is the destruction of their habitat. Human development has taken an alarming toll on the environment. Impact from land use practices such as agricultural conversion, deforestation, and urban sprawl continue to degrade and fragment remaining pockets of habitat and accelerate biodiversity loss. Pesticides and other forms of pollution are also of serious concern, as well as genetically modified organisms (GMOs).