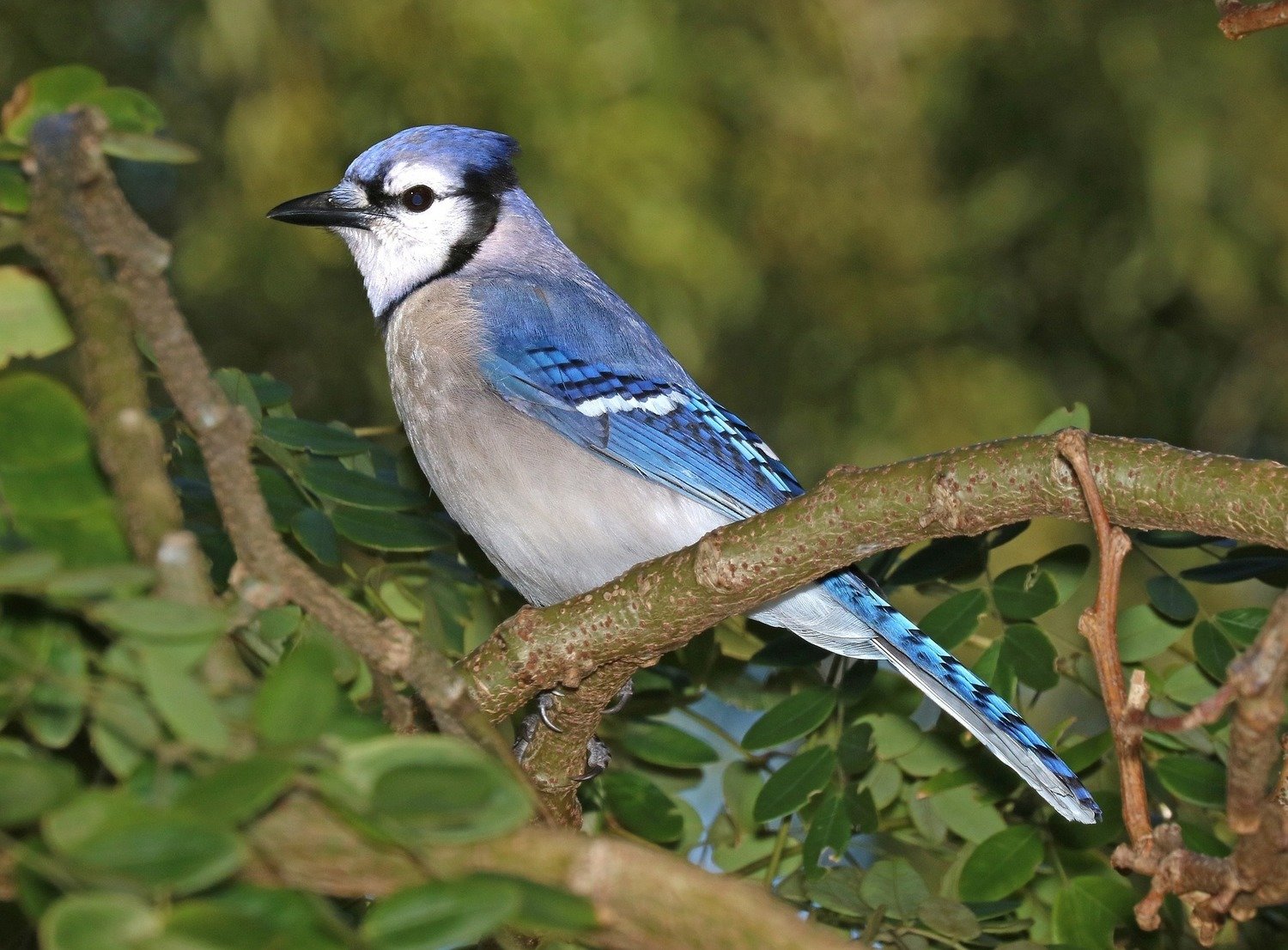 Your Adopt A Blue Jay Kit comes in a Deluxe Folder and includes:

Adopt A Blue Jay Kits make great gifts and can be sent directly to the recipient. Simply supply the recipient's name and mailing address as shipping information. We'll even include a letter stating the Adopt An Animal Kit is from you.

Blue jays are large songbirds belonging to the crow family. Known for their blue plumage, perky crest and noisy calls, they are intelligent and complex and help spread oak trees. Blue jays inhabit North America in deciduous, coniferous and mixed forests, as well as parks and residential areas. They are frequent visitors of backyard bird feeders.

Blue jays have a crest on the top of their heads. Blue jay crests stand erect when they are being aggressive, and stand brush-like when they are afraid. When they are relaxed, their crests are flattened. They easily recognize each other by the varying black bridles across their faces, napes and throats.

Blue jays are able to fly up to 25 miles per hour. They are diurnal, active during the day.

Blue jay are omnivores, feeding on seeds, nuts, fruit, insects, young birds and eggs. They have very strong bills capable of cracking nuts. Blue jays will often chase smaller birds away from food sources, but will wait their turn when larger birds are feeding. They store acorns in the ground and sometimes forget to retrieve them, helping in the spread of forests. Blue jays carry their food in their throats, beaks and the upper esophagus.

Blue jays are incredibly intelligent birds. They communicate with body language and high-pitched calls and loud screams. They have a very large vocabulary. Their characteristic jay call warns other birds of nearby predators. They are able to imitate the sounds of other animals, including humans. Blue jays imitate hawks to determine if any hawks are in the area and to distract other birds from a potential food source. Blue jays are very curious birds, and young blue jays often play with human-made objects.

Blue jays usually live in small family groups. When alone, blue jays are subject to predation, but when in groups they work together to fight off predators.

Some blue jays migrate. They may migrate every year, every other year, or only when winter food sources are scarce or weather conditions are extreme. Younger blue jays migrate more often than adult blue jays. When blue jays migrate, they gather in large flocks to begin their journey together.

Blue jay mating season takes place mid-March through July. Blue jay couples usually mate for life. Male blue jays collect twigs, roots, moss and bark to construct nests. Female blue jays build the cup-shaped nests in trees and lay 2 to 7 brownish or bluish eggs. Blue jays are very protective of their nesting sites. Following an incubation period of 16 to 18 days, hatchlings emerge from the eggs. Newborn blue jays are blind, naked and helpless. The father blue jay provides food for the mother blue jay while she nurtures the chicks. Young blue jays leave the nest after 17 to 21 days. They stay with their parents for one to two months. Blue jays reach sexual maturity at about one year old.

Blue jays can live up to 26 years in the wild.

Blue jays are threatened by collisions with man-made structures, predation, pollution, pesticides and diseases. While considered a common bird, even common bird populations are alarmingly declining due to irresponsible human activities. Loss of habitat, animal agriculture, pesticides and forestry are the largest threats to bird populations. Collisions with power lines, buildings and vehicles kills 900 million birds each year in the United States and Canada alone.