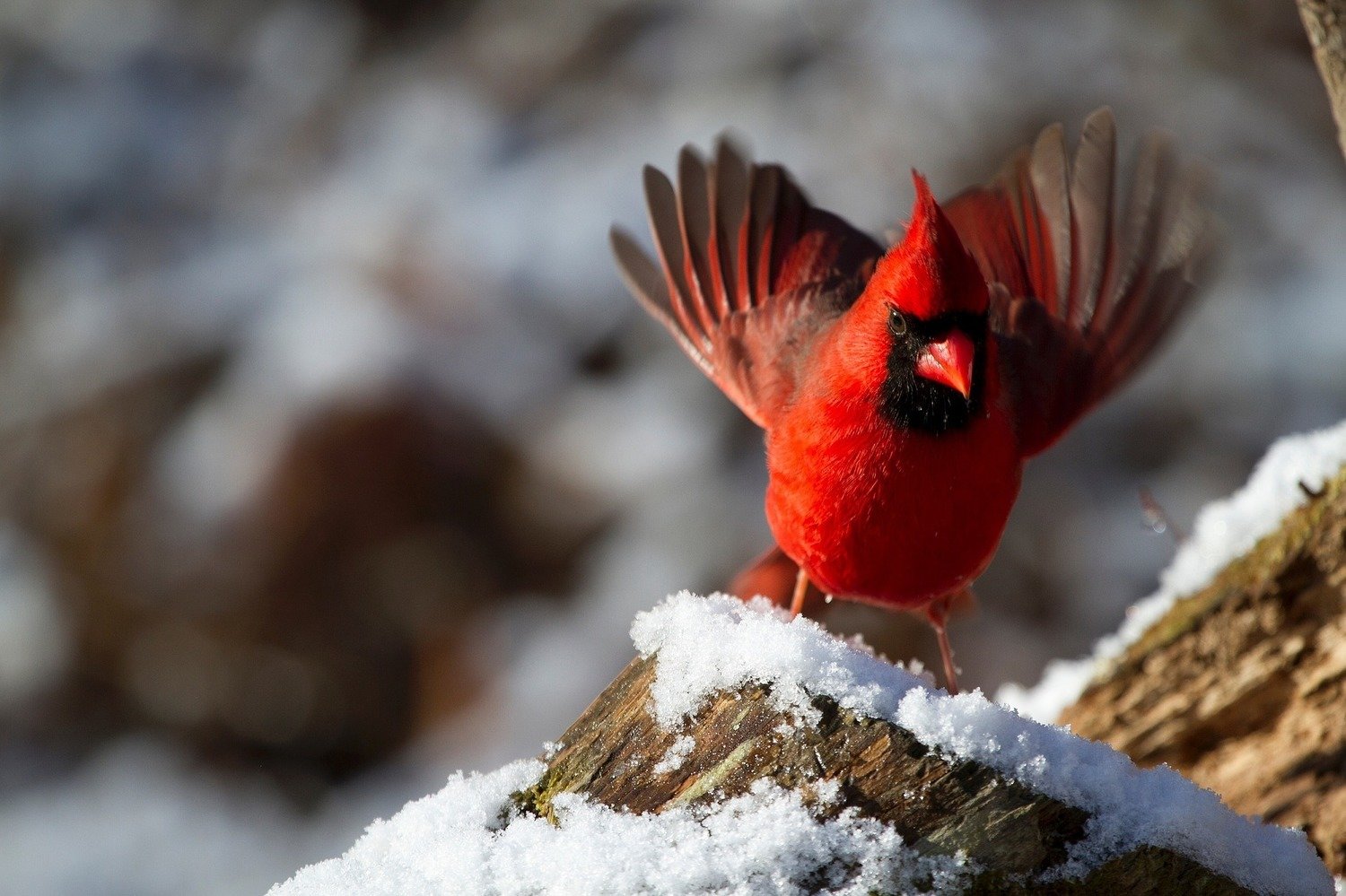 Your Adopt A Cardinal Kit comes in a Deluxe Folder and includes:

Adopt A Cardinal Kits make great gifts and can be sent directly to the recipient. Simply supply the recipient's name and mailing address as shipping information. We'll even include a letter stating the Adopt An Animal Kit is from you.

One of the most identifiable birds in North America is the northern cardinal. Also called the redbird, common cardinal and Virginia nightingale, they are usually referred to simply as cardinals. Cardinals are beloved by backyard birders because of their bright red colors, joyful singing and year-round presence.

Cardinals are medium sized songbirds. Male cardinals are bright red, while females are light brown to gray with some red coloring on their wings, crests and tails. The red coloration of cardinals is a result of carotenoids in their feather structure ingested through what they eat.

Cardinals are granivorous, feeding mostly on grains. They also eat fruit and insects, foraging for different foods each season. They use their large, powerful bills to crack open seeds.

Cardinals are usually active during the day, especially in the morning and evening. They are often monogamous, mating for life. Cardinal couples remain together all year. In the winter months, most cardinals will flock together and roost together. During the breeding season they are very territorial. Cardinals can be extremely aggressive when defending their territories. Males cardinals violently chase away competitors. They may also attack their reflections in windows, mirrors and other reflective surfaces.

Cardinals are preyed upon by a variety of predators, especially birds of prey. Snakes, other birds, rodents and cats prey on their eggs and chicks.

Cardinals can live over 15 years in the wild.

Cardinals are not rare and are protected under the Migratory Bird Act. While considered a common bird, even common bird populations are alarmingly declining due to irresponsible human activities. Loss of habitat, animal agriculture, pesticides and forestry are the largest threats to bird populations. Collisions with power lines, buildings and vehicles kills 900 million birds each year in the United States and Canada alone.