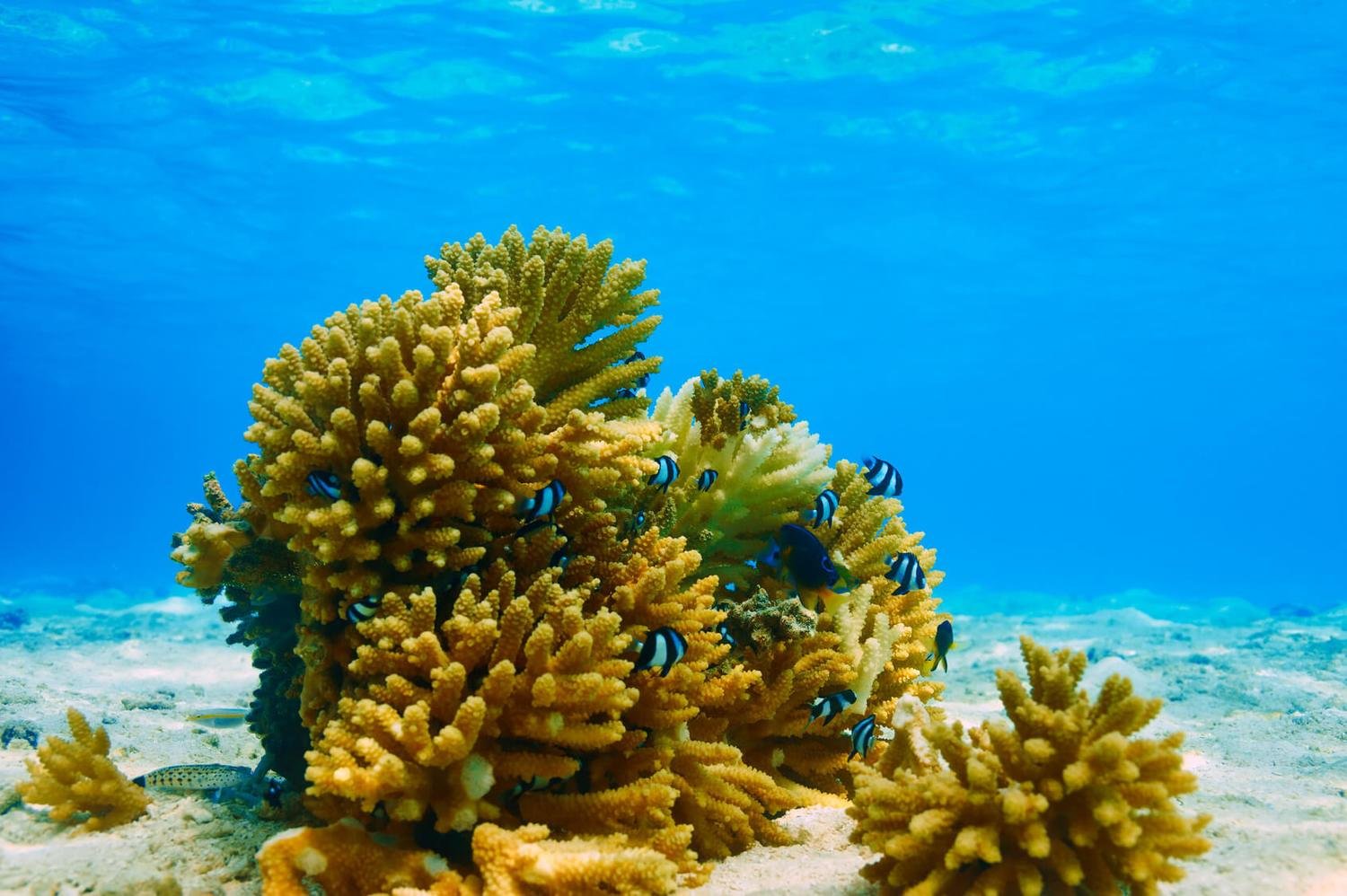 Your World Animal Foundation Adopt A Coral Kit comes in a Deluxe WAF Folder and includes:

Adopt A Coral Kits make great gifts and can be sent directly to the recipient. Simply supply the recipient's name and mailing address as shipping information. We'll even include a letter stating the Adopt An Animal Kit is from you.

Corals are marine invertebrates in the class Anthozoa of phylum Cnidaria. They typically live in compact colonies of many identical individual polyps. The group includes the important reef builders that inhabit tropical oceans and secrete calcium carbonate to form a hard skeleton.

Corals are sessile, which means that they permanently attach themselves to the ocean floor, essentially "taking root" like most plants do. We certainly cannot recognize them by their faces or other distinct body parts, as we can most other animals. So what exactly are corals? Corals actually comprise an ancient and unique partnership, called symbiosis, that benefits both animal and plant life in the ocean. Corals are animals, though, because they do not make their own food, as plants do. Corals have tiny, tentacle-like arms that they use to capture their food from the water and sweep into their inscrutable mouths.

Most structures that we call "coral" are, in fact, made up of hundreds to thousands of tiny coral creatures called polyps. Each soft-bodied polyp - most no thicker than a nickel - secretes a hard outer skeleton of limestone (calcium carbonate) that attaches either to rock or the dead skeletons of other polyps.

In the case of stony or hard corals, these polyp conglomerates grow, die, and endlessly repeat the cycle over time...slowly laying the limestone foundation for coral reefs and giving shape to the familiar corals that reside there. Because of this cycle of growth, death, and regeneration among individual polyps, many coral colonies can live for a very long time.

Most corals contain algae called zooxanthellae, which are plant-like organisms. Residing within the coral's tissues, the microscopic algae are well protected and make use of the coral's metabolic waste products for photosynthesis, the process by which plants make their own food. The corals benefit, in turn, as the algae produce oxygen, remove wastes, and supply the organic products of photosynthesis that corals need to grow, thrive, and build up the reef. More than merely a clever collaboration that has endured between some of the tiniest ocean animals and plants for some 25 million years, this mutual exchange is the reason why coral reefs are the largest structures of biological origin on earth, and rival old-growth forests in the longevity of their ecological communities.

Corals are a vital part of the marine world. There are around 70,000 different species of coral throughout the oceans of the world. They are most numerous in warm and tropical climates in the southern hemisphere.

Although some corals can catch small fish and plankton, using stinging cells on their tentacles, most corals obtain the majority of their energy and nutrients from algae that live within the coral's tissue. Corals require sunlight and grow in clear, shallow water, typically at depths shallower than 200 feet. Some species have adapted to living in deeper levels of the oceans.

Corals live from 3 months to 30 years, depending on the species. Coral species that make up the extensive coral reefs usually live much longer than species like the softer corals, which live on their own.

Coral reefs support more species than any other marine environment. Reefs rival rainforests in the amount of biodiversity they support. Thousands of creatures rely on coral reefs for their survival. They provide hiding places for marine animals to evade predators, and serve as a meeting and breeding ground.

Hidden beneath the ocean waters, reefs are also some of the oldest ecosystems on the planet, reflecting thousands of years of history. Although individual coral polyps are tiny, they create the largest living structures on earth - some reefs are visible from space.

Coral reefs are under stress around the world. In particular, coral mining, agricultural and urban runoff, pollution (organic and inorganic), overfishing, blast fishing, disease, and the digging of canals and access into islands and bays are localized threats to coral ecosystems. Broader threats are sea temperature rise, sea level rise and pH changes from ocean acidification.

In the Caribbean and tropical Pacific, direct contact between common seaweeds and coral causes bleaching and death to the coral via transfer of lipid-soluble metabolites. Seaweed and algae proliferate given adequate nutrients and limited grazing by herbivores such as parrotfish.

Many governments now prohibit removal of coral from reefs, and inform coastal residents about reef protection and ecology. While local action such as habitat restoration and herbivore protection can reduce local damage, the longer-term threats of acidification, temperature change and sea-level rise remain a challenge.

To eliminate destruction of corals in their indigenous regions, projects have been started to grow corals in non-tropical countries.