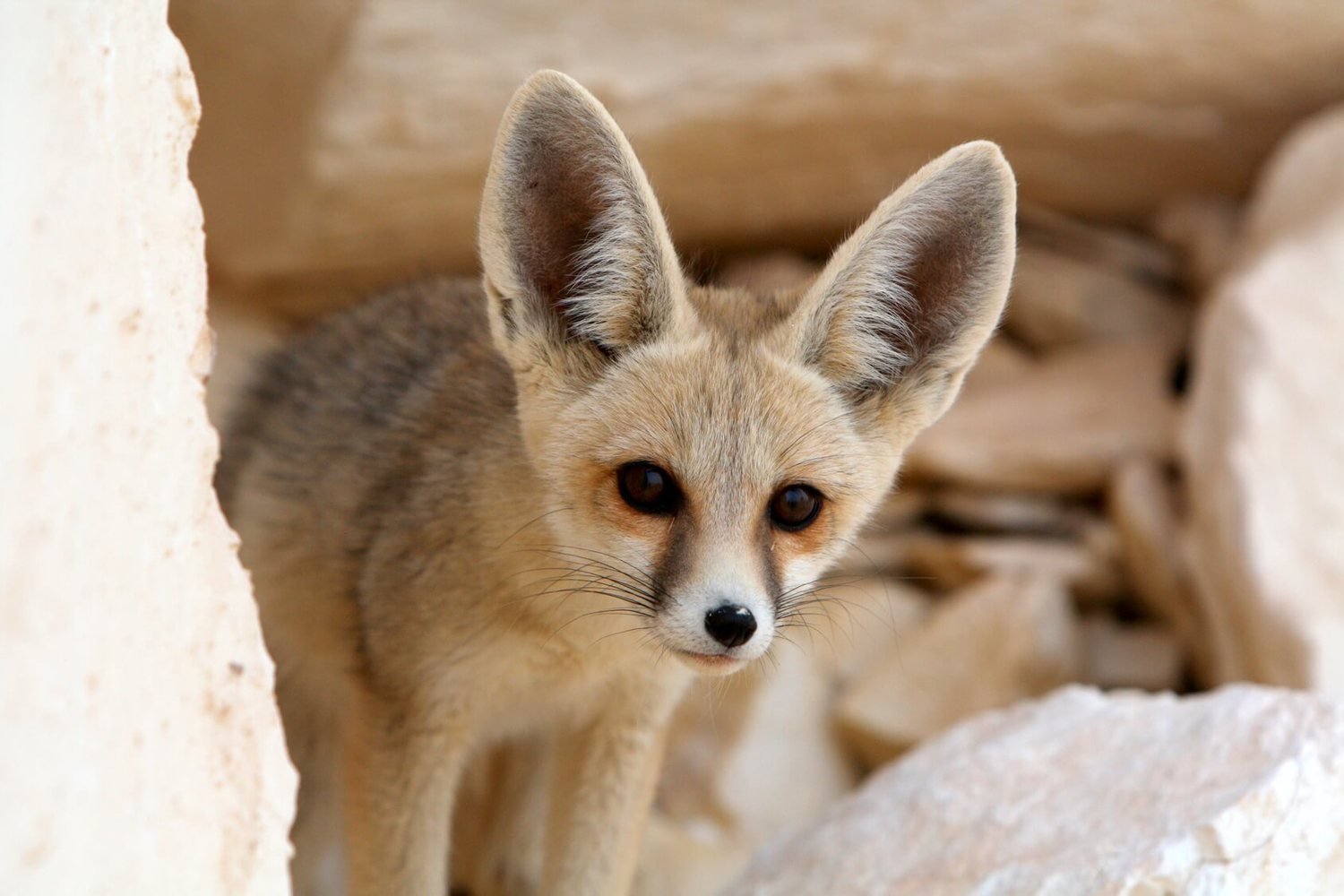 Your Adopt A Fennec Fox Kit comes in a Deluxe Folder and includes:

Adopt A Fennec Fox Kits make great gifts and can be sent directly to the recipient. Simply supply the recipient's name and mailing address as shipping information. We'll even include a letter stating the Adopt An Animal Kit is from you.

The fennec fox is a small fox found in the Sahara Desert of North Africa (excluding the coast) which has distinctive oversized ears. The fennec is the smallest canid. The animals are often a sandy color and blend in with their desert surroundings. Their ears, which are the largest in the canid family, serve to help dissipate heat. Their coat can repel sunlight during the day and conserve heat at night. The soles of of a fennec's feet are protected from the hot sand by thick fur.

The fennec fox is nocturnal. During the night, they will hunt for rodents, insects (such as locusts), lizards, birds and eggs. Fennec foxes gets most of their water from food, but will sometimes eat berries and leaves as an additional source of water.

Fennecs live in large dens, often with several foxes. The basic social unit is thought to be a mated pair and their offspring, and the young of the previous year are believed to remain in the family even after a new litter is born. Playing behavior is common, including among adults of the species.

Fennecs engage in highly social behavior, typically resting while in contact with each other. They mate for life, with each pair or family controlling their own territory. Sexual maturity is reached at around nine months old. The species usually breeds only once each year. The copulation tie has been recorded as lasting up to two hours and 45 minutes. Following mating, the male becomes very aggressive and protective of the female, providing her with food during her pregnancy and lactation periods. Gestation is usually between 50 to 52 days. The typical litter is between one and four kits, with weaning taking place at around 61 to 70 days. When born, the kit's ears are folded over and their eyes are closed, with the eyes opening at around ten days and the ears lifting soon afterwards. The life span of a fennec fox has been recorded as up to 12 years in captivity, and up to 10 years in the wild.

The fennec is rare and is not often seen. They are often hunted by humans, even though the fox does not cause any harm to human interests.

Fennecs are common victims of the animal entertainment industry. They are often found on display at zoos, roadside zoos and "wildlife safaris". Like all captive wildlife, they face constant stress and are denied their wild nature, strong family bonds and natural social interactions. The needs and desires of humans comes before the needs of the animals in the animal entertainment industry.

Highly intelligent and social animals, they also suffer terribly in the inhumane pet trade. Sold like toys by unethical businesses and backyard breeders, profit is put above the welfare of the animals. Unprepared guardians purchase the animals, often with little knowledge on their care. Their complex physical, psychological and social needs can never be met when they are kept as pets.