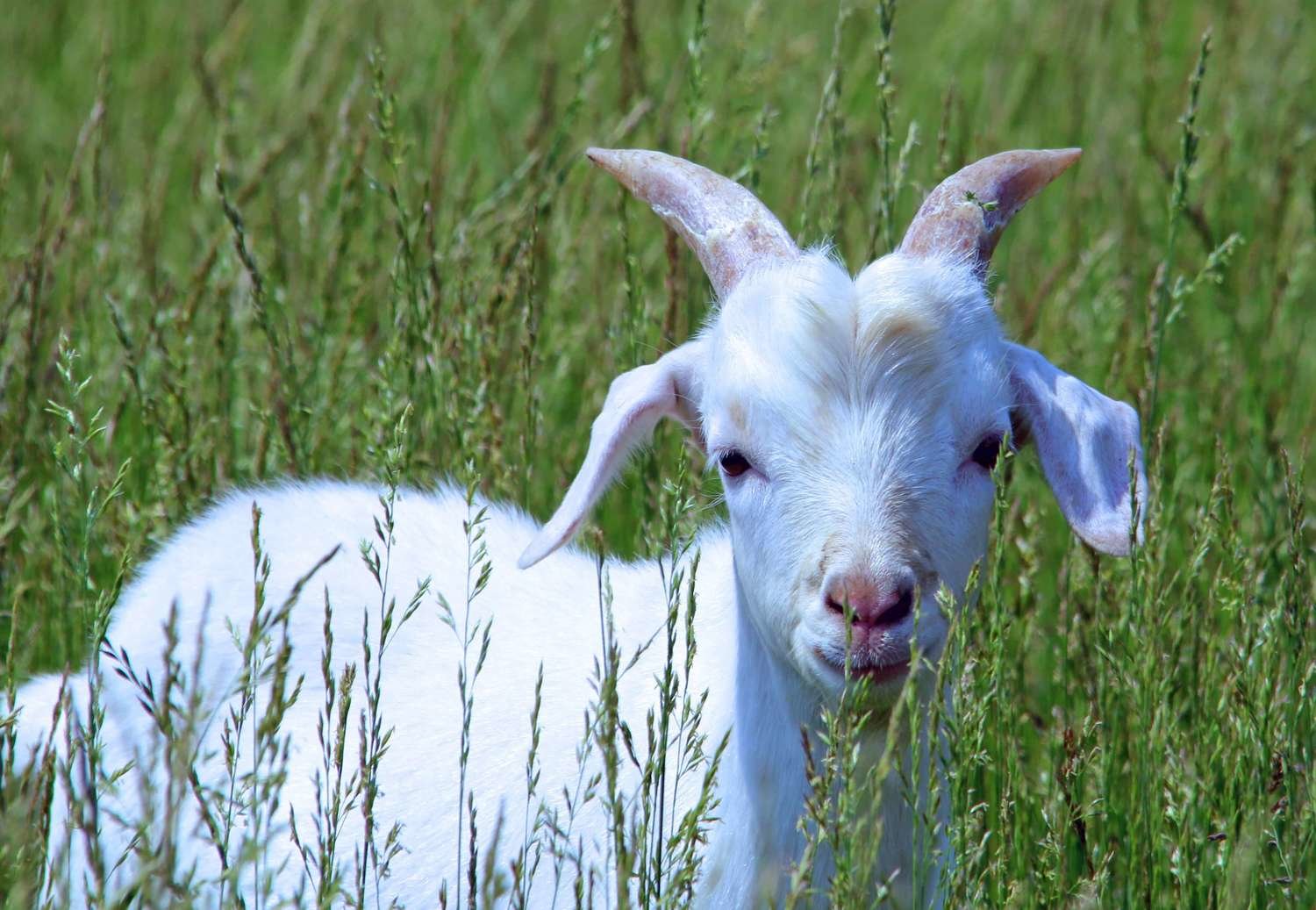 Your Adopt A Goat Kit comes in a Deluxe Folder and includes:

Adopt A Goat Kits make great gifts and can be sent directly to the recipient. Simply supply the recipient's name and mailing address as shipping information. We'll even include a letter stating the Adopt An Animal Kit is from you.

Goats seem to have been first domesticated roughly 10,000 years ago in the Zagros Mountains of Iran. Domestic goats were generally kept in herds that wandered on hills or other grazing areas, often tended by goatherds who were frequently children or adolescents, similar to the more widely known shepherd. These methods of herding are still utilized today.

Goats, like cows, are ruminant animals. They have a four chambered stomach, using the first chamber to store food (cud) which they then bring back into their mouths to chew again before fully digesting it. These grazing animals often prefer noxious weeds and plants, which makes them great environmentalists.

Goats are shy at first, but will show adoration and devotion once you have gained their trust. They're frolicsome and have a gentle disposition, but when angered, they can retaliate quickly with a strong head butt. Goats are also clever animals who have been known to use their horns to open gates and feed bins, create and enlarge holes in fences, and batter down boards in confined areas. They also use their horns as back scratchers. Goats are most comfortable in groups, which are known as "tribes."

Goats are reputed to be willing to eat almost anything. Contrary to this reputation, they are quite fastidious in their habits, preferring to browse on the tips of woody shrubs and trees, as well as the occasional broad leaved plant.

It can fairly be said that goats will eat almost anything in the botanical world. Their plant diet is extremely varied and includes some species which are toxic or detrimental to cattle and sheep. This makes them valuable for controlling noxious weeds and clearing brush and undergrowth. They will seldom eat soiled food or water unless facing starvation.

Goats do not actually consume garbage, tin cans, or clothing, although they will occasionally eat items made primarily of plant material, which can include wood. Their reputation for doing so is most likely due to their intensely inquisitive and intelligent nature: they will explore anything new or unfamiliar in their surroundings. They do so primarily with their prehensile upper lip and tongue.

In some climates goats, like humans, are able to breed at any time of the year. In northern climates and among the Swiss breeds, the breeding season commences as the day length shortens, and ends in early spring. Does of any breed come into heat every 21 days for 2 to 48 hours. A doe in heat typically flags her tail often, stays near the buck if one is present, becomes more vocal, and may also show a decrease in appetite and milk production for the duration of the heat.

Bucks (intact males) of Swiss and northern breeds come into rut in the fall as with the doe's heat cycles. Rut is characterized by a decrease in appetite, obsessive interest in the does, fighting between bucks, display behavior, and, most notably, a strong, musky odor. This odor is singular to bucks in rut; the does do not have it unless the buck has rubbed his scent onto them or the doe is in actuality a hermaphrodite. It is instrumental in bringing the does into a strong heat.

Gestation length is approximately 150 days. Twins are the usual result, with single and triplet births also common. Less frequent are litters of quadruplet, quintuplet, and even sextuplet kids. Birthing, known as kidding, generally occurs uneventfully with few complications. The mother often eats the placenta, which gives her much needed nutrients, helps staunch her bleeding, and reduces the lure of the birth scent to predators. After kidding, the kids conceal themselves in small places and lay immobile for hours at a time while their mother feeds. Upon her return, she calls for them and they come out to nurse and play.