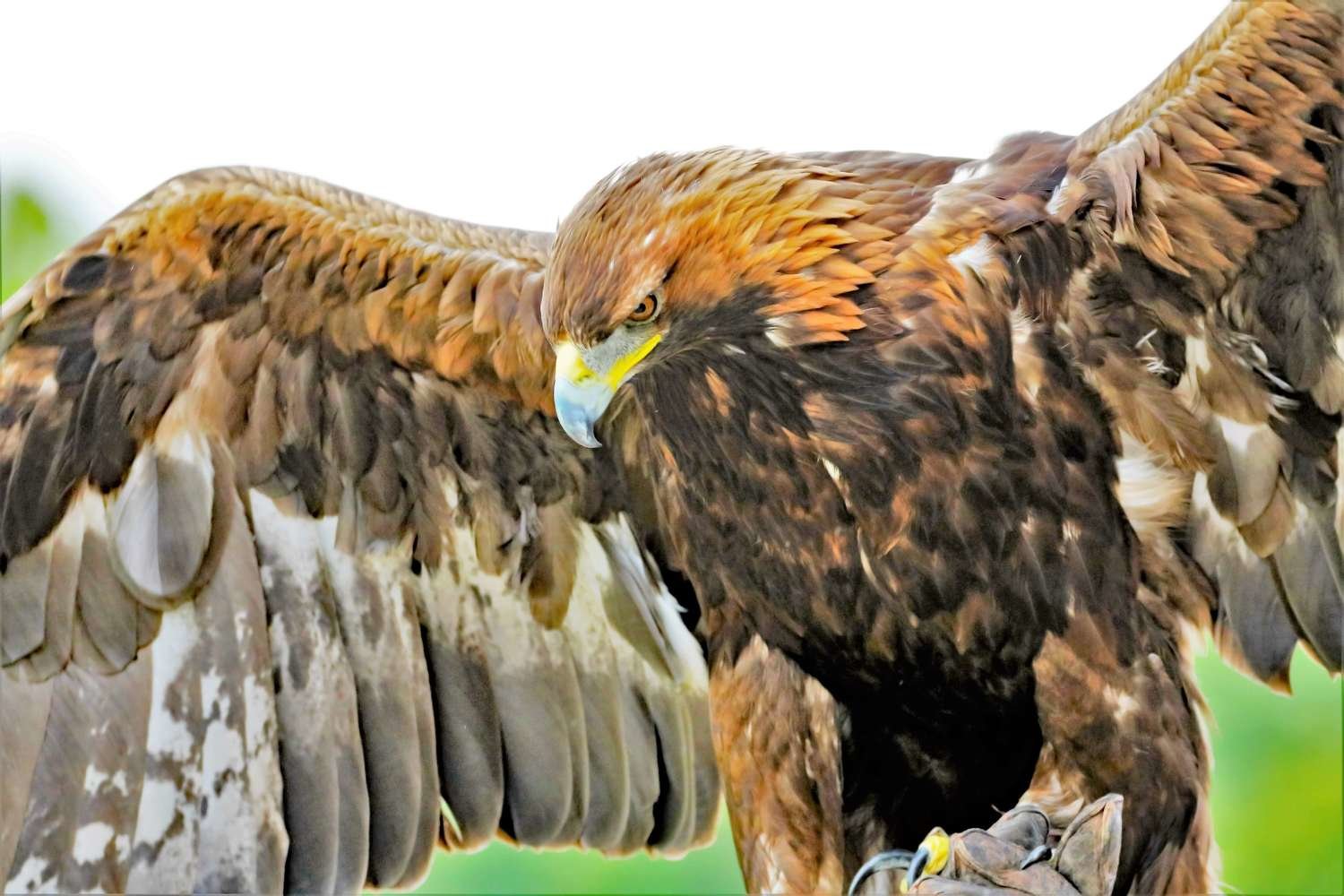 Your Adopt A Golden Eagle Kit comes in a Deluxe Folder and includes:

Adopt A Golden Eagle Kits make great gifts and can be sent directly to the recipient. Simply supply the recipient's name and mailing address as shipping information. We'll even include a letter stating the Adopt An Animal Kit is from you.

The golden, or mountain, eagle is widespread in the Northern Hemisphere, in the United States found mostly in the West. Unlike the bald eagle, it is an aggressive predator. In Asia it is trained to hunt small game. The adult is sooty brown with tawny head and neck feathers; unlike those of the bald eagle, its legs are feathered to the toes.

Eagle is the common name for large predatory birds of the family Falconidae (hawk family). They are found in all parts of the world. Eagles are similar to the buteos, or buzzard hawks, but are larger both in length and in wingspread (up to 7 1⁄2 feet) and have beaks nearly as long as their heads.