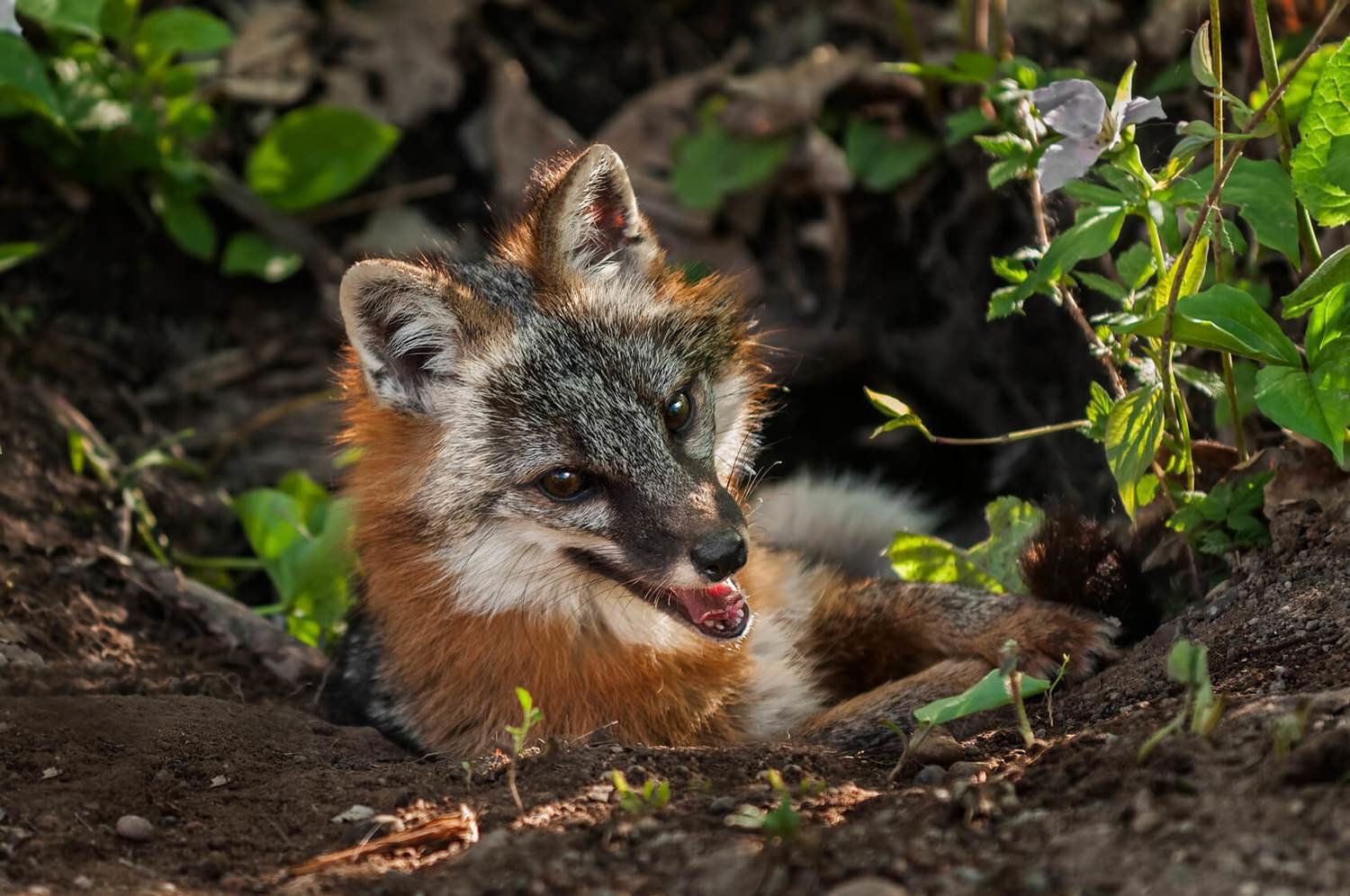 Your Adopt A Gray Fox Kit comes in a Deluxe Folder and includes:

Adopt A Gray Fox Kits make great gifts and can be sent directly to the recipient. Simply supply the recipient's name and mailing address as shipping information. We'll even include a letter stating the Adopt An Animal Kit is from you.

The gray fox is a species of fox ranging from southern Canada, throughout most of the lower United States and Central America, to Venezuela. This species, and the closely related island fox, are the only living members of the genus Urocyon, which is considered to be among the most primitive of the living canids.

The gray fox has a gray back, tawny sides, neck and legs, a white belly, and a black stripe along the back and tail. Another black stripe crosses their face from the nose to the eye and continuing to the side of the head. Standing about 12-16 inches at the shoulders, weighing up to 16 pounds, and having an overall body length of up to 47 inches, the gray fox is an agile canid able to scurry up and down trees with relative ease.

The gray fox's ability to climb trees is shared only with the Asian raccoon dog among canids. Their strong, hooked claws allow them to scramble up trees to escape many predators such as the domestic dog or the coyote, or to reach tree-bound or arboreal food sources. They descend primarily by jumping from branch to branch, or by descending slowly backwards as a house cat would do. The gray fox is nocturnal or crepuscular and dens in hollow trees, stumps or appropriated burrows during the day.

The gray fox is a solitary hunter and is largely omnivorous. They frequently prey upon the eastern cottontail, though gray foxes will readily catch voles, shrews and birds. The gray fox supplements their diet with whatever fruits are readily available and generally eats more vegetable matter than does the red fox.

The gray fox is monogamous. The breeding season of the gray fox varies geographically; in Michigan, the gray fox mates in early March, in Alabama, breeding peaks occur in February. The gestation period lasts approximately 53 days. Litter size ranges from 1 to 7. Kits begin to hunt with their parents at the age of 3 months. By the time they are 4 months old, the kits will have developed their permanent dentition and can easily forage on their own. The family group still remains together until autumn when the young reach sexual maturity and then disperse.

Gray foxes are at risk from habitat loss, inhumane trapping, hunting and vehicle deaths. Fox penning is an indefensible and barbaric blood sport in which dozens of dogs compete in a fenced-in area to chase—and sometimes rip apart—foxes and coyotes taken from the wild. While the gray fox pelt is not considered as "desirable" as the red fox in the fur industry because it is more course; in recent years it has been used as trim for coat collars and for similar uses in the fur industry.