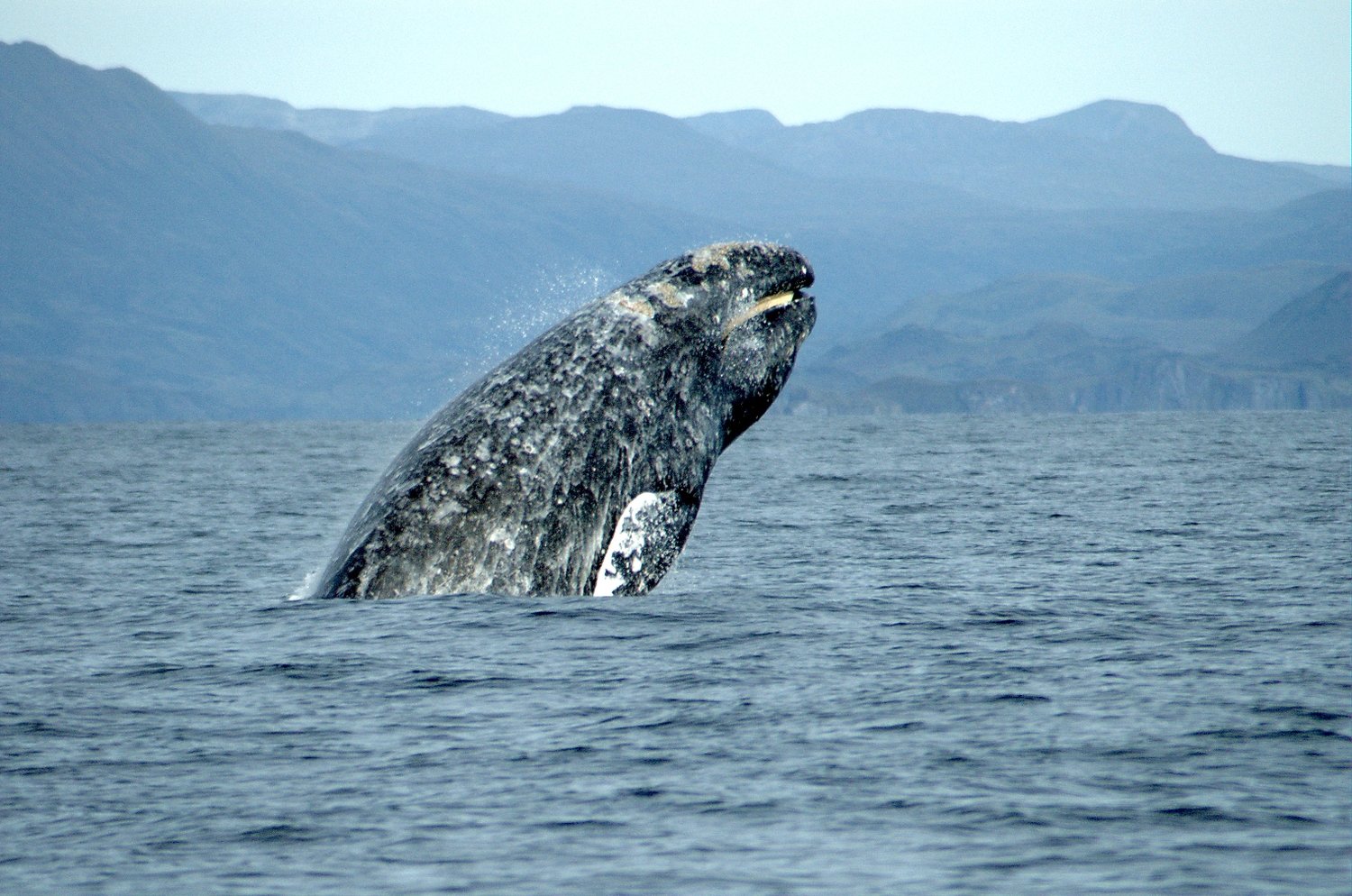 Your Adopt A Gray Whale Kit comes in a Deluxe Folder and includes:

Adopt A Gray Whale Kits make great gifts and can be sent directly to the recipient. Simply supply the recipient's name and mailing address as shipping information. We'll even include a letter stating the Adopt An Animal Kit is from you.

The gray whale ranges from slate gray to black with many white spots (usually patches of barnacles) and skin blotches (usually "whale lice" which are yellowish-white crustaceans). A baleen (toothless) whale, it has a long rigid snout and a double blow-hole. The gray whale does not have a dorsal fin but does have a low hump on its back and a series of small knobs or "knuckles" running down to the flukes. A female gray whale may reach a length of 40 to 50 feet and weigh up to 16 tons. Males are slightly smaller.

After years of intensive whaling, the gray whale population numbered only a few hundred, but today their population has bounced back. The western Pacific population of gray whales, however, is listed as threatened.

Gray whales migrate along the coast of North America from California to the Arctic or from coastal Korea to Siberia to spend the summer in arctic regions. For the winter, they return to warmer waters. This 4,000 mile annual migration is the longest made by any mammal. Gray whales prefer shallow waters and are often within a mile and a half of shore in coastal waters and breeding lagoons.

Gray whales feed on bottom-dwelling organisms such as amphipods (small crustaceans), mollusks and worms. They dive to the bottom, turn on their sides, and swim along the ocean floor scooping up sand and food, then strain the sand and water (through baleen filters), leaving the food inside.

Gray whales often play in the surf and shallow waters and surf the waves occasionally. They also sometimes leap completely out of the water, or spyhop, lifting their heads vertically out of the water to observe their surroundings.

Females bear one calf every two years after a gestation period of 13 months. Calves nurse for seven months.

Pollution and the disturbance of calving lagoons by humans are the main threats to the gray whale.