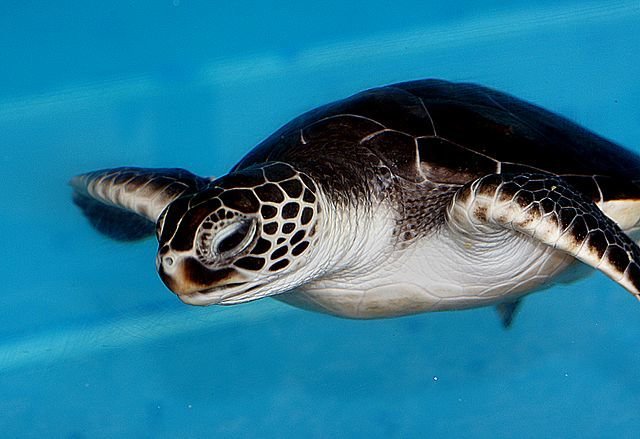 Adopt A Green Sea Turtle Kits make great gifts and can be sent directly to the recipient. Simply supply the recipient's name and mailing address as shipping information. We'll even include a letter stating the Adopt An Animal Kit is from you.

Green (Chelonia mydas) sea turtles are medium to large sized, brownish with mottled patterns of markings on the shell. The green sea turtle usually lives among sea grass. The green turtle measures 36 to 43 inches and weighs 200 to 300 pounds.