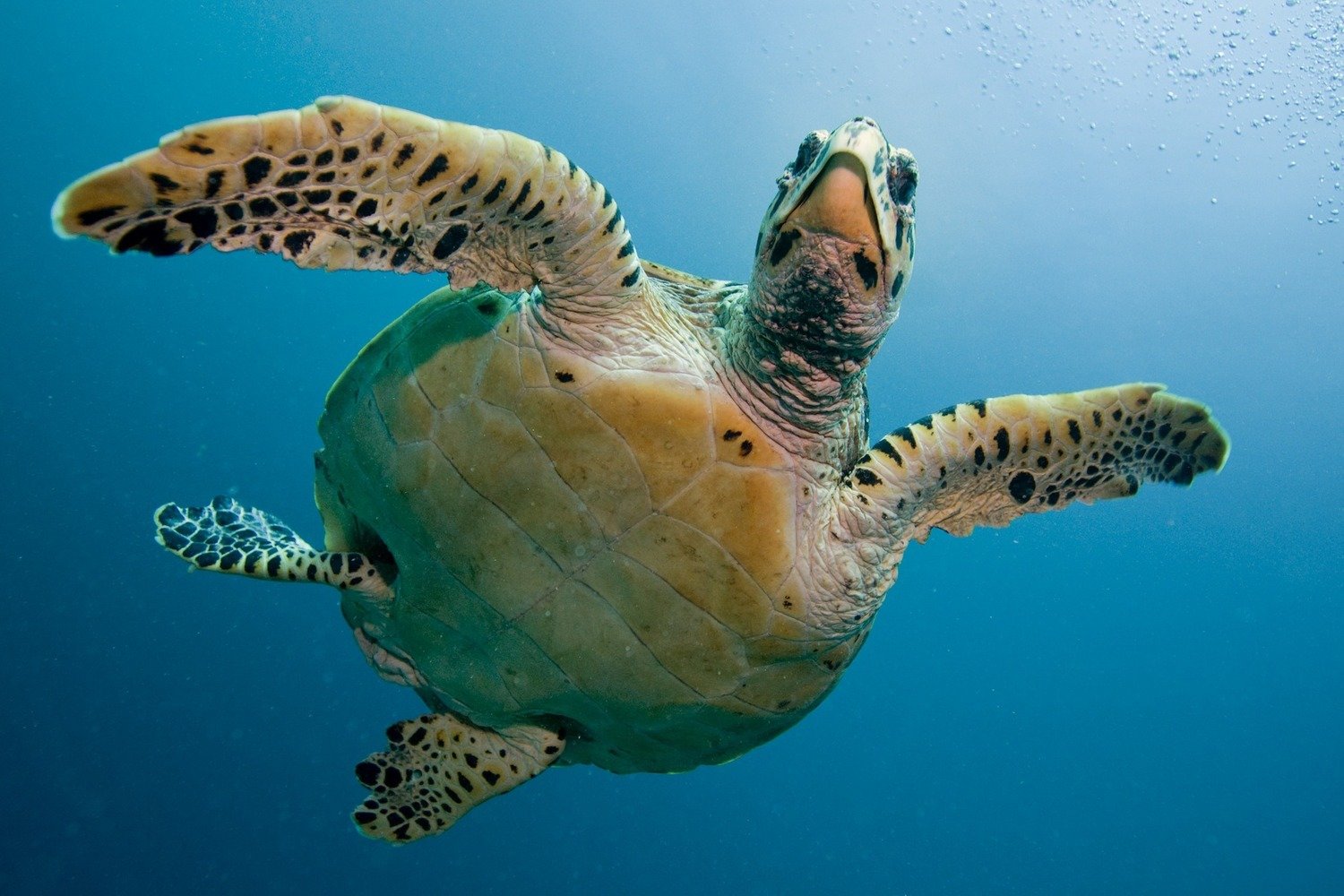 Your Adopt A Hawksbill Sea Turtle Kit comes in a Deluxe Folder and includes:

Adopt A Hawksbill Sea Turtle Kits make great gifts and can be sent directly to the recipient. Simply supply the recipient's name and mailing address as shipping information. We'll even include a letter stating the Adopt An Animal Kit is from you.

Hawksbill (Eretmochelys imbricata) sea turtles are small-to medium-sized turtles with shield-like plates on the shell. The hawksbill turtle is the source of the term "tortoise shell" because of the pattern of markings on its shell. Their beautiful shells were once prized until the hunting of sea turtles became illegal. The hawksbill gets its name from its beak which is shaped like a hawk’s. They measure 30 to 36 inches and weighs 100 to 200 pounds.