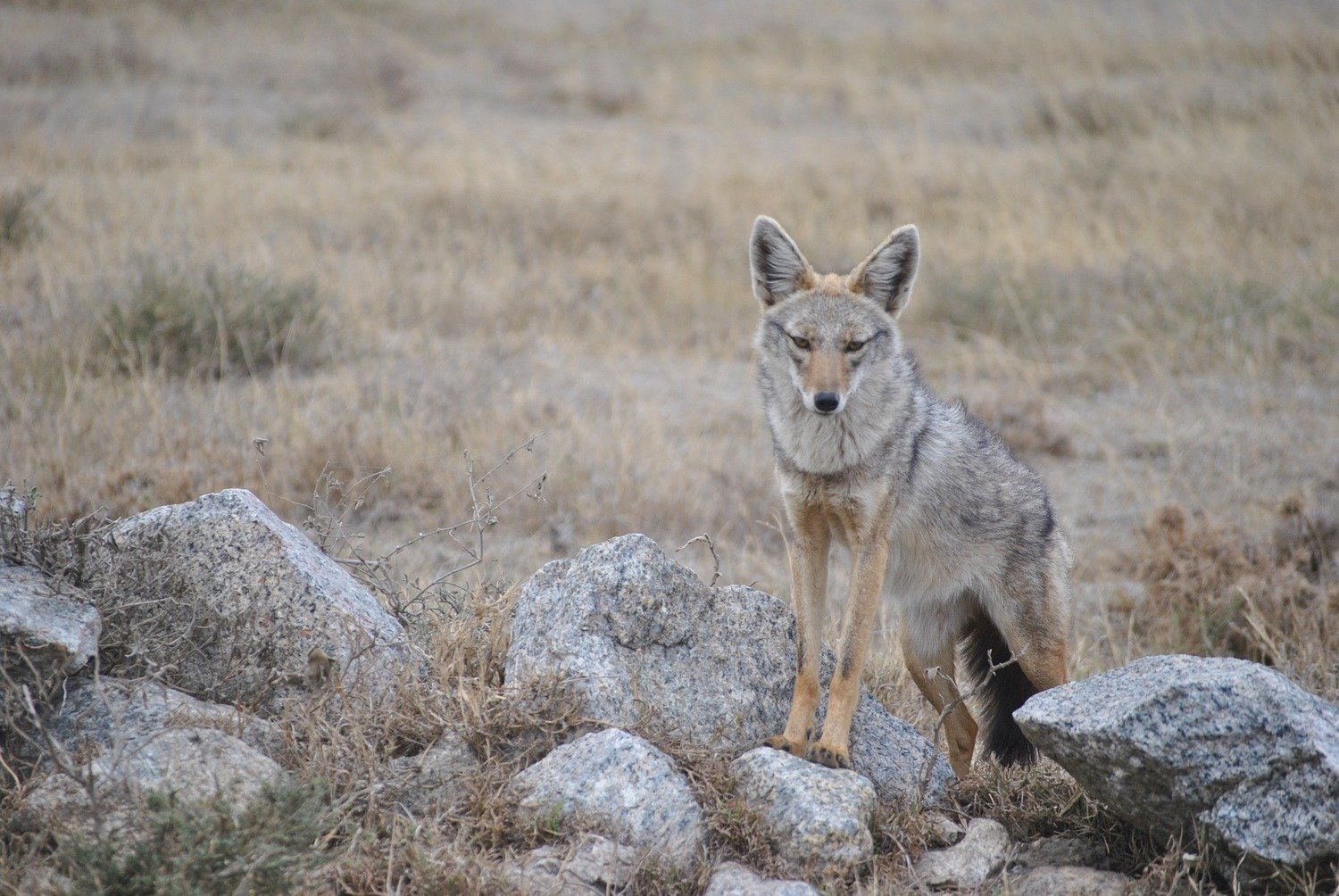 Your Adopt A Jackal Kit comes in a Deluxe Folder and includes:

Adopt A Jackal Kits make great gifts and can be sent directly to the recipient. Simply supply the recipient's name and mailing address as shipping information. We'll even include a letter stating the Adopt An Animal Kit is from you.

Jackals are medium sized members of the canine family. There are four main species of jackal: the side-striped jackal, the golden jackal, the black-backed jackal and the Ethiopian wolf jackal.

Jackals are opportunistic omnivores. They eat mostly a carnivorous diet and have adapted to hunting small mammals, reptiles and birds. Being opportunistic feeders, they eat whatever is available. Some species of jackal eat poisonous snakes. Jackals also scavenge the remains of carcasses killed by other larger predators. Many jackals, especially those in the tropics of Southeast Asia, also eat plants.

Jackals are usually nocturnal mammals, active at night. Some jackals in remote areas are more diurnal, active during the cooler times of the day. Jackals sleep in crevices in rocks and dens made by other animals. Jackals are fast running predators and can run for long periods.

Jackals live singly or in pairs, or in tribes called packs. 10 to 30 jackals can reside in a pack. Jackal community members work together to protect each other. Jackals who live in packs often hunt alone or with only one other jackal. Fewer jackals hunting together increases the chance of ambushing prey as they can be more stealthy and silent.

Jackals are territorial and defend their marked territories. Using a wide range of vocal sounds specific to each jackal family, they successfully keep other jackals away from their community. It is uncommon for jackals of other tribes to enter the territory. Verbal communication among jackals includes yips, howls, growls and owl-like hoots. Yipping calls are made when the family gathers. A siren-like howl is used to announce a food source has been found. Only family members respond to their own family's calls – ignoring the calls of other jackals.

Jackal mating season varies based on their location. African jackal mating season occurs in October. Southeast Europe jackal mating season takes place in December. Jackals in India mate throughout the year. Jackals are monogamous, mating for life. The gestation period lasts about 2 months. Typically 2 to 4 babies are born, but litters can be up to 9 cubs. Jackal babies are kept in underground dens, caves or rock crevices. Jackal mothers move the location of the den about every two weeks to prevent predators from finding the babies. Jackal babies are blind the first 10 days. They feed on their mother's milk and regurgitated meat provided by family members for the first couple of months. By the age of 6 months, young jackals are taught to hunt. Older pups help to take care of younger jackal babies.

Jackals are preyed upon by leopards, hyenas and eagles. Jackal babies are an easy target of eagles.

Jackals live up to 9 years in the wild.

Some jackals are endangered due to habitat loss, animal agriculture and hunting. As jackal habitats are lost, jackals increasingly infringe on human settlements where they can be viewed as a threat to livestock and poultry and are killed as pests.