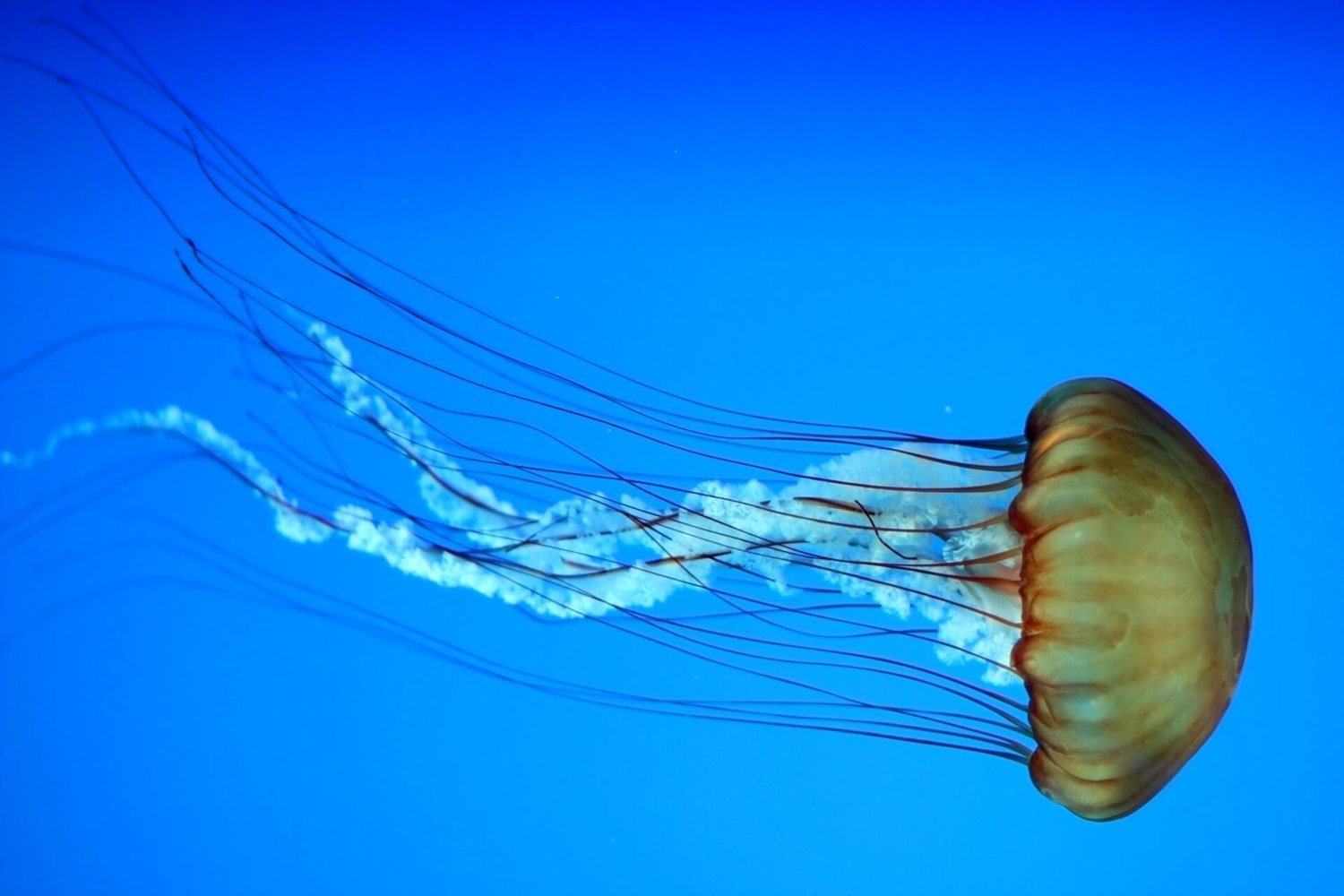 Your Adopt A Jellyfish Kit comes in a Deluxe Folder and includes:

Adopt A Jellyfish Kits make great gifts and can be sent directly to the recipient. Simply supply the recipient's name and mailing address as shipping information. We'll even include a letter stating the Adopt An Animal Kit is from you.

Jellyfish are one of the oldest animals on Earth. They appeared before dinosaurs, between 500 and 700 million years ago. Jellyfish are found in every ocean, and even in some freshwater ponds and lakes. Most jellyfish prefer warm water, but some inhabit subarctic areas. There are hundreds of different types of jellyfish. They can be found at different depths, from the water's surface to the bottom of the ocean.

Despite their name, jellyfish are not fish – they are plankton. Jellyfish are invertebrates; animals without skeletons. About 95% of their bodies are water. Jellyfish range in size from as small as a pinhead, to as long as two blue whales. They have a bell or umbrella shaped body and tentacles. Jellyfish can be vividly colored or transparent.

Jellyfish not only do not have bones, they have no brains, heads or hearts. Some species have very simple, eye-like organs called ocelli that are able to detect light.

Jellyfish are well known for their ability to sting. It is the main defense of some jellyfish, along with their often transparent bodies that makes it easy for them to hide. Jellyfish tentacles are armed with thousands of cells that house coiled, stinging threads. When another animal gets tangled in the tentacles, the venomous threads uncoil like spring-loaded harpoons. Even dead jellyfish are able to sting, and a jellyfish tentacle can still sting if it is separated from the jellyfish’s body. Jellyfish kill more people than sharks each year.

Most jellyfish are passive carnivores, feeding on plankton, fish eggs, small fish, crustaceans and other jellyfish. They use their stinging cells to catch their prey. Jellyfish have short tubes hanging from their bodies that act like mouths and digestive systems. In some species of jellyfish, the tube is surrounded by frilly pieces that look similar to curly ribbons.

Jellyfish are not the best swimmers. They rely on currents to get around. Sometimes currents gather hundreds or thousands of jellyfish into one area. These gatherings are called swarms. When jellyfish food sources are abundant, and environmental conditions are optimal, jellyfish reproduction can dramatically increase. This phenomenon is referred to as a bloom. Changing ocean conditions, including increased temperatures and low concentrations of oxygen, are creating a lot of jellyfish blooms around the world.

Jellyfish reproduce asexually or sexually. Most jellyfish are either male or female, but some jellyfish are hermaphrodites – both male and female. Some species shoot eggs from their mouths that are fertilized outside the body. Other jellyfish species carry their eggs in their mouths until the jellyfish babies form.

Jellyfish usually have two basic life stages. Jellyfish are called polyps in their first stage, growing by making buds similar to plants. Polyps stay attached to rocks on the bottom of the water. Polyps bud off into little jellyfish known as ephyra. Within a few weeks ephyra grow into medusa, or adult jellyfish.

Jellyfish have several predators, including sea turtles, sharks, swordfish, tuna, one type of Pacific salmon and other jellyfish.

Jellyfish can live over 30 years in the wild, depending on the species.

While some species of jellyfish are endangered, environmental stressors including changes in climate, pollution, overharvesting of fish, and dams have actually led to the proliferation of most jellyfish. Jellyfish populations are increasing around the world as jellyfish predators are disappearing. Increased temperatures and low concentrations of oxygen often facilitate jellyfish blooms.