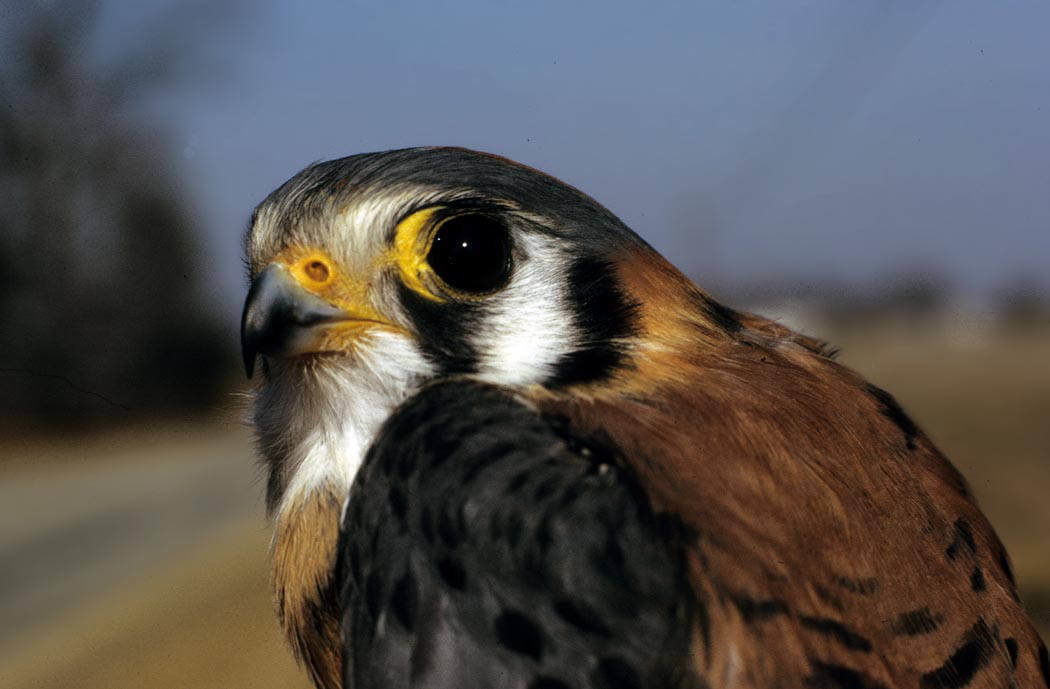 Your Adopt A Kestrel Kit comes in a Deluxe Folder and includes:

Adopt A Kestrel Kits make great gifts and can be sent directly to the recipient. Simply supply the recipient's name and mailing address as shipping information. We'll even include a letter stating the Adopt An Animal Kit is from you.

The name kestrel is given to several different members of the falcon genus, Falco. Kestrels are most easily distinguished by their typical hunting behavior which is to hover over open country and swoop down on prey, usually small mammals, lizards or large insects. Other falcons are more adapted to active hunting on the wing. Kestrels require a slight headwind in order to hover, hence a local name of windhover for common kestrel.

Kestrels' ability to spot prey is enhanced by being able to see ultra-violet which is strongly reflected by vole urine. Plumage typically differs between male and female, and (as is usual with monogamous raptors) the female is slightly larger than the male. This allows a pair to fill different feeding niches over their home range.

Kestrels are bold and have adapted well to human encroachment, nesting in buildings and hunting by major roads. Kestrels do not build their own nests, but use nests built by other species.