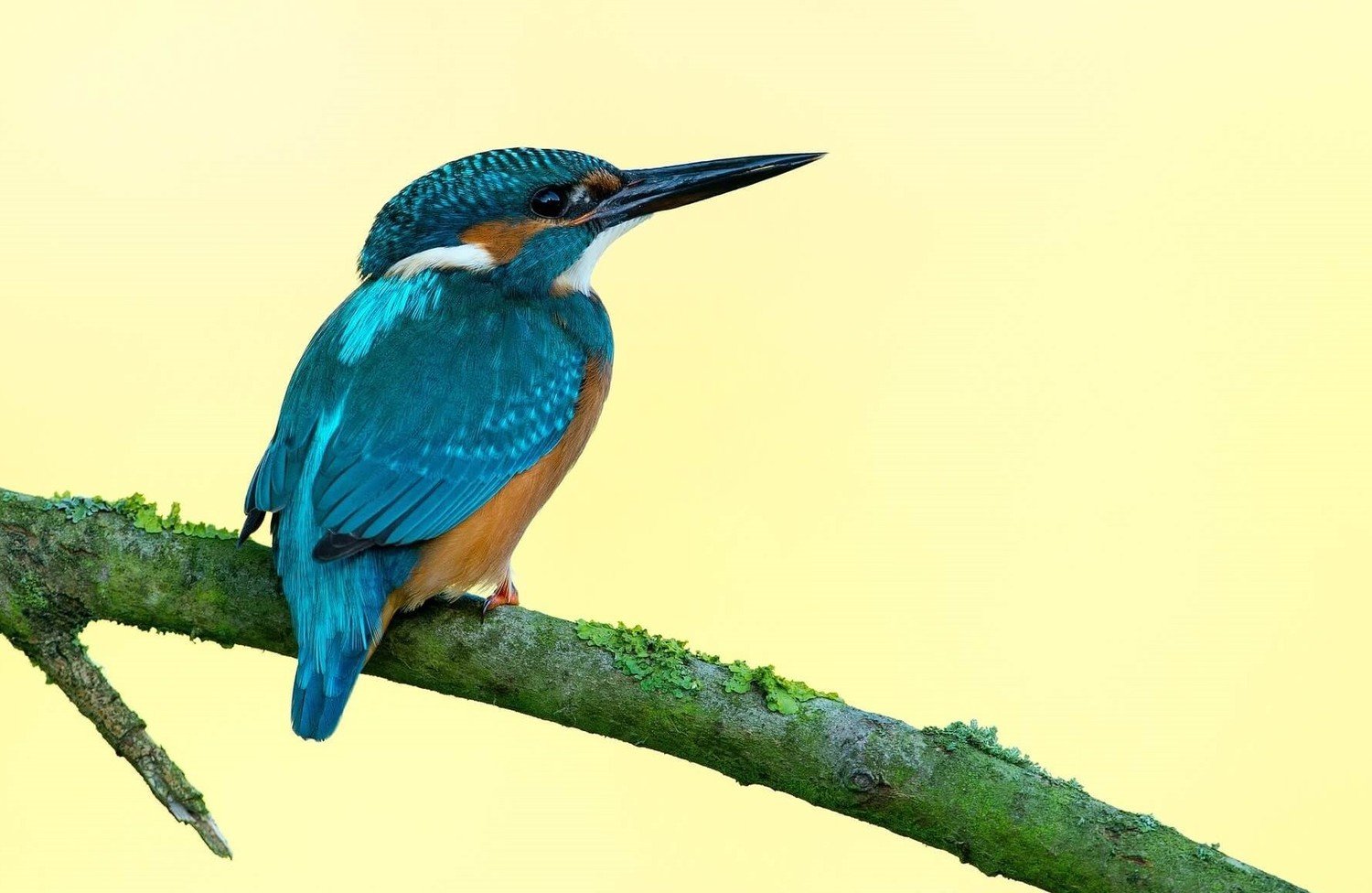 Your Adopt A Kingfisher Kit comes in a Deluxe Folder and includes:

Adopt A Kingfisher Kits make great gifts and can be sent directly to the recipient. Simply supply the recipient's name and mailing address as shipping information. We'll even include a letter stating the Adopt An Animal Kit is from you.

Kingfishers are small to medium sized birds inhabiting wetlands and woodlands throughout the world. They are well known for their brightly colored feathers, ranging in color from red to green to black. Some kingfishers have tufts of feathers on their heads which stick upwards. Other kingfisher species have flat, smooth feathers covering their bodies. Female kingfishers are more colorful than males.

Kingfishers living near water bodies feed on fish, insects, amphibians and crustaceans. They have a hard beak like a dagger for spearing fish. Kingfishers who live in woodlands feed on reptiles, birds and small mammals.

Kingfishers fly fast and direct, and can hover above water to search for, and collect, food.

Kingfishers have excellent eyesight for detection of prey. They can see into the water, adjusting for refraction which makes fish look closer to the surface than they really are. When diving into water to catch fish, kingfishers often submerge completely, folding their wings backward to create a V shape. Kingfishers can even dive through thin layers of ice.

Some kingfisher species are migratory, traveling great distances to their wintering grounds.

Kingfishers do not sing. They use a variety of calls to announce their territory, warn off other birds, and communicate with their mates and chicks. The kingfisher vocabulary includes screams, shrieks, whistles, clicks, chuckles, chirps and rattles.

Kingfishers nest in hollows in trees and holes dug into the ground near river banks or lakes. Kingfisher couples are usually monogamous. They work together to dig tunnels, positioning the nests at the end. Female kingfishers lay up to 10 eggs. Both male and female kingfishers incubate the eggs, which hatch in 3 to 4 weeks. Kingfishers produce 2 to 3 broods each year, building a new tunnel and nest each time. Baby kingfishers are dependent on their kingfisher parents until they are 3 to 4 months old.

Most kingfishers are solitary, aggressive and territorial outside of the breeding season.

Being small birds, kingfishers have numerous predators. The main natural predators of kingfishers are foxes, raccoons, snakes and cats. Kingfisher eggs are also preyed upon by predators.

Kingfishers live up to 14 years in the wild.