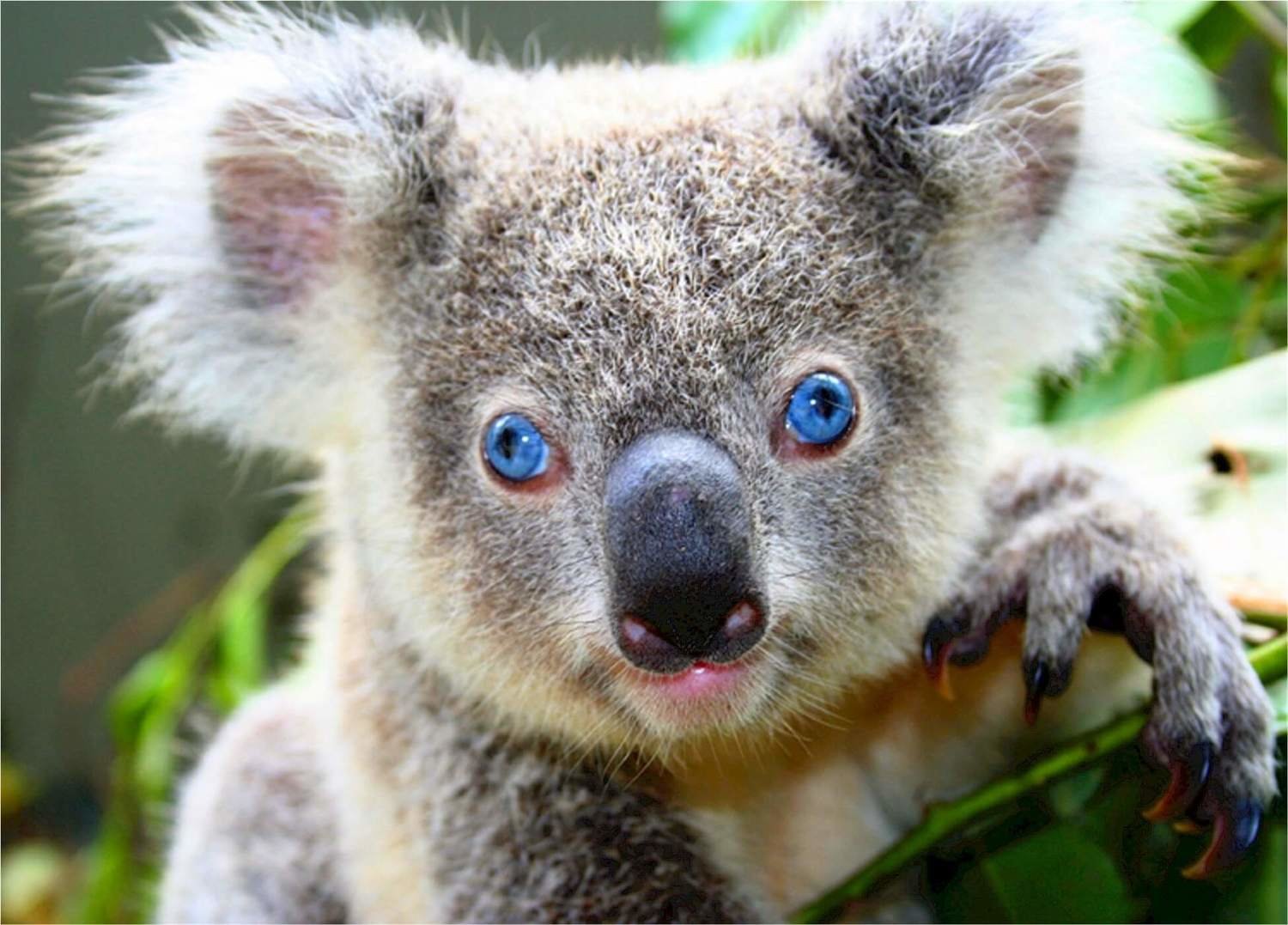 Your World Animal Foundation Adopt A Koala Kit comes in a Deluxe WAF Folder and includes:

Adopt A Koala Kits make great gifts and can be sent directly to the recipient. Simply supply the recipient's name and mailing address as shipping information. We'll even include a letter stating the Adopt An Animal Kit is from you.

Koalas have soft, wool-like fur that is gray above and white below. Their fur is mostly white on the underside below the neck, and their ears have long white hairs on the tips. The koala resembles a bear, but is actually a marsupial, a special kind of mammal which carries its young in a pouch. They are rather small, round animals, weigh about 30 pounds and on average grow to be 2 feet tall.

Koalas can live as long as 17 years, although high mortality rates (due to car fatalities and dogs) for males lower their life expectancy to 2 to 10 years. The koala's historic range stretches across Australia. Today they can be found only in Queensland, New South Wales, Victoria, and South Australia. There are fewer than 100,000 koalas left in the wild.

Nocturnal mammals, koalas sleep for up to 20 hours a day. They are arboreal, which means that they live in trees. They do not live in big groups but rather prefer to be alone. Females are solitary and occupy distinct home ranges that they rarely leave. In the more fertile areas, these ranges overlap; in areas where suitable food trees are scarce they tend to be larger and more exclusive. Males are not territorial, but do not tolerate one another, particularly not during the breeding season. Dominant individuals attack subordinate ones, and most adult males carry scars on their face, ears and forearms as a result.

The koala does not make nests, but sleeps in a tree fork or on a branch. It climbs using its powerful claws for gripping, usually moving quite slowly but can climb rapidly when needed.

The koala will leap confidently from one tree to another if they are reasonably close together. Its climbing is aided by a pair of thumbs on each paw, and it is the only other animal aside from primates to possess fingerprints. Longer distances are traversed on the ground in a slow but effective waddle. If threatened, the koala breaks into a surprisingly athletic gallop, heading for the nearest tree and bounding up it to a safe height. There the koala waits for the intruder to go away. The koala is also rather adept at swimming.

Koalas breed once a year. Gestation lasts 35 days, after which one koala is born. A baby koala is referred to as a joey and is hairless, blind and earless. At birth the joey, only the size of a jelly bean, crawls into the downward facing pouch on the mother's belly (which is closed by a drawstring like muscle that the mother can tighten at will) and attaches itself to one of the two teats. Young remain hidden in the pouch for about six months, only feeding on milk. During this time they grow ears, eyes and fur. The joey then begins to explore outside of the pouch. At about 30 weeks it has begun to eat the semi liquid form of the mother’s excrement called "pap". The baby koala will remain with the mother for another six months or so, riding on her back, and feeding on both milk and gum leaves until weaning is complete at about 12 months of age. Young females disperse to nearby areas at that time; young males often stay in the mother's home range until they are two or three years old.

Once numbering in the millions, koalas suffered major declines in population during the 1920s when they were hunted for their fur. The koala was hunted almost to extinction. Today, habitat destruction, traffic deaths, and attacks by dogs kill an estimated 4,000 koalas yearly. In recent years, some colonies have been hard hit by disease, especially chlamydia. The koala requires large areas of healthy, connected forest and will travel long distances along tree corridors in search of new territory and mates. The ever increasing human population of the coastal parts of the continent continues to cut these corridors by agricultural and residential development, forestry and road building...marooning koala colonies in decreasing areas of bush. Although the species covers a massive area, only 'pieces' of Koala habitat remain. These pieces need to be managed, protected and restored in a coordinated way. Presently, many are being lost to weeds, cleared for agriculture, or carved up by developers.

In contrast to the situation on much of the mainland, where populations are declining, the koalas of many island and isolated populations have flourished. In the absence of predators and competition, combined with an inability to migrate to new areas, koala populations can become unsustainable. Although culling has been suggested as a means to reduce koala numbers, this has met with fierce opposition both domestically and internationally, and the species remains protected. The popularity of the koala has made the possibility of a cull politically improbable, with any negative perception likely to impact on tourism and a government's electability. In place of a cull, sterilization and translocation programs have had only limited success in reducing numbers thus far, and remain expensive. There is evidence that koalas relocated to the mainland have difficulty establishing themselves in the different circumstances. A mooted alternative to the complex sterilization method, wherein the animal must first be captured, are hormonal implants that can be injected via darts.

Koalas displayed to the public for human entertainment are disturbed constantly by human visitors, putting them in an alert state which interrupts their normal activity resulting in chronic stress. This is even more hazardous for koalas than for other species, since koalas have an extremely low energy diet of eucalyptus leaves and must minimize energy by sleeping 18 to 20 hours a day. Even in captivity, koalas need to sleep most of the day. Some “wildlife parks” and zoos even allow hands-on experiences with koalas, increasing their level of stress.