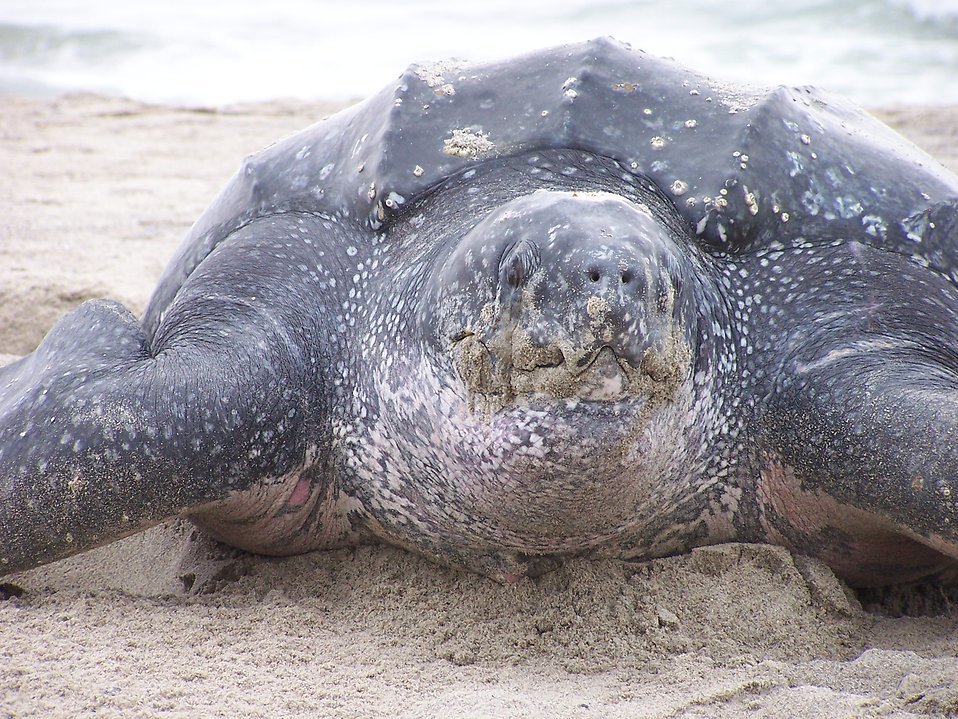 Your Adopt A Leatherback Sea Turtle Kit comes in a Deluxe Folder and includes:

Adopt A Leatherback Sea Turtle Kits make great gifts and can be sent directly to the recipient. Simply supply the recipient's name and mailing address as shipping information. We'll even include a letter stating the Adopt An Animal Kit is from you.

Leatherback (Dermochelys coriacea) is the largest living sea turtle. They average six feet long and can weigh 1,400 pounds. The leatherback has large limbs and no claws. It does not have a shell but instead has a leathery back with raised gray stripes.