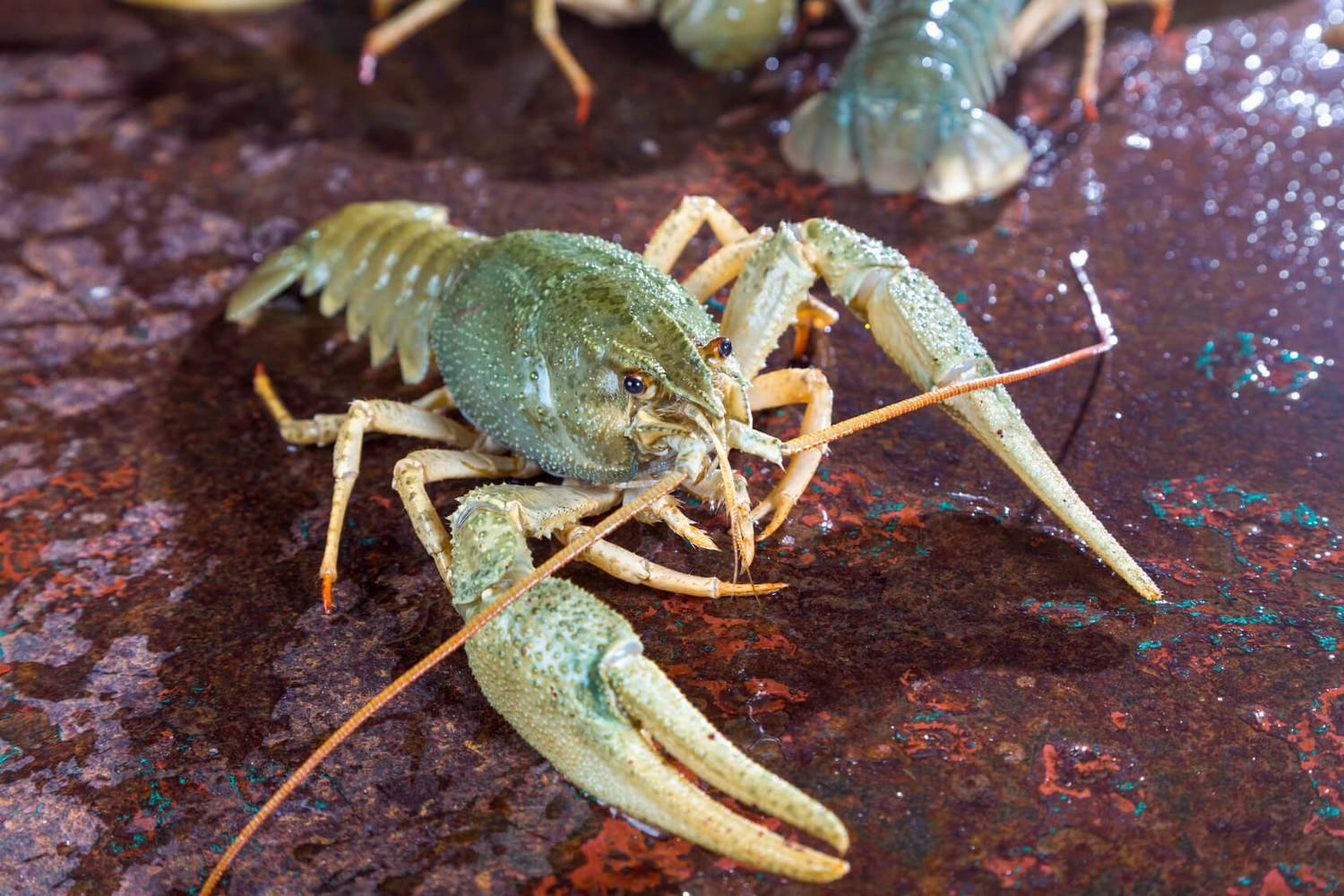 Your World Animal Foundation Adopt A Lobster Kit comes in a Deluxe WAF Folder and includes:

Adopt A Lobster Kits make great gifts and can be sent directly to the recipient. Simply supply the recipient's name and mailing address as shipping information. We'll even include a letter stating the Adopt An Animal Kit is from you.

Lobsters are found in all oceans and found on land. They live on rocky, sandy, or muddy bottoms from the shoreline to beyond the edge of the continental shelf. They generally live singly in crevices or in burrows under rocks. Like most arthropods, lobsters must moult in order to grow, which leaves them vulnerable. During the moulting process, several species change color.

Lobsters are invertebrates with a hard protective exoskeleton. In general, lobsters are 10 to 20 inches long. Lobsters have 10 walking legs; the front three pairs bear claws, the first of which are larger than the others. The lobster's head has antennae. Because lobsters live in a murky environment at the bottom of the ocean, they use their antennae as sensors. Lobsters “smell” chemicals in the water with their antennae, and they “taste” with sensory hairs along their legs. They have no vocal chords and possess two stomachs.

Lobsters move by slowly walking on the sea floor. However, when they flee, they swim backward quickly by curling and uncurling their abdomen. A speed of 11 mph has been recorded.

Lobsters, like snails and spiders, have blue blood due to the presence of hemocyanin which contains copper. In contrast, vertebrates and many other animals have red blood from iron-rich hemoglobin.

Lobsters urinate from openings located at the base of their second antennae, and also excrete from other places on their bodies including their gills and digestive glands.

Lobsters carry their young for nine months and can live to be more than 100 years old. Research suggests that lobsters may not slow down, weaken, or lose fertility with age, and that older lobsters may be more fertile than younger lobsters. Lobsters, like many other decapod crustaceans, grow throughout life, and are able to add new muscle cells at each molt. Lobster longevity allows them to reach impressive sizes. The largest known lobster weighed 44.4 lb.

Female lobsters lay thousands of eggs, each about the size of a raspberry segment. Mother lobsters carry their eggs under their abdomens. Baby lobsters can be from multiple fathers. Lobsters are serial monogamists, having one exclusive, but very short-term, relationship after another.

Lobsters are omnivores and typically eat live prey such as fish, mollusks, other crustaceans, worms, and some plant life. They scavenge if necessary and eat their shed skin after moulting. Their teeth are in their stomachs, located a very short distance from the mouth. They chew their food in their stomach between three grinding surfaces that look like molar surfaces called the “gastric mill.”

Lobsters use complicated signals to explore their surroundings and establish social relationships. They take long-distance seasonal journeys and can cover 100 miles or more each year. They can regenerate lost claws, walking legs, and antennae, though it can take several years.

Symbions are tiny aquatic animals, less than ½ mm wide, that live on the bodies of cold-water lobsters.

Lobsters are threatened by overfishing. They are commonly harvested for human consumption. More than 20 million are consumed each year in the United States alone. They are among the most heavily harvested creatures in the sea.

Lobsters can feel pain. The most common way of killing a lobster is by inhumanely placing it live in boiling water. They are sometimes also placed in a freezer for a period of time before being boiled alive. Another method is to split the lobster or sever the body in half lengthwise. Lobsters may also be killed or rendered insensate immediately before boiling by a stab into the brain (pithing), in the belief that this will stop suffering. However, a lobster's brain operates from not one but several ganglia, and disabling only the frontal ganglion does not usually result in death or unconsciousness. When kept in tanks, lobsters suffer from stress associated with confinement, low oxygen levels, and crowding. There is no humane way to kill a lobster.

Pollution is causing shell rot and other illnesses in normally disease-resistant species of lobster.