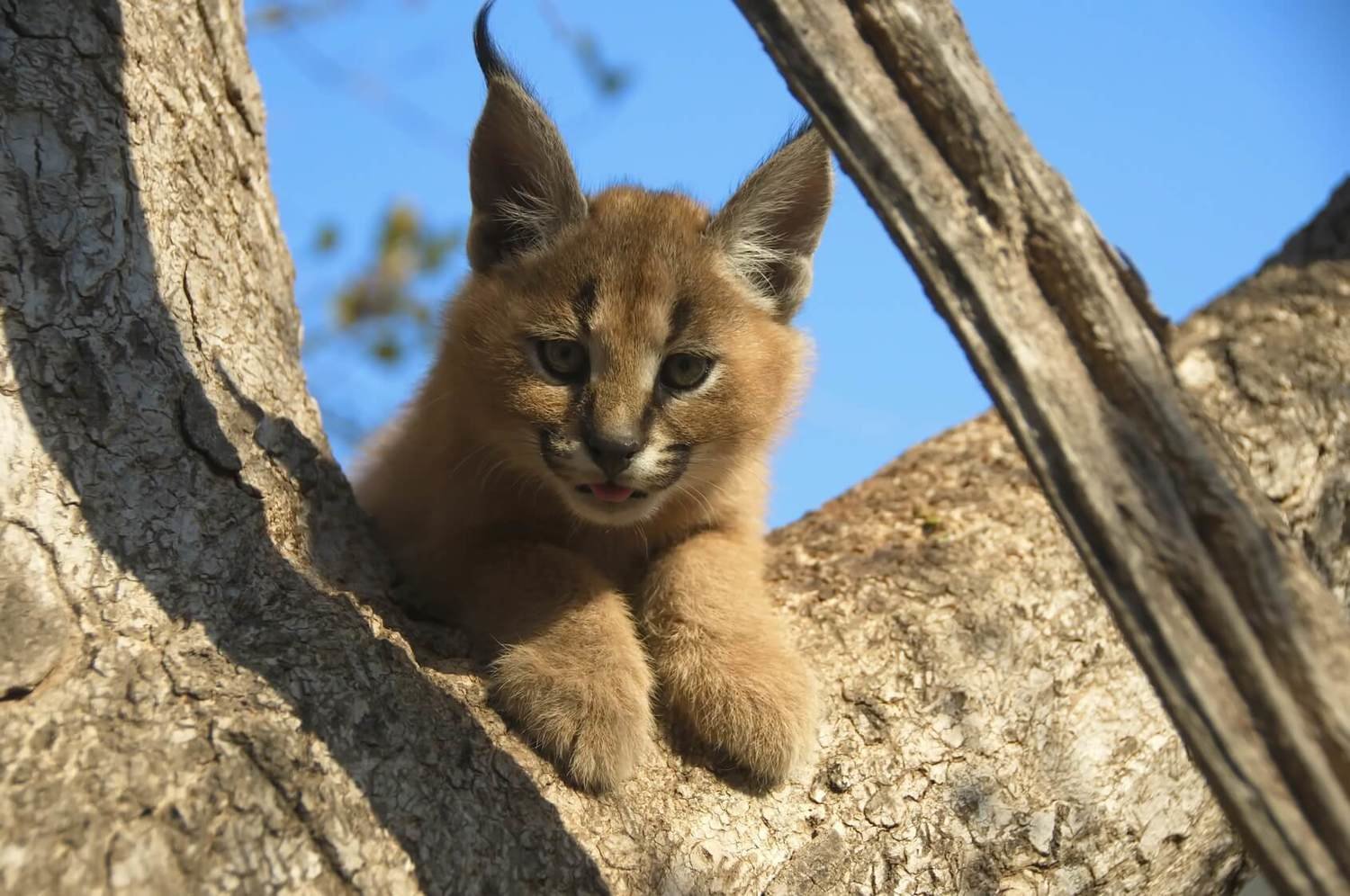 Your Adopt A Lynx Kit comes in a Deluxe Folder and includes:

Adopt A Lynx Kits make great gifts and can be sent directly to the recipient. Simply supply the recipient's name and mailing address as shipping information. We'll even include a letter stating the Adopt An Animal Kit is from you.

Lynx is a member of the cat family. There are four species of lynx within the Lynx genus: Spanish, Canadian, Eurasian lynx and the bobcat.

These medium-sized wild cats have short tails, tufts of black hair on the tips of their ears, large whiskers and a ruff under their necks with black bars resembling a bow tie. Their padded paws are large, allowing them to easily walk on snow.

The bobcat and the Canada lynx are the smallest species; the Eurasian lynx is the largest species; while each species may vary considerably.

Lynx coloring varies according their climate; from gold to beige-white to medium brown. Some have dark brown spots, especially on their legs. All lynx have white chests and bellies. The white fur extends to the insides of their legs. Lynx in the Southwestern United States are dark in color. In colder climates they are lighter in color.

The length of their fur and paw sizes also vary due to their climate. They are short-haired with smaller, less padded paws in the Southwestern United States. In colder northern climates, lynx have thicker, lighter colored fur and larger paws.

The Eurasian lynx lives in central and northern Europe across Asia up to Northern Pakistan and India. In Iran, they live in the Mount Damavand area. In North America, the Canada lynx and bobcat live in the temperate zone. Bobcats are common in the continental United States, southern Canada and northern Mexico. Canada lynx live in boreal forests of Alaska and Canada.

Lynx are usually solitary animals, though they sometimes travel and hunt together. Mating occurs once a year in late winter. A female gives birth to one to four kittens following a gestation period of around 70 days. Young lynx will live with their mother for another winter, or about nine months.

As young adults they live on their own, creating dens under ledges or in crevices. They prefer to occupy high altitude forests with dense grass, shrubs or reeds. They can climb trees and are proficient swimmers.

Their large paws help them to balance and hunt and to travel and hunt in snowy, high altitude habitats. Their acute hearing allows them to hear oncoming prey and predators over long distances. Sharp vision is another important sense used for hunting. Strong jaws and sharp teeth help the lynx to bite down on prey.

Lynx do not usually take their kill back to their den, except when a mother is providing food for her lynx kittens. They have very large ranges; the largest range of all felids. Male territories are larger and often overlap several female territories.

Lynx are nocturnal (active during the night). They are very cautious around people and predators. The main predators of lynx are cougars, coyotes, wolves, and humans.

Lynx can live over 14 years in the wild.

In many countries, the hunting of lynx is illegal. Bobcat hunting and trade is common the United States, though they are classified as a state endangered species in Ohio, New Jersey, Indiana, and Iowa - and as a State threatened species in Illinois. Regulated hunting is permitted in Mexico and in Canada.

Lynx populations have been greatly reduced due to hunting and poaching by the fur industry.

The Iberian lynx is almost extinct. They are currently being captive bred to be reintroduced to the wild. Reintroduction projects have also taken place in Europe, and resettlement attempts have been attempted in the United States.

The Spanish lynx is one of the most endangered cats in the world.

The Canadian lynx is becoming very rare in the northern United States due to hunting, habitat destruction and competition with bobcats.