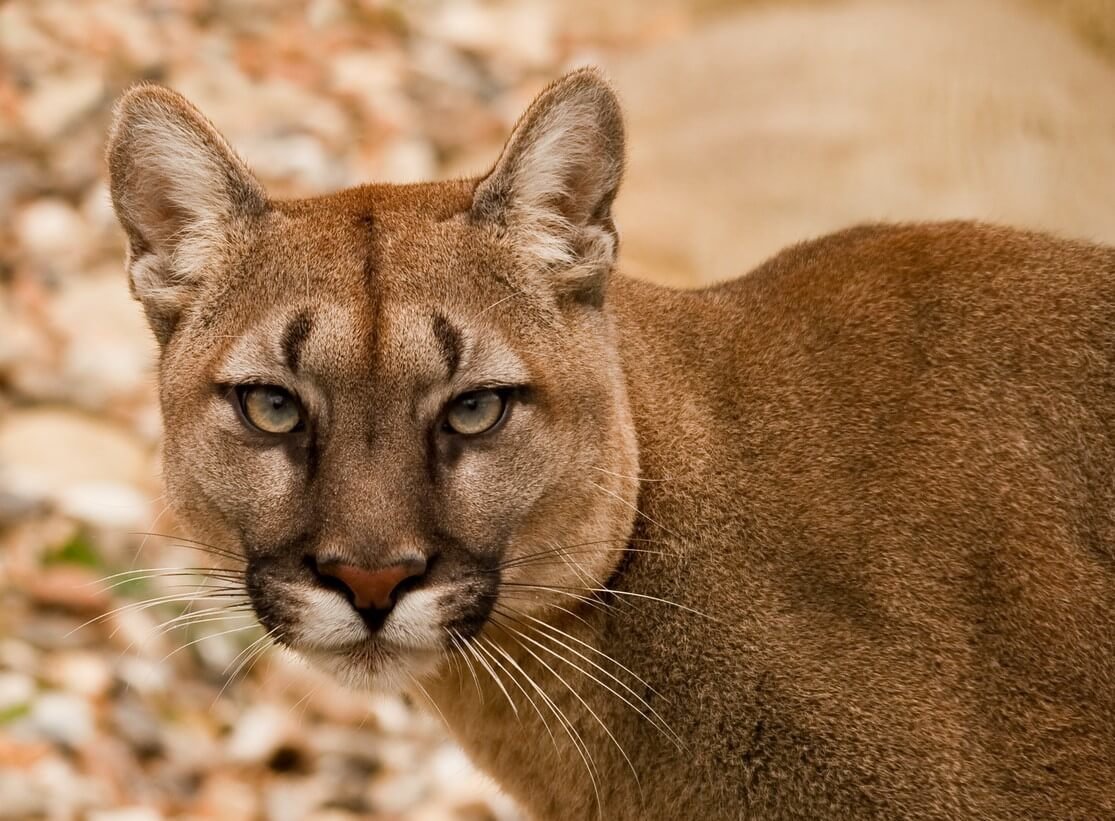 Your Adopt A Panther Kit comes in a Deluxe Folder and includes:

Adopt A Panther Kits make great gifts and can be sent directly to the recipient. Simply supply the recipient's name and mailing address as shipping information. We'll even include a letter stating the Adopt An Animal Kit is from you.

One of 30 cougar subspecies, the Florida panther is an endangered species. Panthers are tawny brown on the back and pale gray underneath, with white flecks on the head, neck and shoulder. Males weigh up to 130 pounds; females 70 pounds. Panthers live in cypress swamps and pine and hardwood hammock forests.

Originally from western Texas and found throughout the southeastern states; they are now only in Florida. Panthers feed mostly on white-tailed deer, wild hogs, rabbits, raccoons, armadillos and birds. They are solitary, territorial and often travel at night. Males have a home range of up to 400 square miles and females about 50 to 100 square miles.

Panthers reach sexual maturity at about 3 years. Mating season is December through February. Gestation lasts about 90 days and females bear 2-6 kittens. Young stay with the mother for about two years. Females do not mate again until the young have left.

Threats to panthers include habitat loss because of human development, collision with vehicles, parasites, feline distemper, feline calicivirus (an upper respiratory infection) and other diseases. The biggest threat to their survival is human encroachment. Historical persecution reduced this wide-ranging, large carnivore to a small area of south Florida. This created a tiny isolated population that became inbred.

Reduced speeding zones, construction of panther underpasses, public education, captive breeding programs and research are efforts being taken to save the Florida panther from extinction.