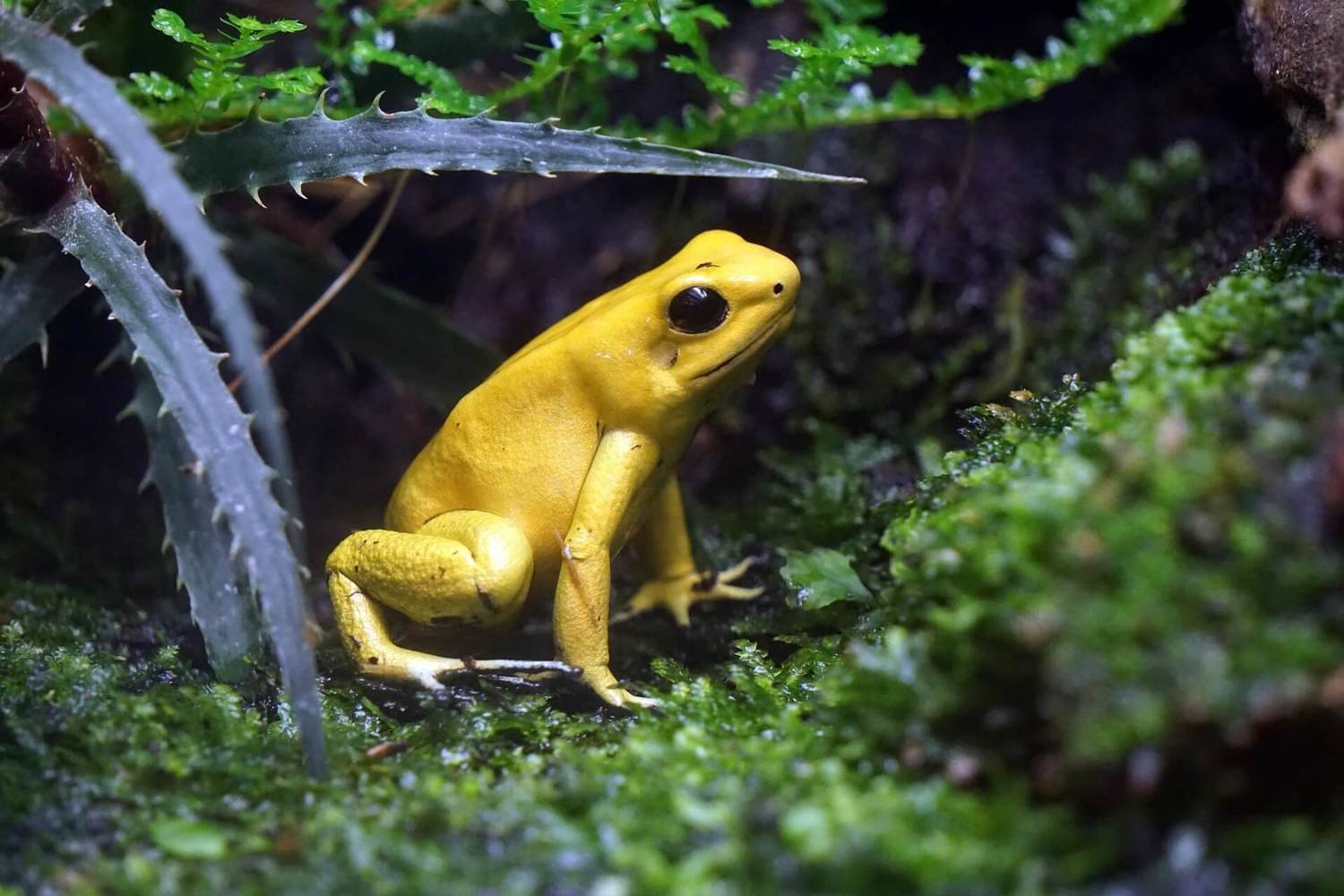 Your Adopt A Poison Dart Frog Kit comes in a Deluxe Folder and includes:

Adopt A Poison Dart Frog Kits make great gifts and can be sent directly to the recipient. Simply supply the recipient's name and mailing address as shipping information. We'll even include a letter stating the Adopt An Animal Kit is from you.

Poison dart frogs are one of the most poisonous species on Earth. They are also among the most brilliant and beautifully colored animals on the planet.

There are around 200 different poison dart frog species inhabiting jungles across Central and South America. Poison dart frogs vary in colors, size and the toxin levels that they excrete from their skins depending on their species and habitat.

Poison dart frogs, also called poison arrow frogs, get their name from the fact that indigenous peoples have used poison dart frog toxins on the tips of arrows and blow-darts.

Poison dart frogs live on the ground under leaves, logs and rocks, or in foliage just above the ground. They inhabit moist and humid forests that have low levels of pollution.

Poison dart frogs are carnivorous; they feed purely on meat. They use their long, sticky tongues to catch invertebrates, especially certain ants, termites and beetles that may build up poisons in the frogs.

Poison dart frogs are diurnal (active during the day), unlike most tropical frogs which are nocturnal (active at night).

Poison dart frogs breed throughout the year, as long as there is sufficient rainfall. They engage in elaborate courtship rituals. The male poison dart frog leads a female to a specially chosen site to lay the eggs. Often several sites are visited before one is chosen. Courtship can last several hours and involves a mating dance of mutual stroking and cleaning of the leaves. The female poison dart frog then deposits her eggs into dark, moist leaf litter. Males fertilize the eggs. Both males and females guard the eggs and watch to make sure they don't dry out.

Many poison dart frogs are devoted parents. They carry both eggs and babies on their backs. Some poison dart frogs carry eggs from the ground to the safety of the tree canopy. The eggs stick to mucus on the mother's back while she transports them to a water-pool in a flower high up in the trees. The mother poison dart frog continuously lays unfertilized eggs in the water for her newborn babies to eat. Male poison dart frogs can be exceptional parents, attending to the babies, sometimes exclusively, and also performing transportation duties. Baby poison dart frogs, called tadpoles, eat a variety of foods from algae and detritus, to dead insects and insect larvae. After several months, tadpoles go through metamorphosis and transform into frogs.

Poison dart frogs can live over 10 years in the wild.

Poison dart frogs are alarmingly threatened by the illicit pet trade. Though protected by law, they are smuggled illegally then condemned to an unnatural life in a small aquarium for human amusement. 90 percent of exported poison dart frogs die in transport. The pet trade is also responsible for the spread of a fungus that has decimated poison dart frogs – the greatest disease-caused loss of biodiversity, both plant and animal, in recorded history.