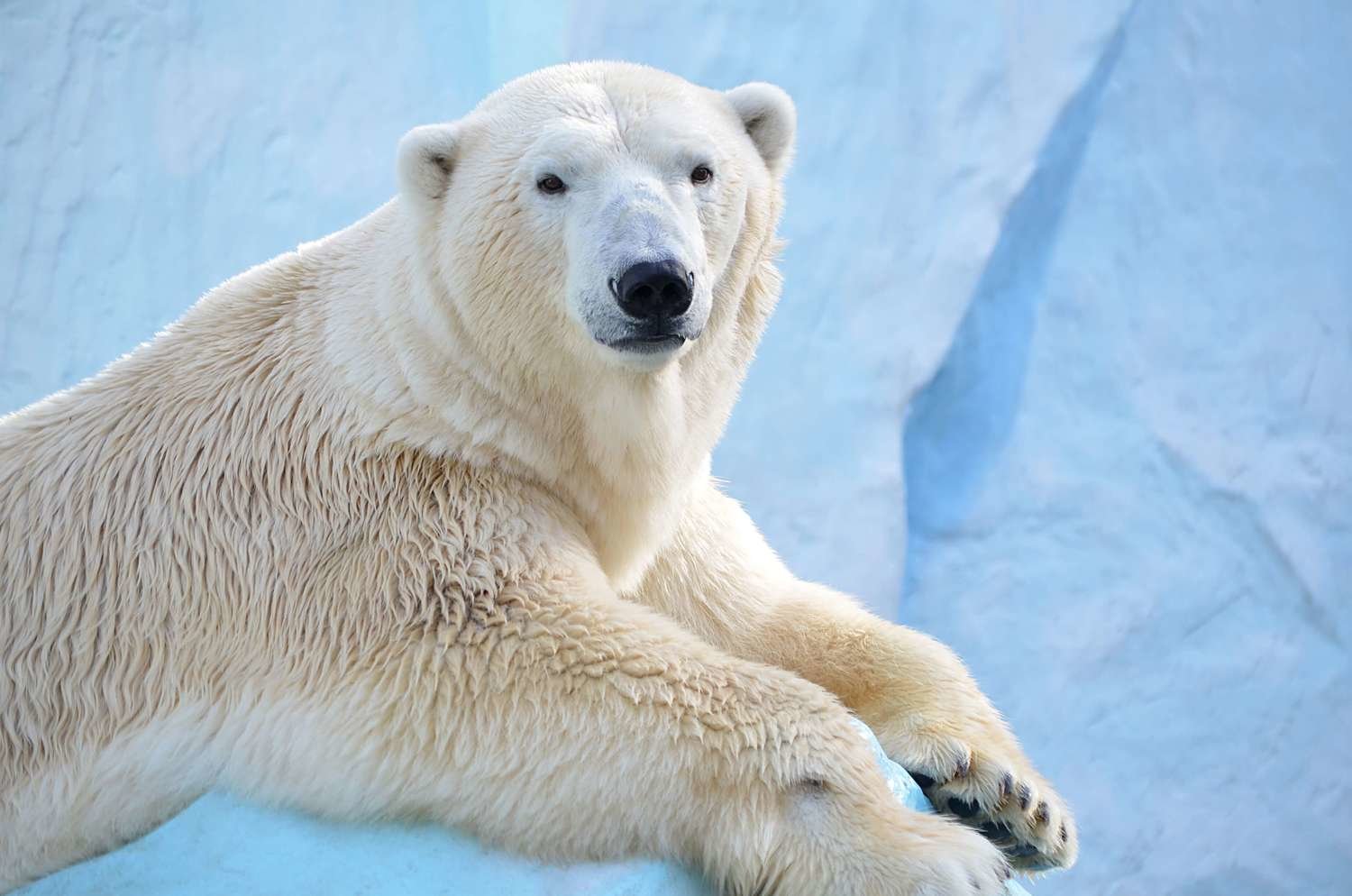 Adopt A Polar Bear Kits make great gifts and can be sent directly to the recipient. Simply supply the recipient's name and mailing address as shipping information. We'll even include a letter stating the Adopt An Animal Kit is from you.

The polar bear rivals the Kodiak bear as the largest four-footed carnivore on earth and can live up to 25 years. Although the polar bear’s coat appears white, each individual hair is actually a clear hollow tube that channels the sun’s energy directly to the bear’s skin and helps it stay warm. The polar bear’s entire body is furred, even the bottom of its paws. That helps prevent bears from slipping on the ice. The polar bear is classified as a marine mammal. Its feet are partially webbed for swimming, and its fur is water-repellent. A formidable predator, it has extremely sharp claws.

Worldwide there are thought to be 22,000-27,000 polar bears in 19 separate populations. They can be found in the United States, Canada, Russia, Greenland and on the Arctic islands of Norway. There are estimated to be about 3,000 to 5,000 polar bears in Alaska.

Polar bears are found throughout the Arctic and are the most nomadic of all bear species. They travel an average of 5,500 miles a year or 15 miles a day. In the United States, polar bears are located in two Alaskan populations: the Chukchi/Bering Seas of western Alaska and the Beaufort Sea off northern Alaska. The entire circumpolar Arctic region is polar bear habitat. They are equally comfortable in the water and on land. Polar bears can be found on pack ice, coastal islands, coastlines and even out in Arctic waters. They are exceptional swimmers and have been observed in the sea more than 100 miles from the nearest land or pack ice.

Polar bears are strictly carnivores and feed or scavenge only meat. Their primary prey is the ringed seal though they also take bearded, harp and hooded seals and the occasional walrus youngster. They will also scavenge walrus and whale carcasses. That sometimes results in temporary aggregations of polar bears at such sites. Other species, such as the Arctic fox, rely entirely upon "polar bear left-overs" after the bears have eaten their fill of seal skin and blubber, leaving the remaining meat for such scavengers.

The two main focuses of this solitary creature's life are to conserve energy and to hunt. Only pregnant females dig dens and hibernate in the traditional sense for extended periods. The other bears may enter into what is referred to as "walking hibernation" where they remain active and continue to hunt and feed, even though some of their metabolic processes may slow (decreased heart rates, respiration, lowered temperatures, etc.). Polar bears depend mostly on their sense of smell to determine the location of prey. Their white coats make great camouflage for hunting seals, and they will wait patiently for hours next to a seal’s air hole waiting for the seal to take a breath. Once the seal arrives, the polar bear will use its immense strength and sharp claws to clutch the seal and drag it through the small blowhole.

Females are able to breed at the age of five years. They dig dens either on the coastal mainland or out on the drifting pack ice in late October or early November, and then remain denned until the next spring. An average of two cubs are born, each weighing about 1 pound at birth and growing to about 15 pounds by the time they emerge in the spring. The cubs have much to learn and usually remain with their mothers for more than two years.

Polar bear populations must have pack ice to survive and can travel thousands of miles over the course of a year, following the advance and retreat of sea ice. Seal populations are abundant on pack ice, where currents and wind interact with the ice, continually melting and refreezing the edges, making it accessible to both predator and prey.

Older, stable pack ice is essential to the polar bear’s continued existence. It is where polar bears hunt, mate and den. Pregnant females make dens in the soft deep snows of the ice. They will give birth in these dens and the snow will insulate both mother and cubs over the harsh Arctic winter. Without a stable ice pack to accumulate sufficient snow, there can be no dens. The ice is also the seal’s habitat. Polar bears are strong swimmers, but they are not adept at catching seals in open water. The ice is necessary for successful hunts, where the bears stalk the seals using their breathing holes. Changes in the conditions of the ice have forced seals to move and give birth in different areas, making it more difficult for the polar bears to find and feed on them. Without ready and plentiful food, pregnant female polar bears cannot build the fat reserves they need to survive a denning period.

With shrinking ice and inaccessibility to prey, polar bears could be extinct by 2050. Their habitat is melting away. When animals lose their natural habitat they will seek other means to secure food. Just as black bears will come into towns and communities in search of food, polar bears, attracted by garbage or animal carcasses, will enter areas of human population. When they do so, they can be killed. Although it is illegal to kill a polar bear, human caused mortality still remains a factor in the decline of this endangered animal.

To help save the polar bear, we must support strengthening of the Endangered Species Act and include the polar bears’ prey base, suspend new Arctic gas and oil development until the bear population and their sea-ice habitat are fully protected and eliminate all trophy hunting throughout the Arctic. Laws against poaching must be strictly enforced and programs implemented that offer rewards for information leading to their conviction.