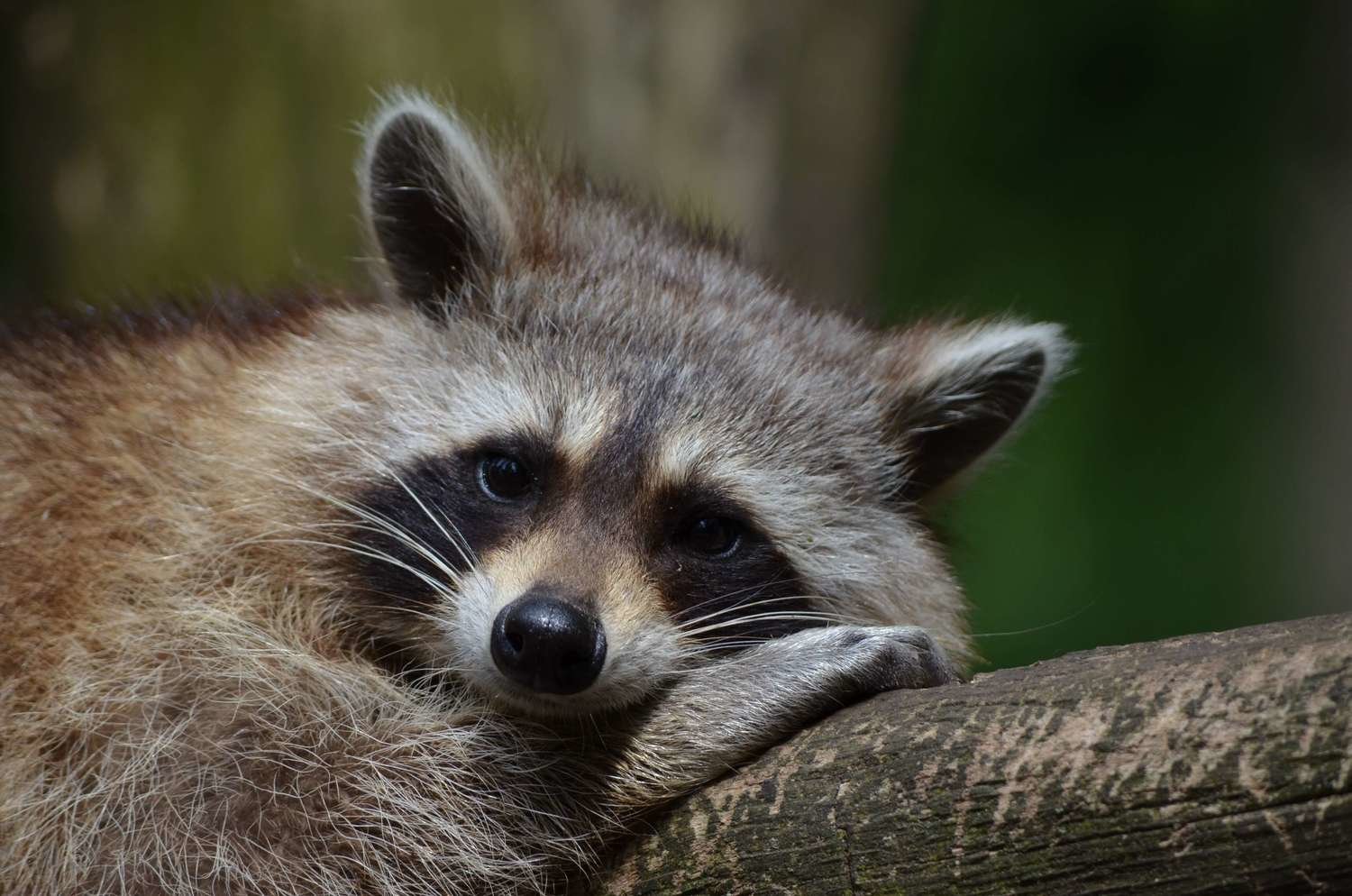 Your Adopt A Raccoon Kit comes in a Deluxe Folder and includes:

Adopt A Raccoon Kits make great gifts and can be sent directly to the recipient. Simply supply the recipient's name and mailing address as shipping information. We'll even include a letter stating the Adopt An Animal Kit is from you.

Raccoons are medium-sized mammals native to North America. The raccoon is the largest of the procyonid family, having a body length of 16 to 28 inches and a body weight of 8 to 20 lb. Two of the raccoon's most distinctive features are its extremely dexterous front paws and its facial mask - the area of black fur around the eyes which contrasts sharply with the surrounding white face coloring. This is reminiscent of a "bandit's mask" and has thus enhanced the animal's reputation for mischief. Raccoons are noted for their intelligence.

The original habitats of the raccoon were deciduous and mixed forests, but due to their adaptability they have extended their range to mountainous areas, coastal marshes, and urban areas. As a result of escapes and deliberate introductions in the mid-20th century, raccoons also now live across the European mainland, the Caucasus region and Japan. Although they have thrived in sparsely wooded areas in the last decades, raccoons depend on vertical structures to climb when they feel threatened. Therefore, they avoid open terrain and areas with high concentrations of beech trees, as beech bark is too smooth to climb. Tree hollows in old oaks or other trees and rock crevices are preferred by raccoons as sleeping, winter and litter dens. If such dens are unavailable or accessing them is inconvenient, raccoons use burrows dug by other mammals, dense undergrowth or tree crotches. Since amphibians, crustaceans, and other animals found around the shore of lakes and rivers are an important part of the raccoon's diet, lowland deciduous or mixed forests abundant with water and marshes are the favorite homes of raccoons.

The shape and size of a raccoon's home range varies depending on age, sex, and habitat, with adults claiming areas more than twice as large as juveniles.

Home range sizes vary anywhere from 7 acres for females in cities to 20 square miles for males in prairies. Irrespective of whether the home ranges of adjacent groups overlap, they are most likely not actively defended outside the mating season if food supplies are sufficient. Odor marks on prominent spots establish home ranges and identify individuals.

Raccoons recognize the facial expression and posture of other members of their species more quickly because of the conspicuous facial coloration and the alternating light and dark rings on the tail. The dark mask may also reduce glare and thus enhance night vision. On other parts of the body, the long and stiff guard hairs, which shed moisture, are usually colored in shades of gray and, to a lesser extent, brown. The dense underfur, which accounts for almost 90% of the coat, keeps raccoons well insulated against cold weather.

Raccoons engage in gender-specific social behaviors and are not typically solitary, as was previously thought. Related females often live in a so-called "fission-fusion society", that is, they share a common area and occasionally meet at feeding or resting grounds. Unrelated males often form loose male social groups to maintain their position against foreign males during the mating season—or against other potential invaders. These groups usually consist of up to four individuals. Since some males show aggressive behavior towards unrelated kits, mothers will isolate themselves from other raccoons until their kits are big enough to defend themselves.

Though usually nocturnal, the raccoon is sometimes active in daylight to take advantage of available food sources. Its diet consists of about 40% invertebrates, 33% plant material and 27% vertebrates. While its diet in spring and early summer consists mostly of insects, worms, and other animals already available early in the year, it prefers fruits and nuts, such as acorns and walnuts, which emerge in late summer and autumn and represent a rich calorie source for building up fat needed for winter. Contrary to popular belief, raccoons eat active or large prey such as birds and mammals only occasionally. When food is plentiful, raccoons can develop strong individual preferences for specific foods.

Raccoons usually mate in a period triggered by increasing daylight between late January and mid-March. During the mating season, males restlessly roam their home ranges in search of females in an attempt to court them during the three to four day period when conception is possible. These encounters will often occur at central meeting places. Copulation, including foreplay, can last over an hour and is repeated over several nights. The weaker members of a male social group also get the opportunity to mate, since the stronger ones cannot mate with all available females. If a female does not become pregnant or if she loses her kits early, she will sometimes become fertile again 80 to 140 days later. After 63 to 70 days, a litter of typically two to five young is born. The average litter size varies widely with habitat, ranging from 2.5 in Alabama to 4.8 in North Dakota. Males have no part in raising young. The kits (also called "cubs") are blind and deaf at birth, but their mask is already visible against their light fur. After six to nine weeks, they begin to explore outside the den, consuming solid food for the first time. After this point, their mother suckles them with decreasing frequency. They are usually weaned by 16 weeks. In the fall, after their mother has shown them dens and feeding grounds, the juvenile group splits up. While many females will stay close to the home range of their mother, males can sometimes move more than 12 miles away. However, mother and offspring may share a den during the first winter in cold areas.

Young raccoons are vulnerable to losing their mother and to starvation, particularly in long and cold winters. The most frequent natural cause of death in the North American raccoon population is distemper, which can reach epidemic proportions and kill most of a local raccoon population. In areas with heavy vehicular traffic and extensive hunting, these factors can account for up to 90% of all deaths of adult raccoons. The most important natural predators of the raccoon are bobcats, coyotes, and great horned owls, the latter mainly preying on young raccoons.

Raccoons’ lives are often cut short by the inhumane fur industry. Like foxes, raccoons are hunted by starved dogs and often suffer in steel-jaw traps, where they endure hours of agony before they are killed—or chew an arm or leg off in an effort to escape. Raccoons are also raised on “fur farms”, often in horrific conditions. Raccoons are sometimes kept as pets, which is inhumane because the raccoon is not a domesticated species. Raccoons may act unpredictably and aggressively from the extreme stress of captivity.