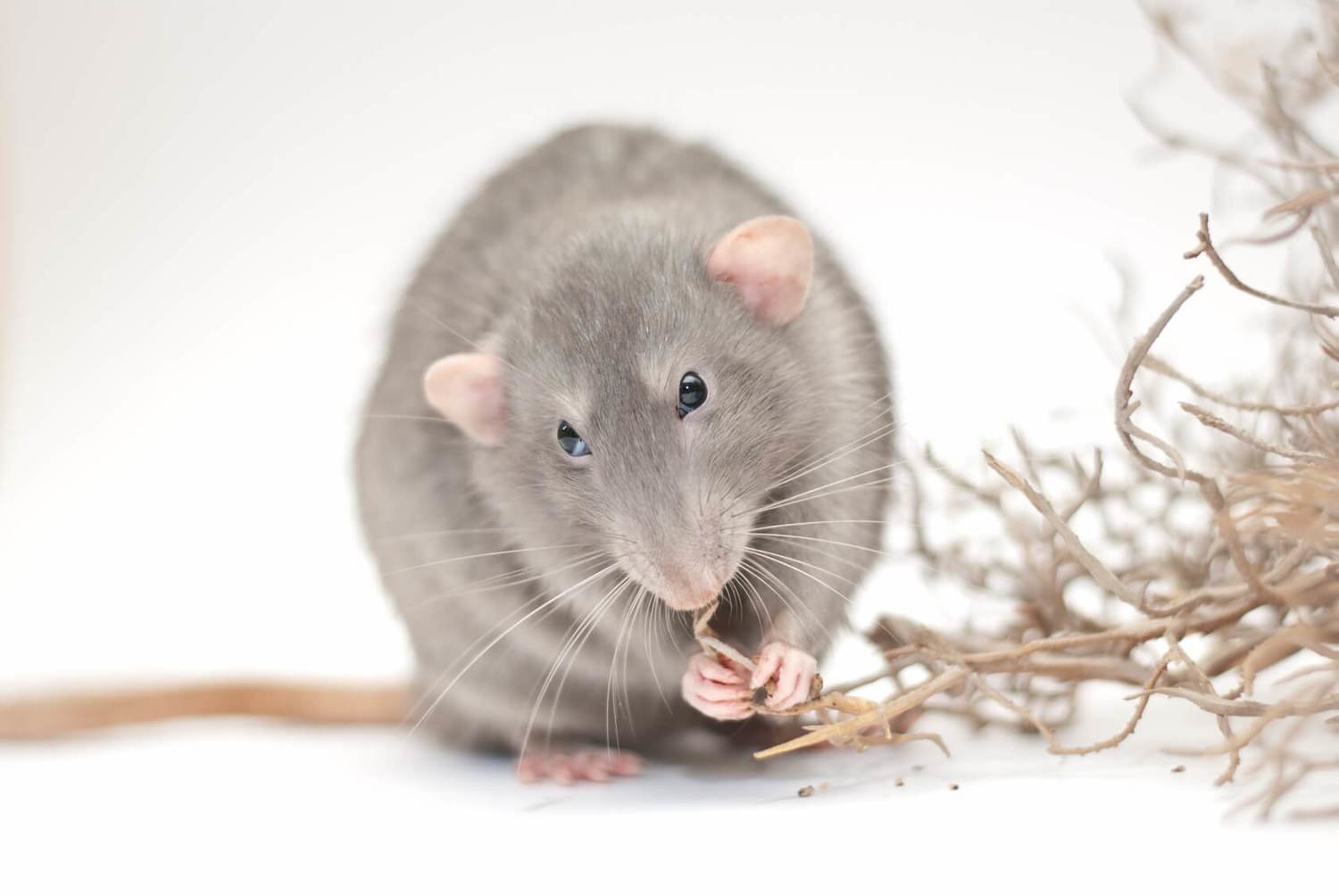 Your Adopt A Rat Kit comes in a Deluxe Folder and includes:

Adopt A Rat Kits make great gifts and can be sent directly to the recipient. Simply supply the recipient's name and mailing address as shipping information. We'll even include a letter stating the Adopt An Animal Kit is from you.

Rats are found naturally throughout the world. They originated in Asia and migrated around the globe as accidental passengers on human voyages. They are one of the most widely spread and adaptable animals on the planet.

The two most common species are the black rat and the brown rat. They are generally much larger than mice. Rats usually live in small, dark places. They are scavenger animals and omnivores, feeding on plant and animal matter.

Rats are often viewed as pests in both urban and rural areas, but they are an important part of the ecosystem, including a source of food for many birds, reptiles and mammals.

Rats can carry and spread diseases, though they rarely spread diseases to humans. When they do, it is usually caused by infected fleas living on the rats.

Rats are fast breeders and give birth to large litters. They are able to reproduce at only 5 weeks of age. Mother rats give birth to 6 and 10 babies after a gestation period of 22 days.

Rats were first bred as “pets” in the 1800s. Just like dogs, rats are supplied to pet stores by mass breeders, who aggravate the problem of these species’ overpopulation and the resulting abandonment and abuse. Shipped to distributors in small, cramped containers that are breeding grounds for parasites and viral and bacterial infections, rats often reach the pet store ill, malnourished, and/or pregnant. Small animals represent a small profit for pet stores, and their deaths represent a minor loss. Their living conditions in pet stores generally reflect this.

Prospective guardians of rats should keep in mind that they may require veterinary treatment and that this can be as expensive for them as it is for cats or dogs. Further, most domestic rats carry Mycoplasma pulmonis, which can develop into active respiratory illness and pneumonia if it is triggered by stress or illness. Rats are social but territorial animals. A lone, caged rat will languish, but two or more crowded together without adequate space may fight. A 15-gallon aquarium or a wire enclosure of equivalent size is a minimum requirement for two animals, and you should never mix males and females or different species.

If you are determined to have rats, adopt – don't buy. Adoption is a far better choice than supporting a pet store. Like all other companion animals, rats are often abandoned to local humane societies and animal shelters.