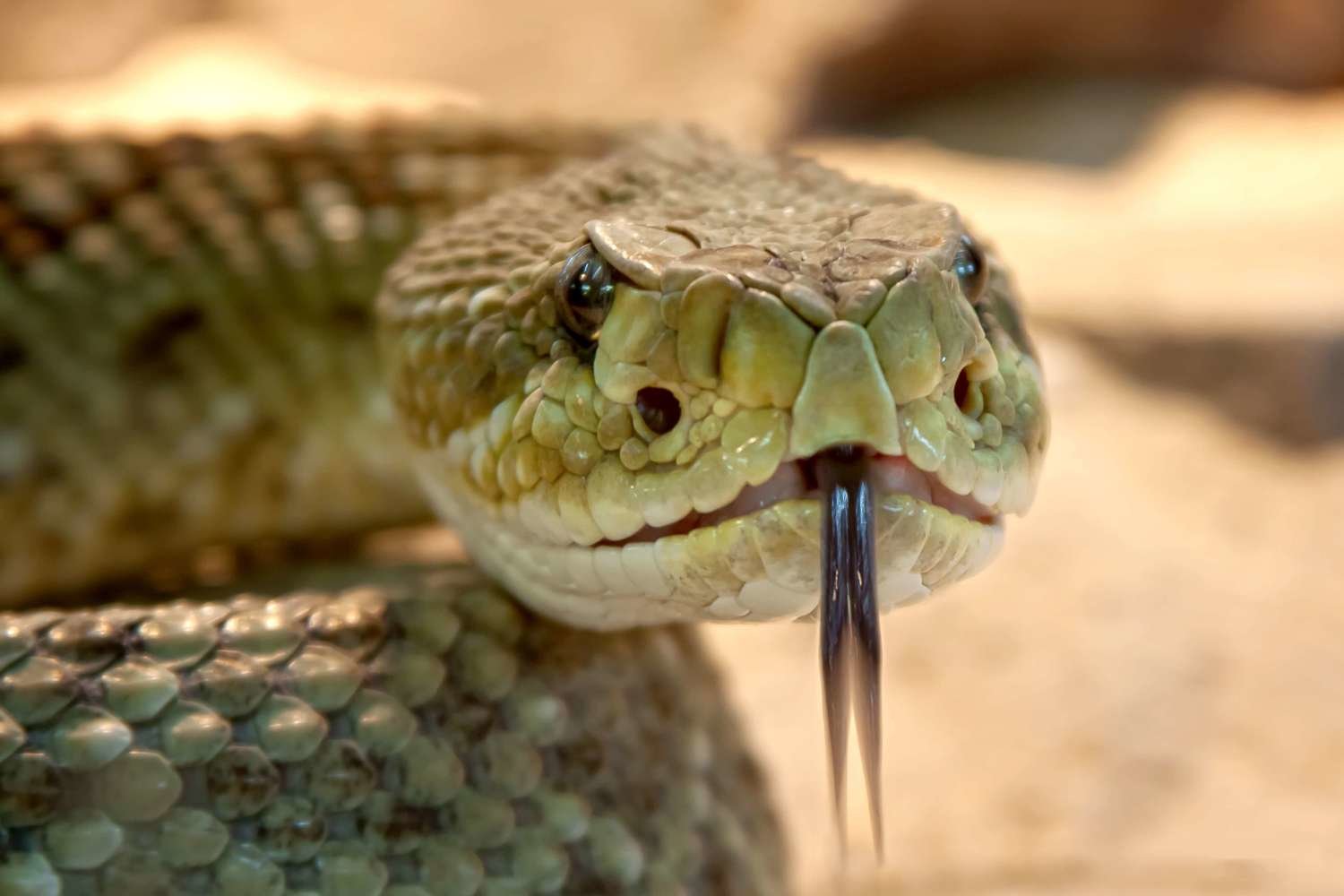 Your World Animal Foundation Adopt A Rattlesnake Kit comes in a Deluxe WAF Folder and includes:

Adopt A Rattlesnake Kits make great gifts and can be sent directly to the recipient. Simply supply the recipient's name and mailing address as shipping information. We'll even include a letter stating the Adopt An Animal Kit is from you.

Rattlesnakes are a group of venomous (poisonous) snakes that live in a wide range of habitats, and have the scientific name Crotalus cerastes. There are 32 known species of rattlesnakes, and they can be found all over the Americas, ranging from Alberta and British Columbia, Canada, to as far south as Argentina. These fascinating snakes get their name from the rattle at the end of their tails – when the snake shakes the rattle, it makes a loud noise that helps to defend the snake by warning off predators or passing larger animals. It’s basically the snake’s way of saying ‘watch your step!’

The living environment that rattlesnakes prefer can be different from species to species, though many types of rattlesnakes live near open, rocky areas that can give them protective cover from predators that might eat them. Rocks are also a great place for rattlesnakes to warm themselves by basking, and also for them to find the types of prey that they need to eat. Rattlesnakes can also be found in many other types of habitats as well, however, including prairie, marsh, and forest homes. They tend to prefer to live in temperatures between 80 and 90 degrees Fahrenheit, but they’re also fairly hardy, tolerating short periods when temperatures go below freezing, and they’re even able to survive for days at a time when the temperature is as cold as 37 degrees Fahrenheit.

Rattlesnakes are predators, meaning that they hunt and eat small animals like birds, mice, rats and lizards. They lie in wait for their prey, and sense small animals using heat-sensing ‘pits’ on their faces. They kill prey by quickly striking and biting it, injecting a large amount of venom through their fangs into the animal, which causes rapid internal damage and bleeding. Some types of rattlesnakes, like the tiger rattlesnake and the Mojave rattlesnake, can actually paralyze using their venom, too.

As well as using their eyes to find their bitten prey as it runs away, rattlesnakes find and follow an animal’s scent. They then check for signs of life using their odor-sensing tongue and touch before eating their meal headfirst. It might surprise you to learn that a rattlesnake’s gastric juices are powerful enough to digest even the bones of their prey! If the snake has found a large enough meal, they’ll usually find a warm, hidden place to curl up in for a rest while they digest.

Although rattlesnakes get most of their needed moisture from the animals that they eat, they do need to drink some water as well to stay hydrated. They have a few different ways of drinking that probably look quite strange to us. In bigger bodies of water, like creeks or ponds, they put their entire head under the surface and open and close their jaws to suck in water. With small puddles or dewdrops, though, they ‘sip’ the water, or flatten their lower jaw and allow the water to run into their mouth.

These snakes have many other distinctive features as well. Their skin is made up of overlapping scales that protect their body from head to tail, and unlike their flashier relatives, rattlesnakes tend to be intricately patterned in earth tones to provide the best camouflage from their predators. A rattlesnake can feel changes in air temperature though its skin, which is important for helping it to find warm locations or protective shelters. Rattlesnakes are ectotherms, meaning that they can’t keep themselves warm – instead, they have to exchange heat with their environment to change their body temperature, basking on rocks and warm earth to absorb heat.

The sound of these snakes is unmistakable. A rattlesnake’s rattle is actually composed of scales that are made of keratin, creating several hollow, interlocked tail segments at the end of the snake’s body. The snake ‘rattles’ by squeezing and relaxing special muscles in their tail, making the segments vibrate together to make a loud noise. A rattlesnake can contract these muscles up to fifty times per second, for as long as three hours! Rattlesnakes travel with their rattles in the air to protect them, and a new tail segment is added each time the snake sheds its skin.

Interestingly, rattlesnakes also have a very good sense of smell, and use their tongues to carry smells into their mouths to their Jacobson’s organs – special organs that detect chemicals called pheromones. Although they tend to rely more on scent than sight, rattlers also have enough sight ability to spot movement during both the day and night, and they even possess some amount of color vision, too.

As adults, male rattlesnakes tend to have longer, thicker tails than females, and most rattlesnake species mate either in the summer or fall. Female rattlesnakes, who tend to mate every three years, secrete a pheromone trail that allows males to follow them using their tongues and Jacobson’s organs, and once a male actually finds a female, he follows her around for days before mating. The males of some rattler species, like the timber rattlesnake, fight with each other to compete for a certain female during mating season too. Rattlesnakes are one of the snake species that give birth to live young snakes after carrying the eggs inside them, and female rattlesnakes actually stay in the nest with their young for weeks, some even sharing mothering duties with other female rattlers as well. Who knew snakes were such good parents?

As rattlesnakes usually take several years to reach adulthood, while still young they’re vulnerable to danger from predators like ravens, raccoons, skunks and weasels, as well as king snakes, a predator that’s immune to rattler venom. Occasionally, even ants will prey on very young snakes. Some species of rattlesnakes will gather together in large groups to hibernate in cooler weather, (though they’ll usually stay dormant during drought and extreme heat) and rattlesnake dens have been counted to hold well over 1,000 snakes at a time! They often return to the same den each year.

Rattlesnakes are threatened by a variety of human activities. Some areas host mass exterminations like rattlesnake roundups, and car accidents and destruction of rattlesnake habitats due to human development have caused some species, like the Timber, Massasauga and Canebrake rattlesnake, to become threatened or endangered in some areas.