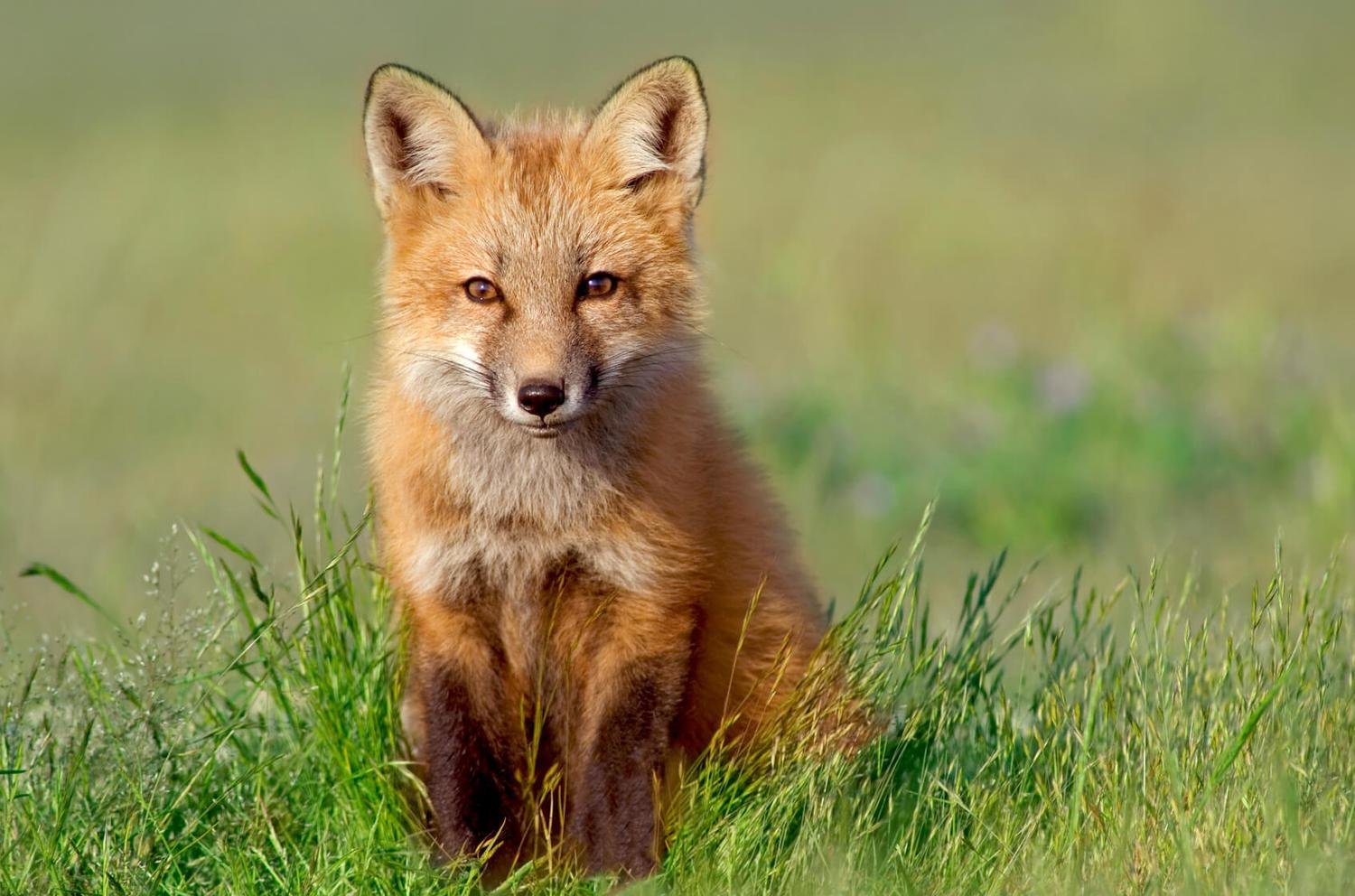 Adopt A Red Fox Kits make great gifts and can be sent directly to the recipient. Simply supply the recipient's name and mailing address as shipping information. We'll even include a letter stating the Adopt An Animal Kit is from you.

The Red Fox (Vulpes vulpes) is the largest of the true foxes, as well as being the most geographically spread member of the Carnivora, being distributed across the entire northern hemisphere from the Arctic Circle to North Africa, Central America, and the steppes of Asia. Its range has increased alongside human expansion, having been introduced to Australia, where it is considered harmful to native mammal and bird populations. Forty-five subspecies are currently recognized, which are divided into two categories: the large northern foxes, and the small, primitive southern foxes of Asia and the Middle East.

Red foxes are social animals, whose groups are led by a mated pair which monopolizes breeding. Subordinates within a group are typically the young of the mated pair, who remain with their parents to assist in caring for new kits. The species primarily feeds on small rodents, though it may also target leporids, game birds, reptiles, invertebrates and young ungulates. Fruit and vegetable matter is also eaten on occasion. Although the red fox tends to displace or even kill its smaller cousins, it is nonetheless vulnerable to attack from larger predators such as wolves, coyotes, golden jackals and medium and large felines. The species has a long history of association with humans, having been extensively hunted as a pest and furbearer for centuries, as well as being prominently represented in human folklore and mythology. Because of its widespread distribution and large population, the red fox is one of the most important furbearing animals harvested for the inhumane fur trade.

Red foxes use their urine to mark their territories. Urine is also used to mark empty cache sites, as reminders not to waste time investigating them. Red foxes live in family group sharing a joint territory or a pack, scout or troop made of an alpha male and/or female with rogues (loner or abandoned foxes) and family members. In favorable habitats and/or areas with low hunting pressure, subordinate foxes may be present in a range. Subordinate foxes may number 1-2, sometimes up to 8 in one territory. These subordinates could be formerly dominant animals, but are mostly young from the previous year, who act as helpers in rearing the breeding vixen's kits. Non-breeding vixens will guard, play, groom, provision and retrieve kits. Red foxes may leave their families once they reach adulthood if the chances of winning a territory of their own are high. If not, they will stay with their parents, at the cost of postponing their own reproduction.

Red fox body language consists of movements of the ears, tail and postures, with their body markings emphasizing certain gestures. Postures can be divided into aggressive/dominant and fearful/submissive categories. Some postures may blend the two together. Red foxes have a wide vocal range, and produce different sounds spanning five octaves, which grade into each other.

Foxes are senselessly tortured and killed to satisfy the dictates of fashion. Wild-caught fox fur is obtained by setting traps or snares. Once an animal is caught, it may remain in the trap or snare for several days starving or slowly strangling. Farm-raised fox fur comes from animals kept in tiny, filthy cages, deprived of adequate protection from the elements. As a result, animals develop stereotypical behavior, including pacing, head bobbing and self-mutilation. On fur farms, foxes are electrocuted by placing a metal clamp on the snout and forcing a rod into the anus, and then connecting the metal to a power source. Some animals are forced into bags or boxes and gassed with carbon monoxide or carbon dioxide.