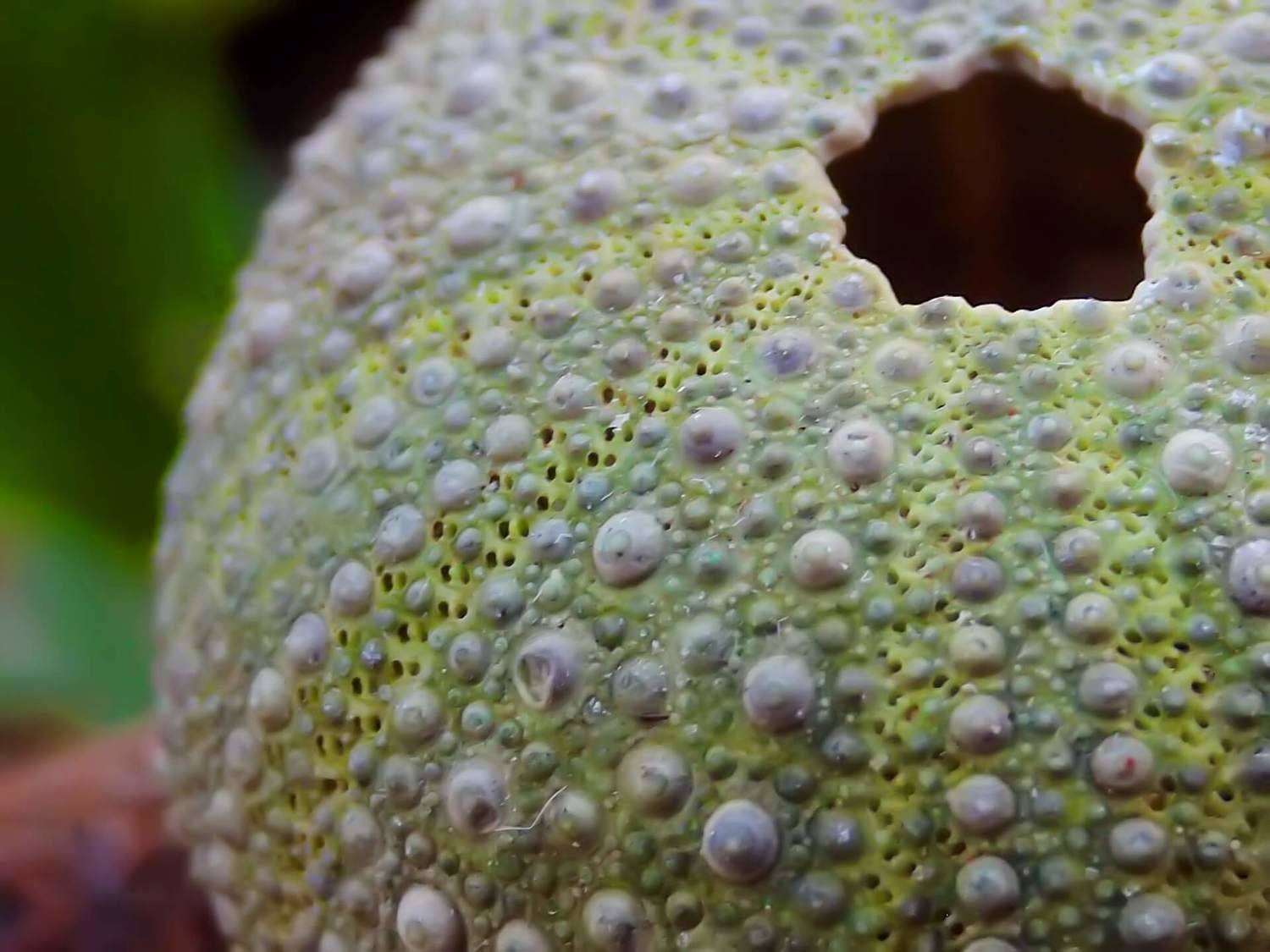 Your Adopt A Sea Urchin Kit comes in a Deluxe Folder and includes:

Adopt A Sea Urchin Kits make great gifts and can be sent directly to the recipient. Simply supply the recipient's name and mailing address as shipping information. We'll even include a letter stating the Adopt An Animal Kit is from you.

The sea urchin is a fascinating and unique looking sea creature. Sea urchins inhabit ocean floors worldwide, living in coral reefs and along rocky ocean bottoms in shallow and deep waters. They are rarely found in polar regions. There are about 200 species of sea urchin, varying in shapes and sizes. Sea urchins that live on rocky seabeds are spherical and have protective spines. Sea urchins that live on, or burrowed into, sand are heart-shaped or flattened with short spines that gives them a furry appearance.

The colors of sea urchins varies by species and include purple, black, brown, green and red. Some sea urchins have hard shells of chalky plates, others are covered in long thin spikes. Sea urchins have radial symmetry, meaning they can be divided into five equal parts.

Spines of sea urchins provide protection, and are used to move and catch food particles floating by. Claw-like structures scattered among their spines, called pedicellarines, sting prey and also keep their bodies clean. Some sea urchins have spikes filled with venom.

Sea urchins have five paired rows of tiny feet located among the spines ending in suckers that aid the sea urchin to move about, hold on to the ocean floor and capture food.

The beak-like mouths of sea urchins are located in the middle of their underside and have five tooth-like plates. Their teeth are capable of drilling holes in rock. A fat, hanging structure at the opening of the mouth resembles a tongue. The anus of the sea urchin is located on the top of the body.

Sea urchins do not have eyes, but they detect light and sense predators with light sensors found all over their bodies.

Sea urchins are echinoderms. Echinoderms do not have brains and rely on water-vascular systems to act as circulatory systems. They are comprised of water-filled channels running through their bodies.

Sea urchins breed in the spring. Female sea urchins release millions of small, jelly-coated eggs into the water. The eggs are fertilized by the sperm of male sea urchins. Sea urchin eggs then become part of the plankton floating through the sea. Sea urchin babies, called larvae, take several months to hatch. They are not large enough to leave the plankton until they are 2 to 5 years old.

Most species of sea urchins live up to 30 years. Red sea urchins are the longest living animals on earth, living more than 200 years.

The biggest threats to seas urchins are pollution and fishing. They are eaten in some counties, and are victims of ocean floor dredging. Their eggs are also hunted by divers. Their numbers are declining drastically, placing them on the list of threatened species. They may become endangered in the near future.

Sea urchins are also victims of the pet trade. They do not do well in captivity because their breeding conditions cannot be duplicated without ocean currents.