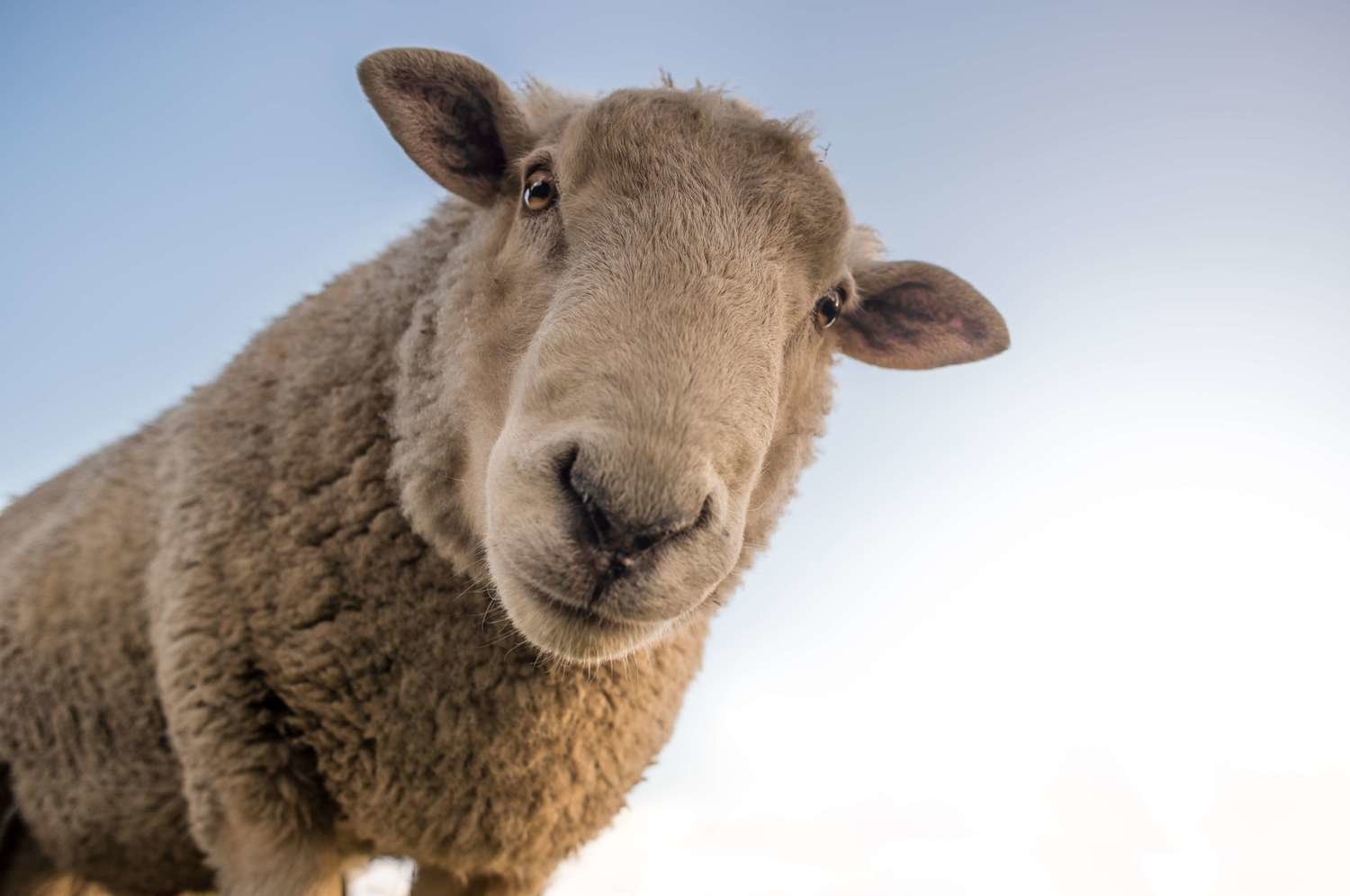 Your Adopt A Sheep Kit comes in a Deluxe Folder and includes:

Adopt A Sheep Kits make great gifts and can be sent directly to the recipient. Simply supply the recipient's name and mailing address as shipping information. We'll even include a letter stating the Adopt An Animal Kit is from you.

The domestic sheep is the most common species of the sheep genus. They probably descend from the wild mouflon of south-central and south west Asia. Sheep breeders refer to female sheep as ewes, intact males as rams, castrated males as wethers, yearlings as hoggets, and younger sheep as lambs. In sheep husbandry, a group of sheep is called a flock or mob.

Sheep are ruminant animals. They have a four-chambered stomach, using the first chamber to store food (cud) which they then bring back into their mouths to chew again before fully digesting it. These grazing animals often prefer noxious weeds and plants, which makes them great environmentalists.

Sheep like to stick close to one another for comfort and security. Either black or white, these animals are incredibly gentle. Lambs form strong bonds with their mothers, but they have also been known to bond closely with humans. If a person hangs a piece of clothing outside, a goat who has bonded with that person will run to it for safety when frightened.

Some breeds of sheep exhibit a strong flocking behavior. This was used as an example to Israelites in the Christian bible to instruct them to obey their shepherd, or master. Flocking behavior is advantageous to non predatory animals; the strongest animals fight their way to the center of the flock which offers them great protection from predators. It can be disadvantageous when food sources are limited and sheep are almost as prone to overgrazing a pasture as goats. In Iceland, where sheep have no natural predators, and grasses grow slowly, none of the various breeds of sheep exhibit a strong flocking behavior.

Sheep flocking behavior is so prevalent in some English breeds that special names apply to the different roles sheep play in a flock. One calls a sheep that roams furthest away from the others an outlier, a term originally used to refer to someone who lives far from where they work. This sheep ventures further away from the safety of the flock to graze, due to a larger flight zone or a weakness that prevents it from obtaining enough forage when with the herd. Another sheep, the bellwether, leads the others. Traditionally this was a castrated Ram (or wether) with a bell hung off a string around its neck. The tendency to act as an outlier, bellwether or to fight for the middle of the flock stays with sheep throughout their adulthood; that is unless they have a scary experience which causes them to increase their flight zone.