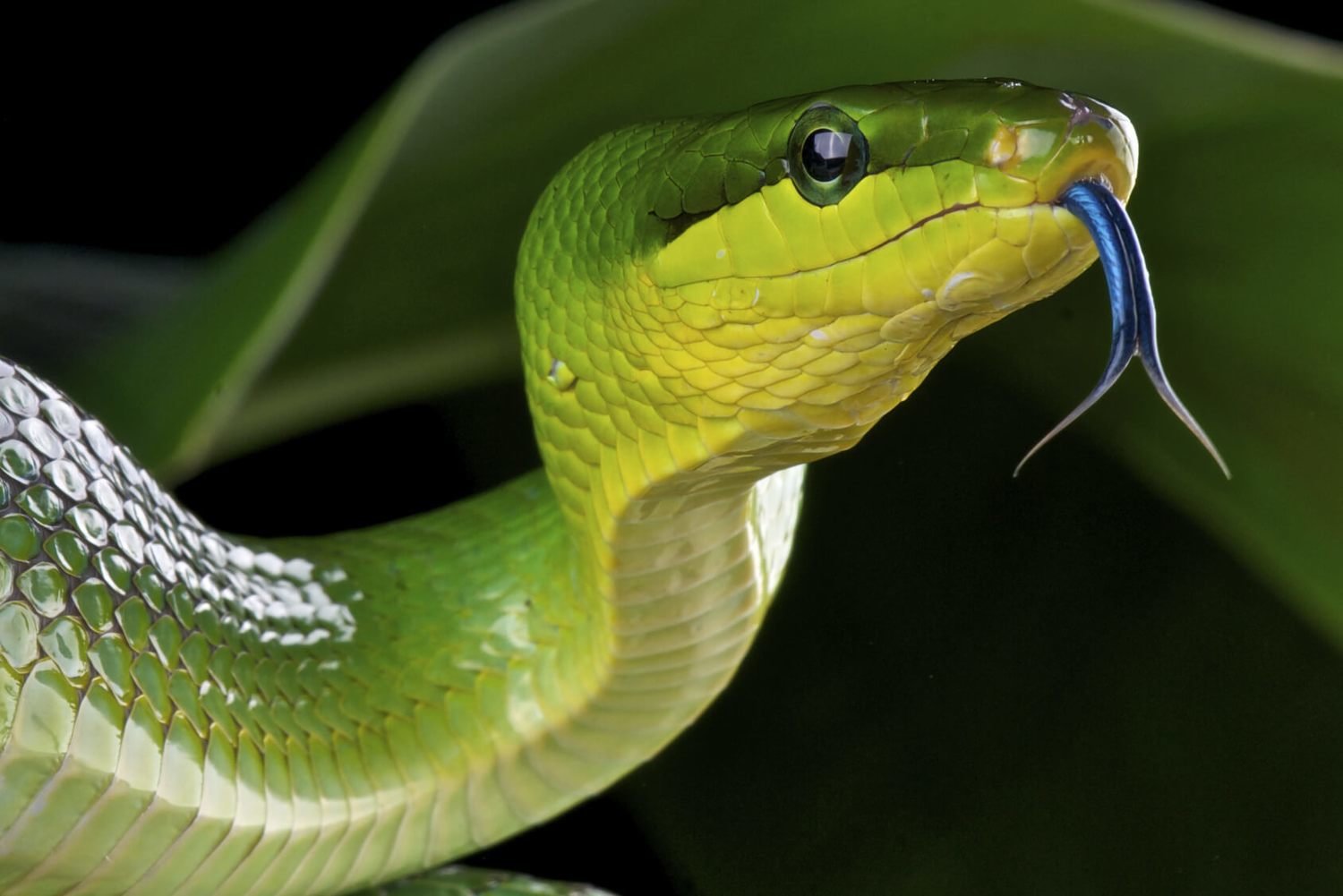 Your World Animal Foundation Adopt A Snake Kit comes in a Deluxe WAF Folder and includes:

Adopt A Snake Kits make great gifts and can be sent directly to the recipient. Simply supply the recipient's name and mailing address as shipping information. We'll even include a letter stating the Adopt An Animal Kit is from you.

Snakes are long and legless carnivorous reptiles of the suborder Serpentes. Unlike legless lizards, they do not have eyelids and external ears. Snakes are vertebrates covered in overlapping scales, many with skulls that have several more joints than lizards allowing them to swallow much larger prey than the size of their heads. Because of their narrow bodies, their paired organs are lined up one in front of the other instead of side by side.

Snakes live on every continent except Antarctica. Their are about 3,400 known species of snakes. Different species vary in size from the tiny thread snake, only 10 cm long, to the giant reticulated python growing to over 20 feet long. Most species are not venomous, and those that are venomous use their venom primarily to kill and subdue prey, not for self-defense. Nonvenomous snakes swallow prey live or kill by constricting the prey. Because snakes are cold blooded and are not able to regulate their body temperature, they need sunlight to keep warm.

Sea snakes are widespread throughout the Indian and Pacific Oceans. Some sea snakes can breathe through their skin, allowing for longer dives underwater.

A snake's skin is covered in scales. They use their belly scales to grip surfaces to slither. Their eyelids are transparent scales and are always closed. When they sleep, they can close their retinas or bury their faces in the folds of their bodies. Snakes shed their entire outer layer of skin in one piece when they molt. Older snakes may molt only once or twice a year, while younger snakes may shed up to four times a year. Moulting replaces the old and worn skin and rids snakes of parasites such as ticks and mites. Snakes stop eating before molting and often hide. They crawl out of their old skin by rubbing against rough surfaces, revealing their new skin that formed underneath.

All snakes are carnivorous, eating insects, snails, small mammals, other snakes, birds, eggs and fish. Most snakes eat a variety of animals, while some specialize in certain species. Many snakes put out bait to lure prey to them.

Snakes smell with their tongues. They use smell to find their prey, using their forked tongues, constantly in motion, to collect particles from the air, water and ground to determine the presence of other animals. Snake vision varies greatly, with each species' sense of vision adapted to it's environment. Some snakes have infrared-sensitive receptors on their snouts, allowing them to see the heat of warm-blooded mammals. Snakes are also very sensitive to vibrations and can sense other animals by vibrations in the air and on the ground.

Certain snakes, such as cobras and vipers, use venom to immobilize or kill prey. The poisonous saliva is delivered through their fangs. Some mammals, birds and other snakes have developed a resistance to venom and are able to prey on venomous snakes. Some scientists believe that all snakes are venomous to a certain degree, with most snakes having very weak venom and no fangs. Other snakes kill by constriction – tightly wrapping around their prey to suffocate it. Many snakes simply swallow their prey alive.

Snakes are not able to bite or rip their food to pieces, so they swallow their food whole. Their flexible lower jaws, and other joints in their skull, allow them to open their mouths wide.

After snakes eat, they become dormant while digesting their food, an intense activity for snakes. The snake's digestive enzymes dissolve and absorb everything but the prey's hair (or feathers) and claws, which are excreted. A snake that is disturbed during the digestion period can regurgitate its prey to be able to escape easier.

Snakes are usually isolated creatures, coming into contact with each other occasionally. Most of the time they will go their own way, except during mating season. Different snakes use different tactics in acquiring their mates. Some males engage in ritual combat with other males to win females. “Topping” involves a male twisting around another standing male and forcing him down. Neck biting often takes place during combat. Females usually have the last say in whom will mate with them.

Most female snakes lay eggs, and most abandon the eggs after laying them. Some species, however, build nests and protect and care for their eggs. Some snakes "shiver" to produce heat to incubate their eggs. Other snakes keep their eggs inside their bodies until they are almost ready to hatch, and some give birth to live babies. Boa constrictors and green anacondas nourish their babies through a placenta and a yolk sac.

Where winters are cold, many snakes will brumate – similar to hibernation, but brumating reptiles remain awake but inactive. Some snakes brumate by themselves under rocks, in burrows or inside fallen trees. Other snakes gather together in large groups.

Many snake species are in danger of extinction. Snakes are killed for their skins, or simply out of fear. Snake habitats are being disturbed and destroyed by humans, or invaded by other, more aggressive animals that humans have introduced. Snakes are also victims of the “pet” trade, inhumanely kept in captivity for the amusement of humans. These wild animals are deprived of their natural lifestyle, confined to small enclosures, and endure stress and health ailments from their unnatural living conditions.