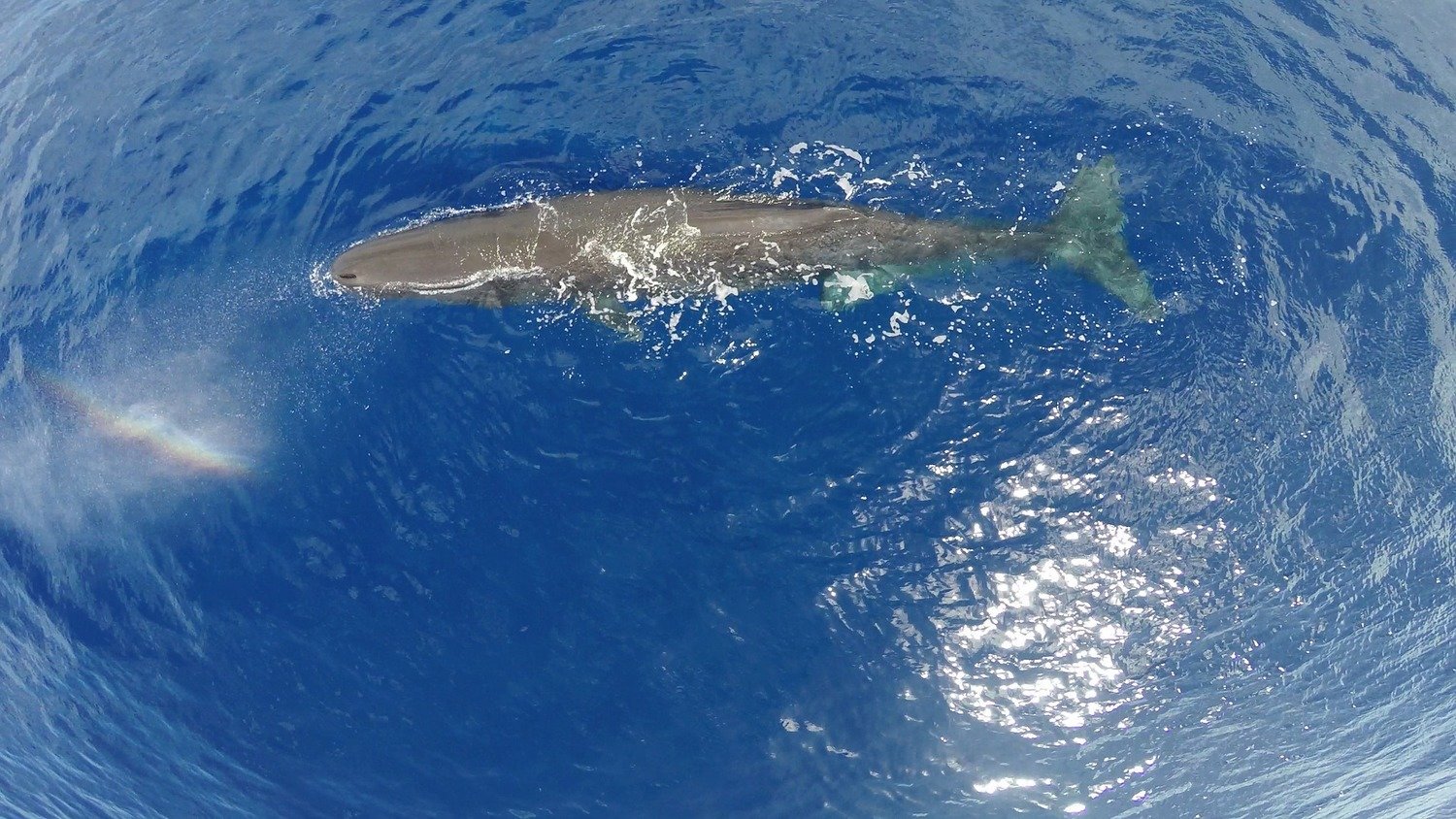 Your Adopt A Sperm Whale Kit comes in a Deluxe Folder and includes:

Adopt A Sperm Whale Kits make great gifts and can be sent directly to the recipient. Simply supply the recipient's name and mailing address as shipping information. We'll even include a letter stating the Adopt An Animal Kit is from you.

Endangered sperm whales are the largest toothed mammal in the world. Males are significantly larger. They are dark blue-gray to black in color. Males pale as they age. Sperm whales have a gigantic, square-shaped head with a slender lower jaw. Their head makes up one-third of their length. They do not have a dorsal fin. The head houses a large spermaceti organ filled with spermaceti oil that turns from liquid to solid as the water turns colder. Because a solid is generally heavier than a liquid, this "weight" in the whale's head allows it to dive deep to find food, up to 4,000 feet.

They are found in all the oceans of the world, but concentrated in areas of plentiful food such as the coast of South America, the coast of Africa, the north Atlantic sea, the Arabian sea, the western north Pacific and near the equator. They feed on giant squid, schooling fish, seals and sharks. Sperm whales consume approximately one ton of food each day.

Sperm whales are found in mixed groups of 20 to 40 individuals including adult females, calves and juveniles. After weaned from their mother, juveniles leave their group to form juvenile schools. Females will return to a mixed group before reaching maturity while males form bachelor groups or become solitary. Sperm whales do not migrate over large distances as some other whale species do.

Sperm whales mate in the spring and have calves in the fall. A single calf is born after a 14 to 19 month gestation. Newborn calves weigh about 2,000 pounds and are about 13 feet in length.

In the past, sperm whales were hunted for their ambergris, a waxy oil substance. This oil was used for lighting fuel. Spermaceti oil was also used to make candles and lubricant.