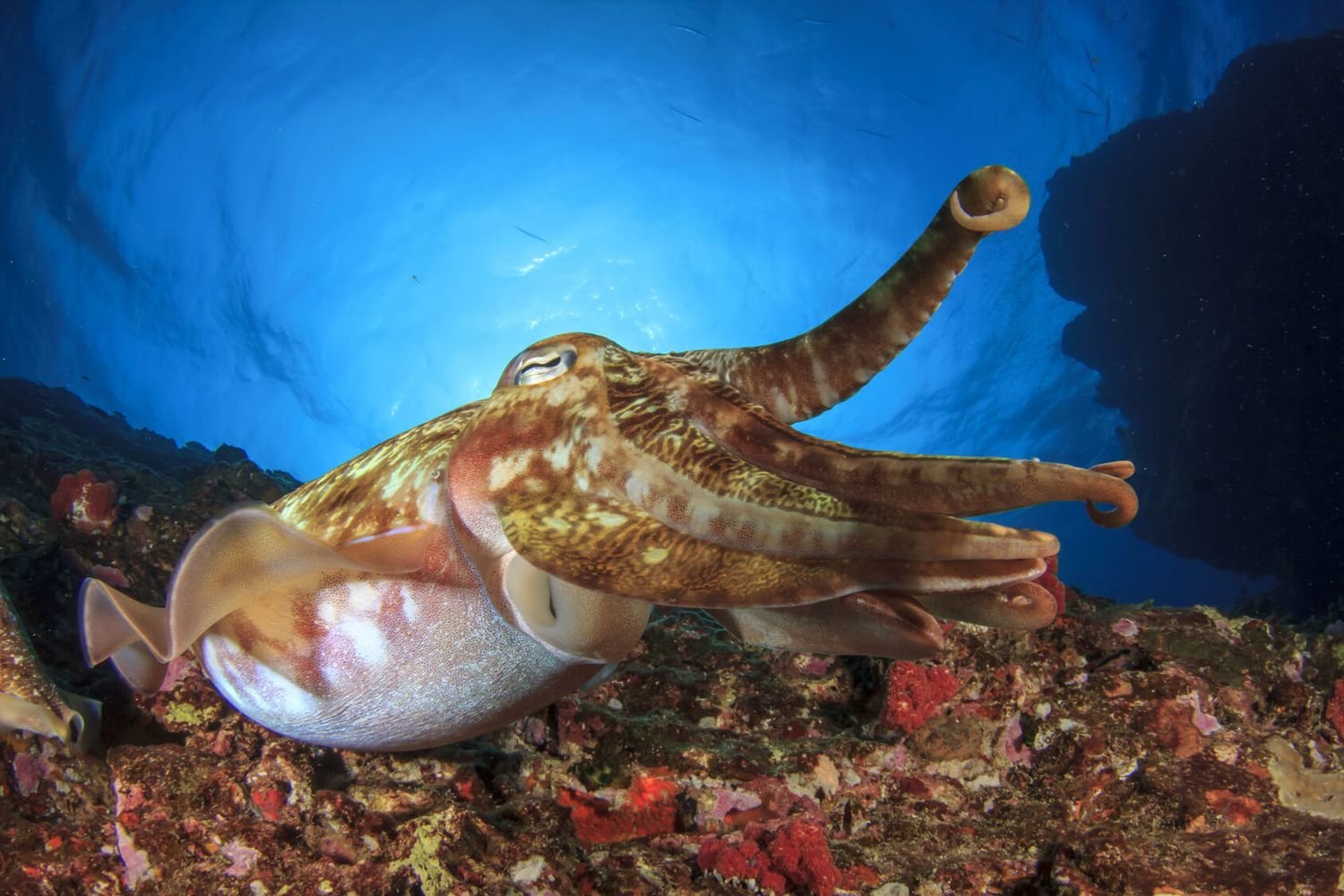 Your Adopt A Squid Kit comes in a Deluxe Folder and includes:

Adopt A Squid Kits make great gifts and can be sent directly to the recipient. Simply supply the recipient's name and mailing address as shipping information. We'll even include a letter stating the Adopt An Animal Kit is from you.

Many-tentacled creatures that belong to the order Teuthida, squid are fascinating ocean dwellers, even achieving mythical status in our minds when we think of certain species like the giant squid. This order of molluscs, which is made up of approximately 300 recorded species so far, is similar to octopi and cuttlefish in that they have a distinct head, a symmetrical body structure, a mantle, eight arms, and phenomenal swimming abilities.

Squid live across an enormous variety of aquatic habitats; an important food source for many other aquatic creatures. They can be found in both freshwater and saltwater environments, deep water and shallow water, and in many different temperature ranges. Most squid species tend to be no larger than about 24 inches long, but the giant squid may be as long as 43 feet in length. That’s almost the size of a school bus.

The squid’s appearance itself is certainly unique. Their skin is covered in chromatophores, which are special cells that allow the squid to change color in order to blend in with its surroundings, much like an octopus does. The mantle cavity contains the squid’s gills, organ systems, and siphon apparatus.

Although squid do have swimming fins, most squid species actually propel themselves mainly by jet propulsion by sucking water into the mantle cavity and pushing it forcefully out through the siphon.

Because they’re the ideal food for a number of predators ranging from sharks, fish, birds and whales, squid have evolved to be quick escape artists. If a squid is threatened, they can quickly expel ink from a small sac near their rectum, temporarily confusing their potential predator and providing cover for a quick escape. Some squid species will even propel themselves right out of the water to escape predators like schools of tuna, gliding through the air for short periods of time.

Another anatomical feature characteristic to squid is the fact that they have three hearts; two to feed the gills, and a larger, systemic heart to pump blood around the squid’s body. Squid also have the largest eyes in the animal kingdom, relatively speaking. Positioned on either side of their head, a squid’s eyes focus by changing the position of the hard lens inside the eye, much how the lens of a camera moves back and forth.

Reproduction in squid takes place though the fertilization of the female’s eggs by the male. A male squid will often display unique color patterns to attract a female’s attention. Then he mates with her by inserting a copulatory pad (found on the modified end of one of his tentacles) into the female’s mantle and depositing spermatophores (sperm cells) that fertilize the eggs. The female will then place hundreds of eggs into a capsule, anchoring the capsule to sandy ocean bottoms. The time between laying and hatching of the eggs can be vary, since eggs laid in warmer water temperatures tend to hatch more quickly. Some squid egg beds can even cover acres of sand bed.

After the squid larvae hatch, they begin to feed on copepods and other plankton until they’re mature enough to hunt, though many are eaten by predators. Neither squid parent tends to the eggs or young, and it’s been noted that many adult squid species die shortly after reproducing, as an adult squid’s digestive organs diminish as they mature, making more room for reproductive organs. Most species haven’t been found to live longer than one or two years.

The fact that squid reproduce rapidly and in large numbers is to their advantage. Squid can quickly replenish their population numbers, which is important to other species that rely on them as a food source.

Although there are no significantly endangered squid species at this point, the largest threat to squid populations worldwide is commercial overfishing by humans. Not only are they often used as bait to catch larger fish, but calamari (fried squid) is a popular dish in many places.

Water pollution, overharvesting and interference with egg capsules can also pose a potential threat to these animals as well.