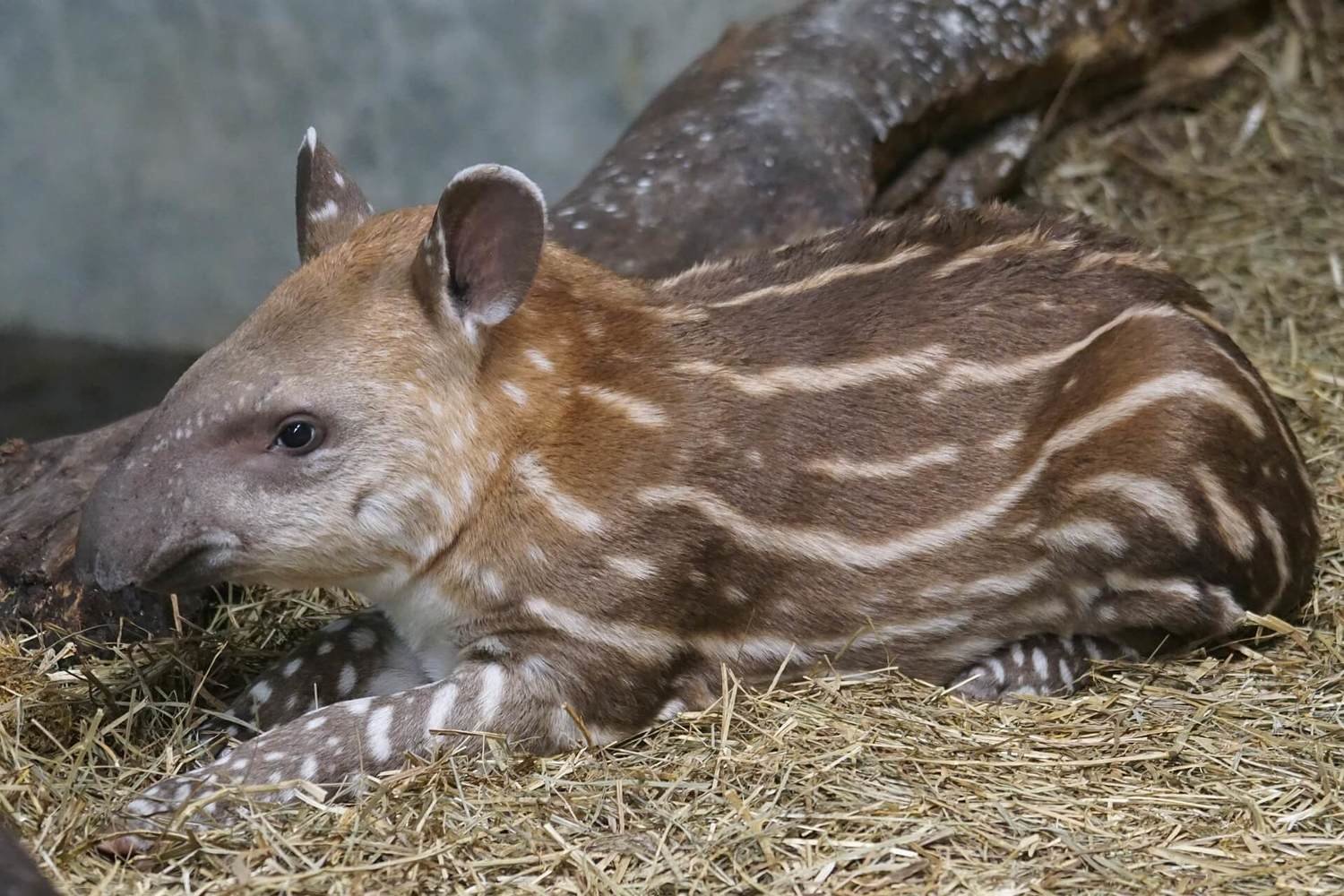 Your Adopt A Tapir Kit comes in a Deluxe Folder and includes:

Adopt A Tapir Kits make great gifts and can be sent directly to the recipient. Simply supply the recipient's name and mailing address as shipping information. We'll even include a letter stating the Adopt An Animal Kit is from you.

Tapirs are large mammals with a pig-like appearance, an elephant-like snout and a tail like a rhinoceros. They are the most primitive large mammals on the planet, having been around for 20 million years – changing very little. They are most closely related to rhinos and horses. The tapir inhabits swamps, grasslands, forests and mountains in temperate regions of the Southern Hemisphere.

The Mountain tapir is the smallest tapir species and lives in mountainous regions. Mountain tapirs inhabit the high forests of the Andes mountains in Peru, Colombia and Ecuador.

The Malayan tapir, or Asian tapir, features a distinctive white band across their bodies. Malayan tapirs once inhabited tropical forests across South East Asia, but now have a much smaller range as a result of habitat loss.

The Brazilian tapir, or South American tapir, is an exceptional swimmer inhabiting the Amazon Rainforest.

Tapirs have long, flexible snouts like small elephant trunks. Tapirs use their prehensile noses to grab branches and leaves from trees and bushes. Tapirs have stocky bodies, small eyes and ears, and stubby tails. They are about the size of a donkey. They have 4 toes on their front feet and 3 toes on their back feet. They are able to swim and tend to stay close to water to cool down and remove parasites. Tapirs dive into shallow waters to feed on aquatic plants. They use their snouts as snorkels if they need to hide under water from predators.

Tapirs are herbivores, feeding on twigs, leaves, branches, shoots, buds, fruits and aquatic plants. To locate watering holes and vegetation, they follow paths made by many tapirs that have traveled the same trails. Tapirs are very ecologically important as they disperse seeds through their feces as they move about.

Tapirs are either solitary or social. They graze together in groups called candles, and come together during mating season. Tapirs communicate verbally with high pitched sounds. They also communicate non-verbally with urine droppings. Urine marks communicate if there are other tapirs in the area.

Tapir mating season takes place in April and May. Following a gestation period of over a year, mother tapirs give birth to only one tapir baby. When first born, baby tapirs have yellow and white stripes and spots on reddish-brown fur which provides camouflage. After a few months, they lose the marks. Baby tapirs stay with their mothers until they are 2 to 3 years old.

Being large animals, tapirs have few natural predators. They are preyed upon by jaguars, tigers, cougars, crocodiles and large snakes.

Tapirs live up to 30 years in the wild.

All four recognized tapir species are endangered due to habitat loss, deforestation, animal agriculture and hunting. Tapirs are hunted for their meat and skin. They increasingly must compete with livestock.

The IUCN's Tapir Specialist Group has not declared the proposed Kabomani tapir species a "unit of conservation importance," and it has not received a categorization on the IUCN Red List of Threatened Species.