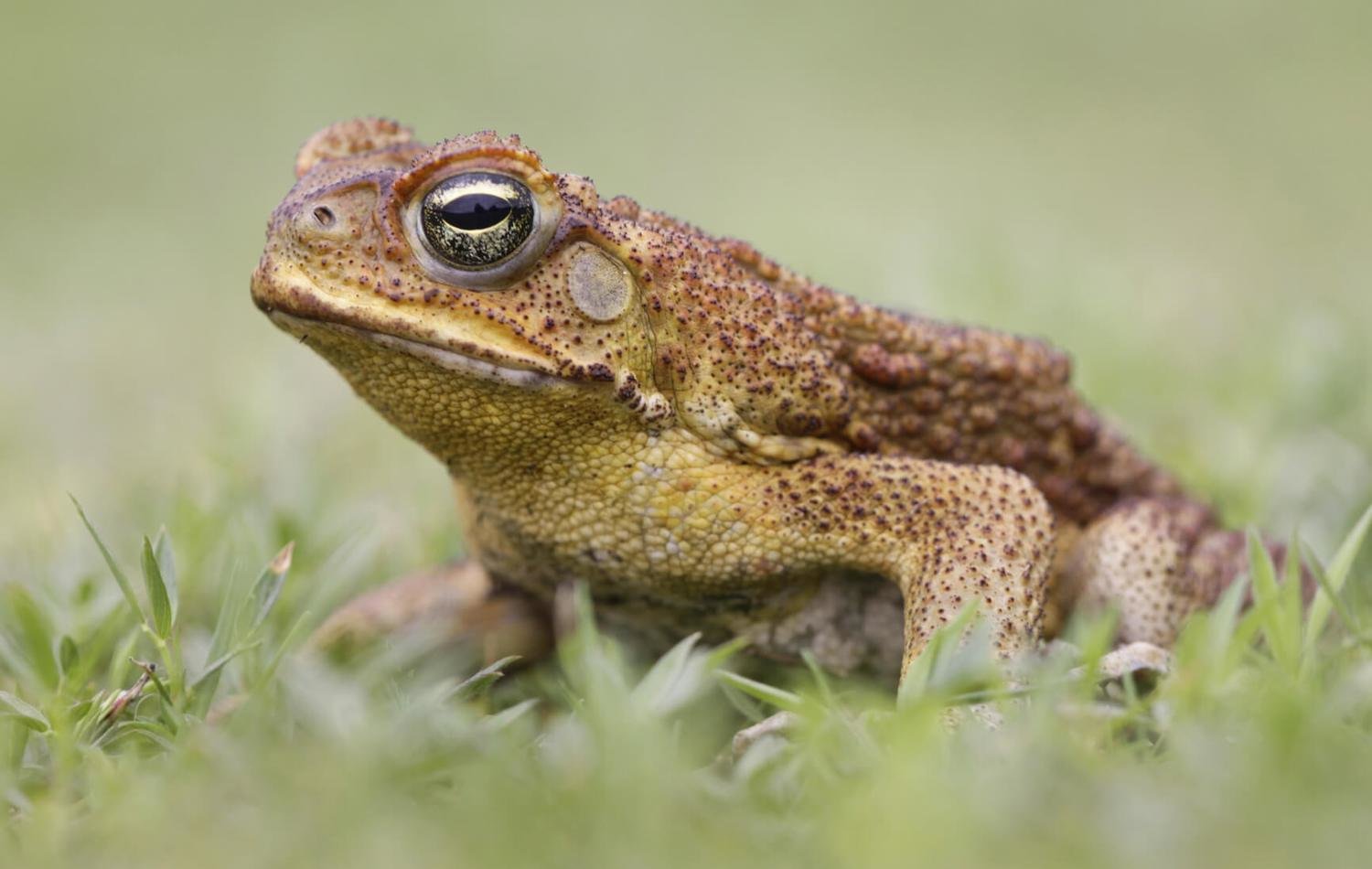 Your World Animal Foundation Adopt A Toad Kit comes in a Deluxe WAF Folder and includes:

Adopt A Toad Kits make great gifts and can be sent directly to the recipient. Simply supply the recipient's name and mailing address as shipping information. We'll even include a letter stating the Adopt An Animal Kit is from you.

A toad is an amphibian of the order Anura (frogs) which are categorized by leathery, dry skin, snout-like parotoid glands and short legs. Their back legs are intended for meandering and short hops, and they have no teeth.

A popular distinction is often made between frogs and toads on the basis of their appearance, but this has no taxonomic basis. From a taxonomic perspective, all members of the order Anura are frogs, but only members of the family Bufonidae are considered "true toads". The use of the term "frog" in common names usually refers to species that are aquatic or semi-aquatic with smooth and/or moist skins, and the term "toad" generally refers to species that tend to be terrestrial with dry, warty skin. An exception is the fire-bellied toad (Bombina bombina): while its skin is slightly warty, it prefers a watery habitat.

Toads are found everywhere throughout the world except the polar environments and in Australia. Regardless of where they live, they search for moist, open habitats of fields and grasslands.

Toads are of various sizes; the smallest only reach a length of 1.3 inches and the biggest can grow up to 9 inches in length. Female toads are bigger than males. A toad's lifespan and diet can vary as much as their size. One species of toad, the common toad, can live up to 40 years. Most species live 5 to 10 years.

Toads are amphibian animals which spend their early lives under water, i.e. as eggs and tadpoles, and the rest of their lives on the land.

Amphibians have warts, dry skin and crests behind their eyes. They also have parotoid glands. A noxious secretion is produced in the parotoid glands known as Bufotoxin. This bufotoxin can bring about death in smaller animals and may also trigger an unfavorably susceptible reaction in humans and other animals. Amphibians secrete bufotoxin to protect themselves against predators.

The major function of the bumps on their skins is believed to help them blend more effectively into their environment. Normally, the largest bumps on toads are those that cover the parotoid glands. Those bumps are normally referred to as warts, however they are not really warts. They are present on healthy specimens, being fixed in size, and are not an outcome of injury or infection.

Like most amphibians, toads must lay their eggs in water. Toads return to their natal ponds to breed where they are likely to encounter siblings as potential mates. Although incest is possible, siblings rarely mate. Toads recognize and actively avoid mating with close kin. Vocalizations given by males appear to serve as cues by which females recognize kin. Male toads use their call to draw in appropriate female toads for mating. After mating, the female toad lays fertilized eggs which will eventually hatch into tadpoles. Unlike their parents, the tadpoles can breathe under water via specialized gills. They also have tails to swim with, rather than legs. As they develop, they lose their tail, and they grow lungs for breathing air.

Toads eat insects and some other small animals, catching them with their sticky, long tongue. These nocturnal amphibians hunt at night while spending their day sheltered in a cool area. Some toads feast on reptiles, small amphibians and small mammals.

During the winter season, a few species of toad hibernate. This is done by borrowing deeper into the soil, below the frost line. At the point when the weather warms, they re-emerge to resume their activities.

Consisting of more than 5,000 species, frogs and toads are among the most diverse groups of vertebrates. However, populations of certain species have been declining dramatically since the 1950s. More than one third of species are believed to be threatened with extinction and more than 120 species are suspected to be extinct since the 1980s. Habitat loss is a significant cause of population decline, as are pollutants, the introduction of non-indigenous predators/competitors, and emerging infectious diseases. Habitat conversion poses the most serious threat to toads. Many populations have been eliminated by urban development. Converting woodlands to pastures or plowed fields destroys toad habitat. Clearcutting forests is also harmful to toad habitat.

Many toads are killed each year by automobiles. Roadway mortality will increase as human populations continue to increase within the species’ habitat and as the habitat continues to be dissected by more roads. Road construction further isolates populations and disrupts or prevents the movement of individual toads between populations. This movement of toads is necessary to maintain gene flow, and thus genetic diversity, and to supplement small or declining local populations.

Other threats that often appear in conjunction with the factors outlined above include drought and the presence of fire ants, an unwelcome species from Brazil. Fire ants have been observed preying on toadlets as they leave their breeding pond. Fire ants thrive in open, sunny areas where the soil has been disturbed and woody vegetation uprooted, as in agricultural fields and urban areas. Protecting large forested areas is one of the most effective deterrents to fire ants.

Toads are also threatened by the inhumane pet trade. Every year, a variety of sources provides millions of animals to the wild and exotic pet trade. Animals are captured from their native habitat and transported to various countries to be sold as “pets”. Others are surplus animals from zoos or their offspring. Backyard breeders also supply exotic animals. The sellers of these animals often disregard state or local laws regulating private possession of exotics, and the dangers, difficulties, physical and physiological needs of the animals they peddle. The suffering of the animals in the hands of unqualified and hapless buyers appears to be of no concern in the lucrative exotic pet trade. The animals also pose safety risks to humans.

Toads are also victims of the animal entertainment industry, placed on display in zoos, aquariums, businesses and nature centers. They are removed from their natural habitat; depriving them of the ability to freely engage in instinctual behaviors.