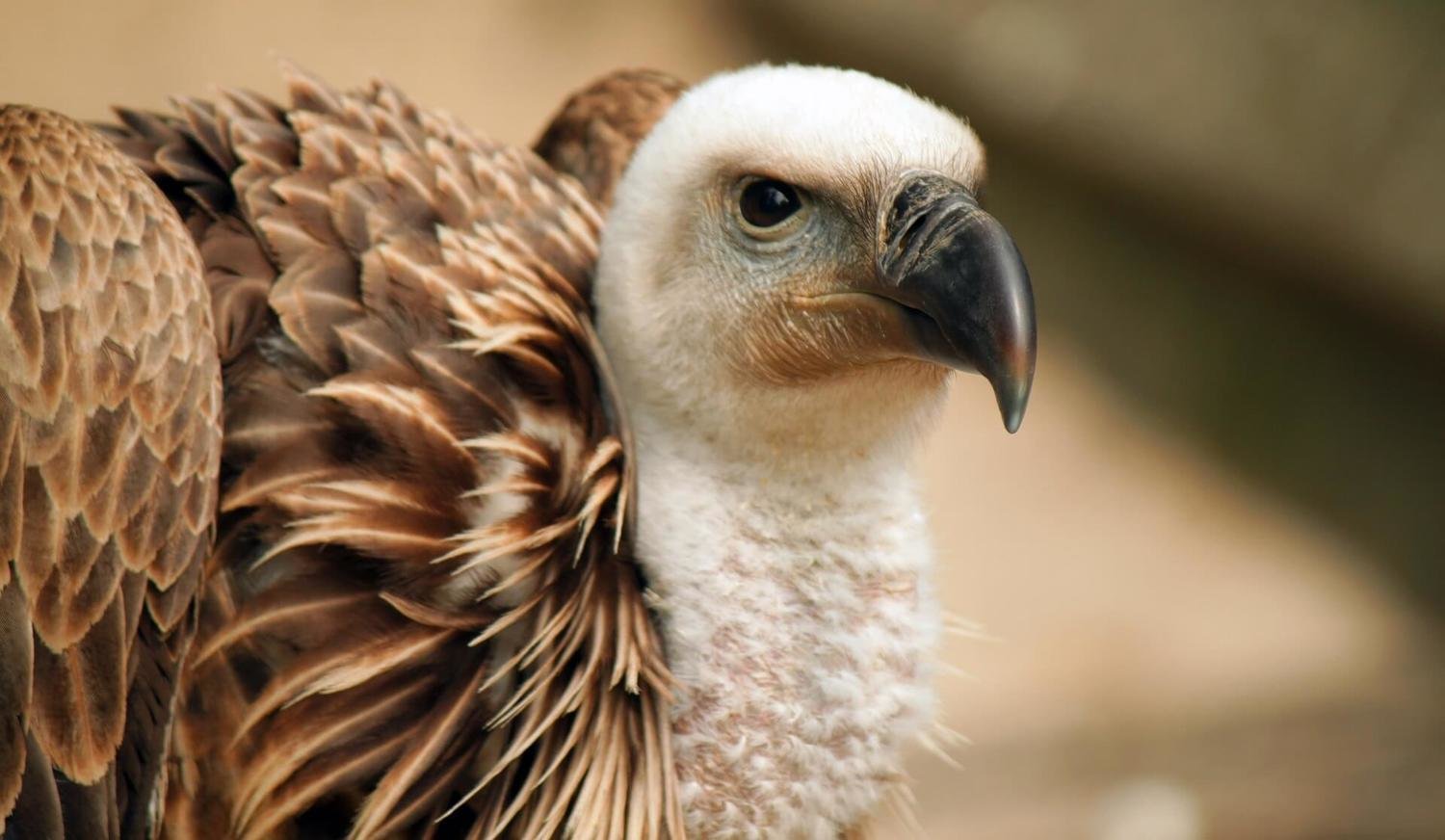 Your Adopt A Vulture Kit comes in a Deluxe Folder and includes:

Adopt A Vulture Kits make great gifts and can be sent directly to the recipient. Simply supply the recipient's name and mailing address as shipping information. We'll even include a letter stating the Adopt An Animal Kit is from you.

Vultures are large, carnivorous birds well known for their scavenging nature. These incredibly intelligent birds help to keep the environment clean and prevent the spread of disease. They are found on every continent except the Antarctic, Australia and the surrounding islands. Vultures are classified into two groups, old world vultures and new world vultures. There are over two dozen species within these two groups.

Vultures have wide wingspans that enable them to soar for extended periods without flapping their wings while looking for carrion. The Andean condor of South America is the largest vulture in the world. The crow-sized hooded vulture of Africa is the smallest vulture. The Rueppell’s griffon vulture is the highest flying bird in the world.

Most vultures have a large pouch in their throats called a crop. They have strong, curved beaks designed for ripping apart meat. Vultures have bare heads, and sometimes bare necks, to prevent bacteria and other parasites from burrowing into their feathers and to aid in thermoregulation. Germs on vultures heads are baked off by the sun.

All vultures prefer to scavenge for their food rather than hunt. Vultures feed on the remains of dead animals. They will attack wounded and dying animals when carcasses are not available. Vultures eat all parts of animal carcasses with the exception of bones. Vultures can go for long periods without food.

Vultures are able to consume carcasses that have rotted to the extent of being toxic to other animals, making vultures very important ecologically. Vulture stomach acids are able to kill harmful bacteria and viruses, and halt the potential spread of disease from rotting carcasses. Vultures often feed with other animal species. Old world vultures have strong feet, but new world Vultures have weak, flat feet poorly adapted for grasping. If they are not able to rip open a carcass themselves, they will wait for another predator to open it.

Vultures engage in urohydrosis, urinating on their legs and feet to stay cool. Vulture urine also kills bacteria or parasites picked up from carcasses.

Most vulture species mate for life. Vultures attract mates by soaring around each other. A male vulture will show off his flying skills by almost touching the female's wing tips. Old world vultures construct large stick platform nests on cliffs or in trees. New world vultures lay their eggs in bare scrapes in cavities in trees or cliffs. Female vultures lay 1 to 3 eggs, depending on the species. Vulture parents take turns incubating eggs and feeding baby vultures when they hatch. Chicks leave the nest or scrape in 2 to 3 months. They depend on their parents until they learn how to find food themselves.

Vultures can live up to 50 years in the wild.

Globally vultures are the most endangered type of birds. Some vultures are almost extinct and have declined by 99%. Nine species of vulture are critically endangered, three are endangered, and four are near threatened.

Poisoning from drugs, toxins and lead in carcasses is the largest threat to vultures. Vultures are also threatened by habitat loss, car collisions, wind turbines, electrical pylons, food loss and poaching. Vultures are often persecuted by farmers and ranchers who mistakenly believe vultures are a threat to livestock.