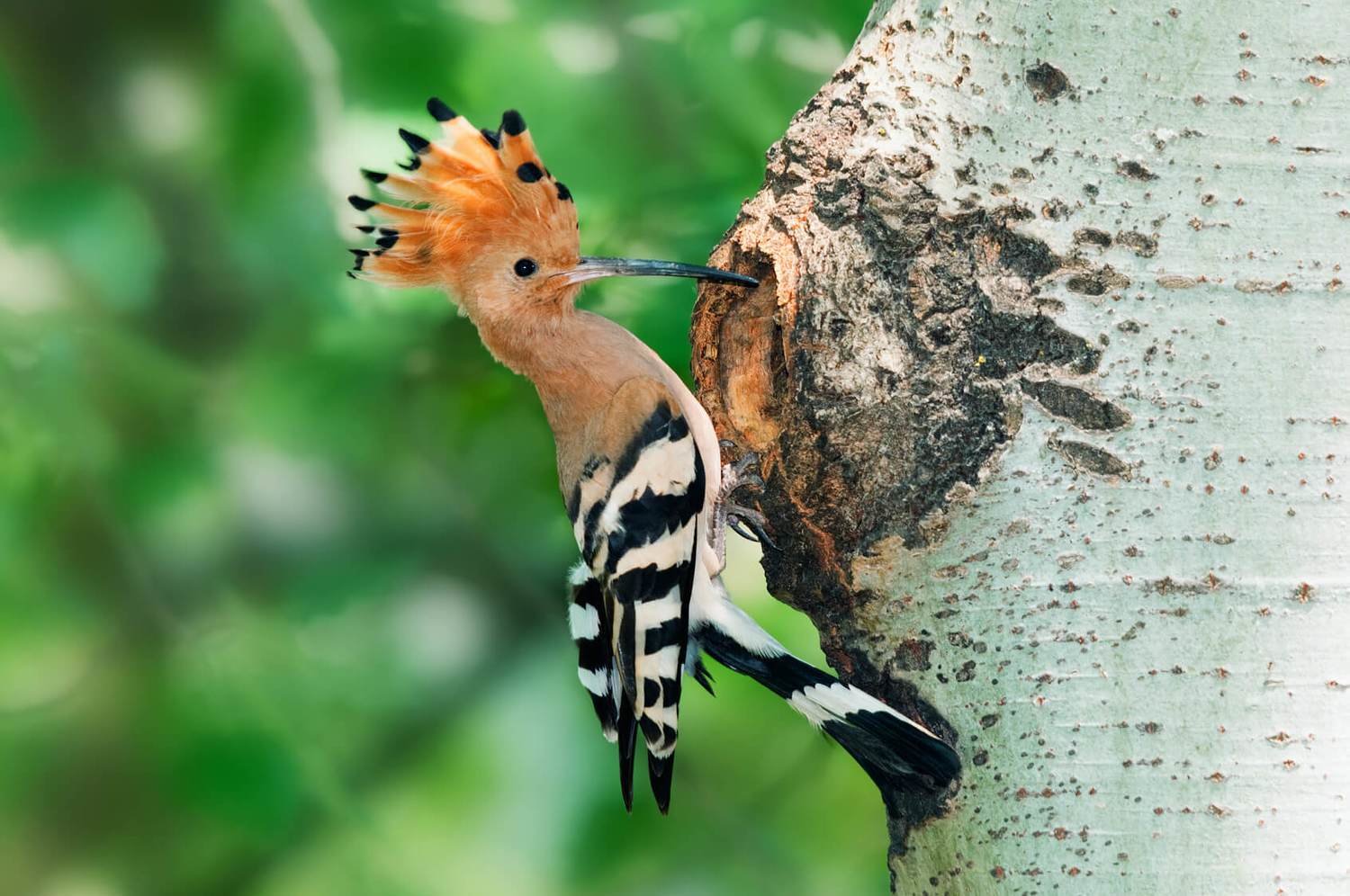 Your Adopt A Woodpecker Kit comes in a Deluxe Folder and includes:

Adopt A Woodpecker Kits make great gifts and can be sent directly to the recipient. Simply supply the recipient's name and mailing address as shipping information. We'll even include a letter stating the Adopt An Animal Kit is from you.

Natural avian drilling experts, woodpeckers are well-known in popular culture. These notorious members of the Picidae family are almost exclusively tree-dwellers, and are found in treed areas throughout most of the world, with the exception of Australia, New Zealand, Madagascar and the more extreme Polar Regions. There’s far greater species diversity present in rainforest habitats, but woodpeckers can be found in savannahs, scrublands and bamboo forests as well. A few species do inhabit grassland or desert, sometimes nesting in taller cacti plants instead of trees, or, like the enterprising ground woodpecker, in holes that they dig themselves. The presence of deadwood is important for breeding populations of forest woodpecker species.

Generally, woodpecker species have similar physiological characteristics. Depending on species, they can range in size from around 6” up to 21” in length, and up to just over 1lb in weight. The largest woodpecker species is thought to be the ivory-billed woodpecker, which had been listed as extinct for a large part of the 20th century but was rediscovered again in 2005.

A woodpecker’s strong bill and thickened skull are suitable for drilling on trees, and their brain is smaller in size and oriented differently from other avians to protect it from damage caused by repeated impacts. In fact, a woodpecker can repeatedly peck on a tree from around 8,000 to 12,000 times a day, at velocities of up to 10,000 m/s2. Their nostrils are slit-like and covered by protective feathers, while their eyes have a thick membrane that closes just before the bird makes contact, protecting them from flying pieces of wood or tree bark.

A woodpecker’s tail and feet are also uniquely functional; stiffened tail feathers actually help to act as a prop or support for them as they forage or rest in between bouts of drilling, and their feet, which have two toes facing forwards and two facing backwards, are adapted to assist them with grasping tree limbs and walking vertically up tree trunks as they forage. The males of many woodpecker species also tend to have distinctive red or yellow head markings.

Woodpeckers spend a large part of their day foraging for food. Their diet is mainly made up of insects like ants, termites, beetles, spiders and grubs from trees, though they’ll also feed on fruit, nuts and tree sap. They either collect food from the crevices in bark, or excavate holes in the wood to reach their prey, reaching in and capturing it with a long, barbed tongue. It’s a fact that many woodpecker species have a positive ecological impact on the trees they live in, since they help to control insect infestations that could damage forested areas.

When it comes to social behavior, each woodpecker species is different; some are extremely antisocial, aggressively driving away other woodpeckers, while others live in communal breeding groups, or join mixed-species flocks when they’re feeding. Staying within a larger group allows them to reduce their vigilance towards predators and increase their rate of successful foraging as well. They’re most active during the day, roosting at night inside holes (often tree cavities), which they’ll also use as nesting sites. Roosts are typically lined with the wood chips produced as a hole is made, and most woodpeckers will usually only build one nest each breeding season, though sometimes it takes them multiple tries before they find a location that’s just right. A breeding pair can take up to a month to finish excavating the perfect nest, and abandoned attempts are often used by other bird species and small mammals. They’ll often need to determinedly defend their nest once it becomes usable, since they face competition for nesting sites from other woodpeckers or different species of cavity nesting birds.

The majority of woodpecker species are monogamous, mating and raising offspring with the same partner, but some species will breed and raise chicks in cooperation with other birds or even practice polygamy. Tree drumming is often used as part of communication and courtship rituals between males and females. A mated pair jointly builds a nest, incubates the eggs, and raises young together. In most species the male tends to do most of the ‘heavy lifting’, since he performs the majority of the nest excavation and night time incubation duties. Egg clutches are usually 2-5 in number, and incubate for around 11-14 days before they hatch. The chicks are blind and featherless at first, and one parent remains in the nest at a time while the other forages and brings food back to feed them. Most woodpeckers are ready to leave the nest between 20 and 30 days of age, beginning their own one-bird drilling operations. Woodpeckers tend to live anywhere between 4-11 years of age.

Like many other endangered avians, many species of woodpeckers are threatened by loss of their habitat through human activities like removal of deadwood, large scale clearing, and agricultural development. Pesticide use in many parts of the world also threatens woodpecker populations, and changes in climate are becoming a larger issue as well. Drought tends to increase the incidence of severe forest fires that destroy mature trees (which woodpeckers use for nesting), and outbreaks of parasitic insects like the pine beetle can affect large stands of forested habitat that woodpeckers use for nesting. Several species, including the Imperial, Ivory-billed and Okinawa woodpeckers are listed as critically endangered on the IUCN Red List.