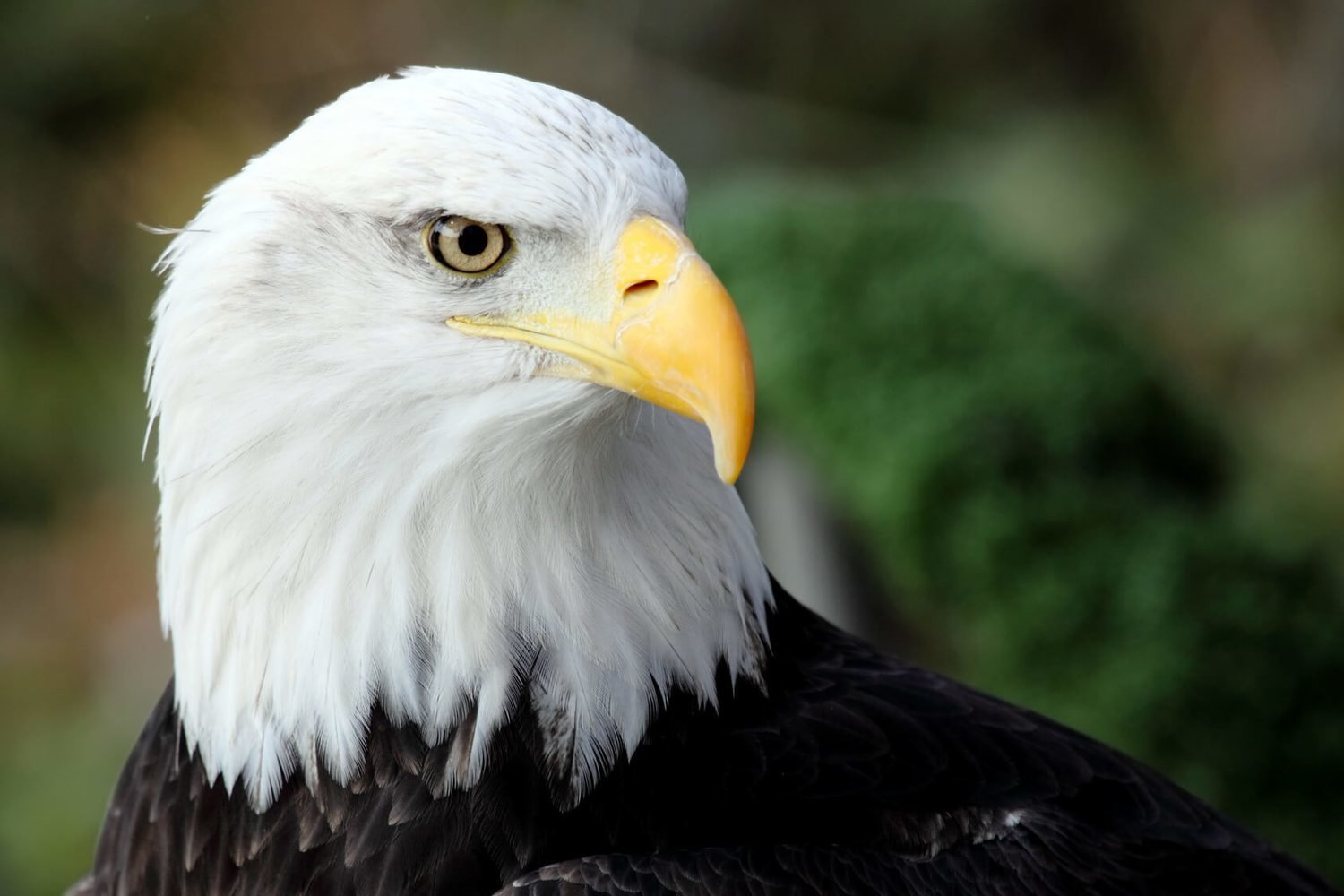 Your Adopt An Eagle Kit comes in a Deluxe Folder and includes:

Adopt An Eagle Kits make great gifts and can be sent directly to the recipient. Simply supply the recipient's name and mailing address as shipping information. We'll even include a letter stating the Adopt An Animal Kit is from you.

Eagle, common name for large predatory birds of the family Falconidae (hawk family), are found in all parts of the world. Eagles are similar to the buteos, or buzzard hawks, but are larger both in length and in wingspread (up to 7 1⁄2 feet) and have beaks nearly as long as their heads.

The American bald, or white-headed, eagle (Haliaetus leucocephalus) is found in all parts of North America near water and feeds chiefly on dead fish (sometimes robbing the osprey's catch) and rodents. It is dark brown with white head, neck and tail plumage. The northern species (found chiefly in Canada) is slightly larger than the southern, which ranges throughout the United States. With only 417 known breeding pairs in the 48 contiguous states in 1963, the bald eagle population was dwindling alarmingly; a decade later they were placed on the endangered species list. In one of the greatest success stories in species recovery, conservation methods such as the banning of DDT and the prohibition against eagle hunting had by the beginning of the 21st century increased the breeding population in the lower 48 states to some 5,000 pairs. The bald eagle was removed from endangered status in 1995 and is now classified as threatened.

The golden, or mountain, eagle is widespread in the Northern Hemisphere, in the United States found mostly in the West. Unlike the bald eagle, it is an aggressive predator. In Asia it is trained to hunt small game. The adult is sooty brown with tawny head and neck feathers; unlike those of the bald eagle, its legs are feathered to the toes.

The gray and Steller's sea eagles are native to colder areas of the Northern Hemisphere; the king or imperial eagle to South Europe and Asia; and the rare monkey-eating eagle to the Philippines.

The harpy, or harpy eagle, of Central and South America, the largest of the hawks, eats macaws and sloths. It was named for the winged monsters of Greek myth and was called "winged wolf" by the Aztecs.