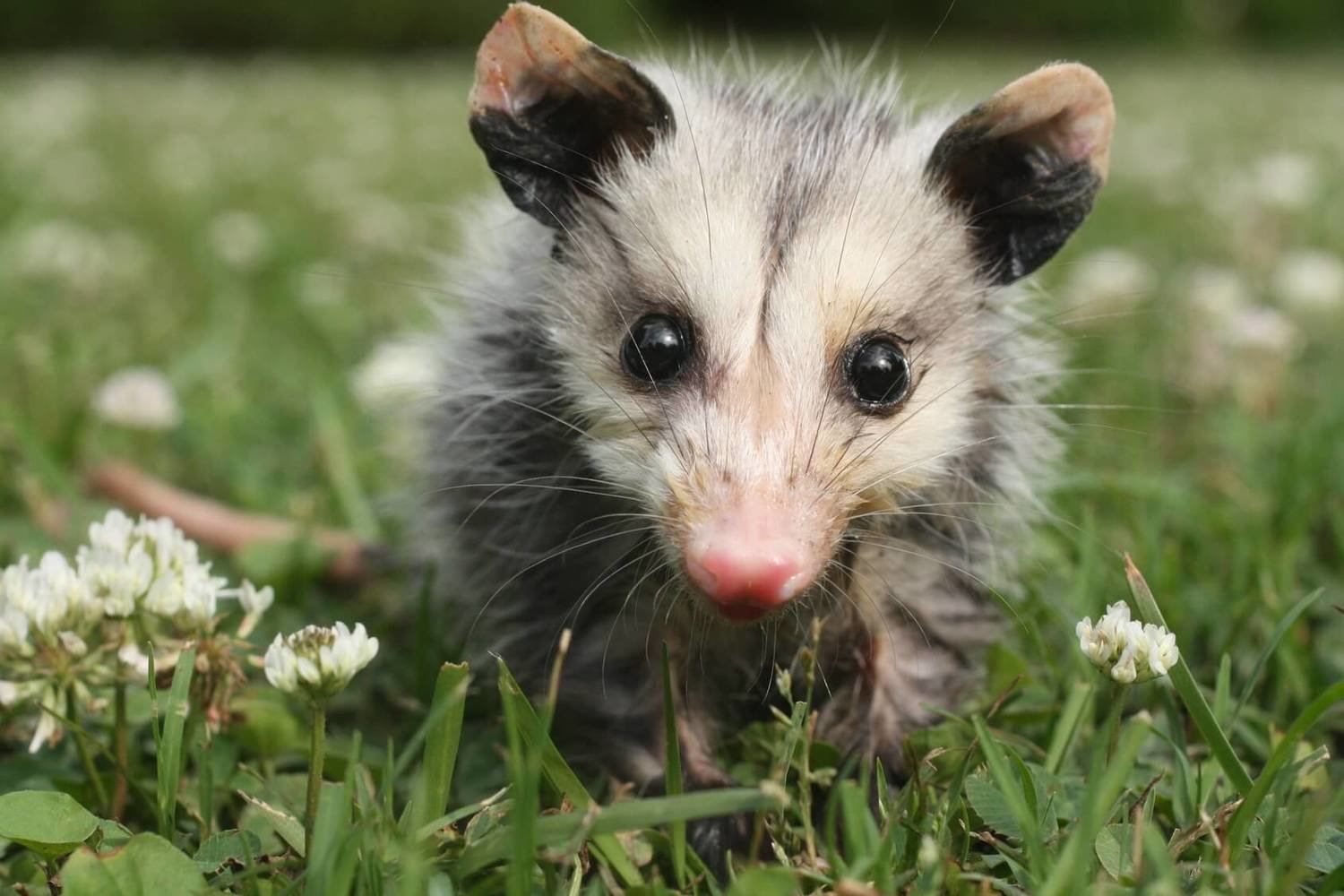 Your Adopt An Opossum Kit comes in a Deluxe Folder and includes:

Adopt An Opossum Kits make great gifts and can be sent directly to the recipient. Simply supply the recipient's name and mailing address as shipping information. We'll even include a letter stating the Adopt An Animal Kit is from you.

Often called endearingly ugly, opossums are the only family of marsupials to inhabit the Americas. Originating in South America, these unusual-looking little mammals gradually migrated to Central and North America around three million years ago when the volcanic bridge between the two continents arose from the sea floor, and opossums have migrated further and further north (into southern Ontario, for example) as climate change has allowed them to survive the winter season in many areas.

Grouped under the family Didelphidae, their name itself is borrowed from the word in Powhatan language meaning ‘white dog’, and was first recorded in the 1600’s by colonists in Jamestown, Virginia. Although the words ‘possum’ and ‘opossum’ are used interchangeably by many, especially in the southern states, ‘possum’ is generally the term used by scientists and naturalists to describe only the opossum’s related marsupial cousins in Australia.

Significantly different in appearance than their Outback relatives, opossums are small to medium sized, with species ranging from around mouse size to housecat stature. Species in tropical regions of Central and South America tend to be smaller than their North American counterparts. Although their lifespan in captivity may be as long as five years, in their natural habitat opossums don’t generally tend to live past the age of two years. They have long snouts, narrow skulls and jaws, and an impressive number of teeth; more than any other mammals in the Americas, in fact, making them look rather alarming in the middle of an open-mouthed hiss. An opossum’s coat is solely made up of medium length awn hairs (insulating intermediate hair) and can range from grey to black, with lighter fur on their faces, while their noses, feet and tail are usually pink and fairly hairless. Although they’re perfectly comfortable walking flat-footed on the ground, many opossum species spend quite a large amount of time in the trees, clinging to branches and tree trunks and assisted by opposable digits on their hind feet. Their tails are also helpful appendages as well; although adult opossums can’t actually dangle from trees with those hind parts (dispelling a common misconception about them). Their tails are still somewhat prehensile, helping opossums to balance and brace themselves as they climb.

These plucky little animals are tremendously resilient, and definitely aren’t picky when it comes to mealtime. All possums are opportunistic omnivores, eating what’s available seasonally and in their location, so their diet may consist of everything from garbage, pet food, small rodents, insects and grubs, to frogs, plants and berries. Even freshwater molluscs and crayfish are fair game for water-preferring opossums. They also have a strong immune system and, surprisingly, many opossum species are partly or even totally immune to select poisons and the venom of poisonous snakes like rattlesnakes and cottonmouths. Opossums are also highly resistant to the rabies virus – they’re eight times less likely to carry rabies than dogs or other wild canids.

Although they can put on a terrific show that’s capable of scaring off possible predators, opossums are more about defence than offence, rarely attacking when they’re threatened. With the exception of a mother and her offspring, they tend to live and forage for food alone, remaining in shallow burrows, tree holes or other hidden areas through the day and becoming more active at night as they hunt. When they encounter natural enemies like coyotes, wolves, bobcats, owls and dogs, opossums will hiss or growl if threatened, but can also display a very curious defensive behavior as well – playing ‘dead’ to imitate the appearance and smell of a sick or dead animal to deter an attack. This is a physiological response, and during an episode their bodies will become stiff and curled, the eyes will be closed, teeth bared, and a pungent, smelly fluid is released from their anal glands. An opossum can remain in this state for anywhere between 40 minutes and 4 hours.

True marsupials, opossums have a distinctive way of reproducing and carrying their offspring. Females have a divided uterus and vaginal structure, as well as a pouch, while males possess a forked penis. Males are somewhat larger than females, on average, with larger canines. They’ll often begin their search for a female by making a clicking ‘smack’ sound as they search. After mating, the opossum gestation period is only 12 to 14 days. The young are born extremely early and completely blind, deaf and hairless. Offspring must then crawl through their mother’s fur to reach the pouch, where they then latch on to a teat, staying there to nurse and grow throughout the next few months. Opossums generally have large litters, since many offspring fail to find an available teat in the pouch and perish shortly after a female gives birth, but litter sizes up to 13 pups are fairly common, and opossums can produce anywhere from 1 to 3 litters every year. Although most opossum mothers are responsible for the entirety of care, the yapok is an unusual opossum species. One of the only semi-aquatic marsupials, it has the distinction of being the only marsupial species in which both male and female have a pouch. Possum offspring usually wean and leave their safe pouch around 70 to 100 days old, but hitch a ride on their mother’s back after that, staying close to their dam until they’re at least four or five months old.

Although opossums were once commonly hunted in the USA for both their pelt and for the stew pot, these days they’re more typically hunted in the Dominican, Grenada and Trinidad for food. Their ability to reproduce quickly means that they’re quite populous throughout the Americas, with no opossum currently on the endangered species list. Since they are nomadic, particularly when hunting for food, they tend to be frequent victims of collisions with cars.