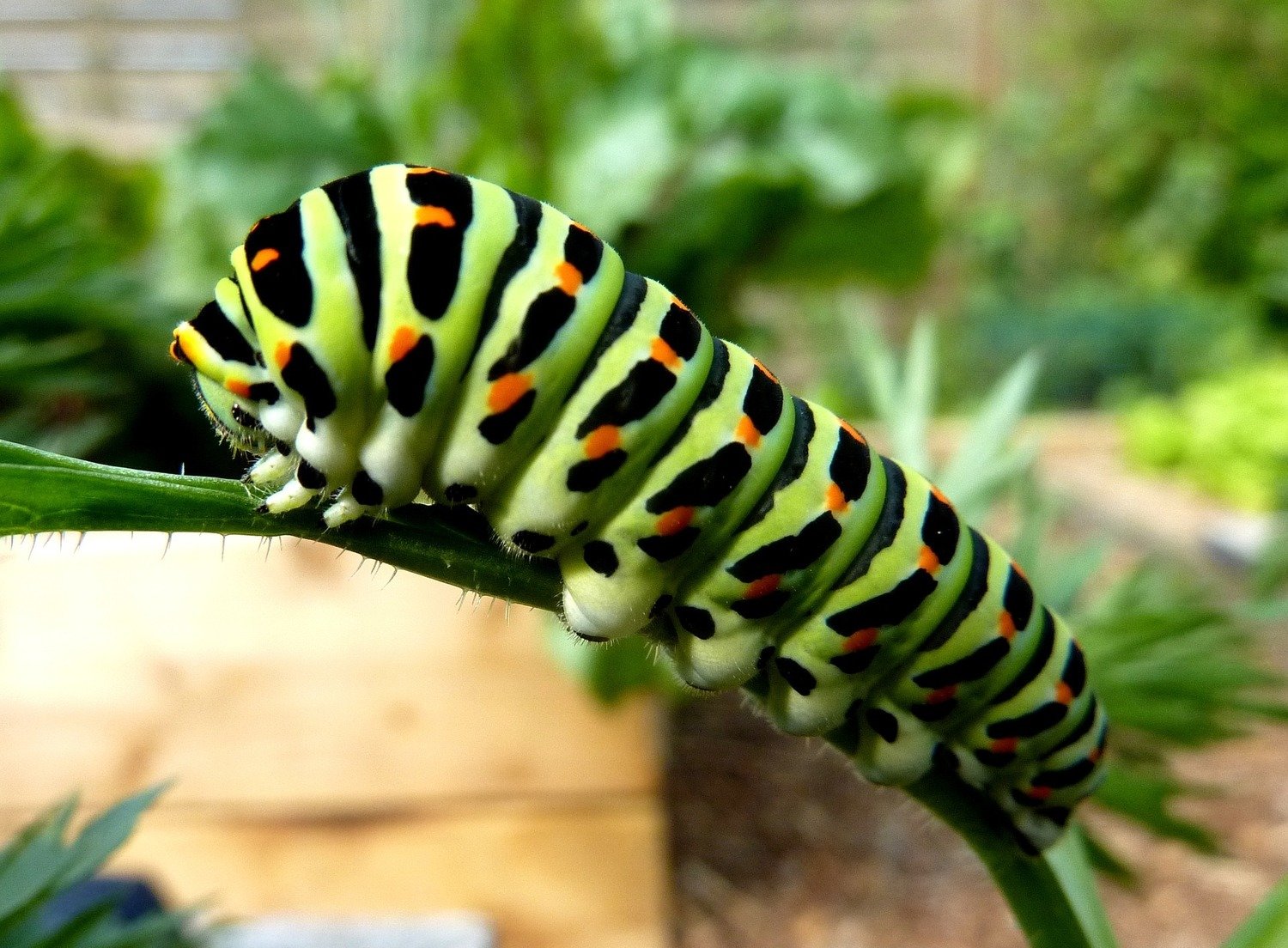 Your Adopt A Caterpillar Kit comes in a Deluxe Folder and includes:

Adopt A Caterpillar Kits make great gifts and can be sent directly to the recipient. Simply supply the recipient's name and mailing address as shipping information. We'll even include a letter stating the Adopt An Animal Kit is from you.

Caterpillar are the babies (larvae) of butterflies and moths. There are more than 20,000 different species of caterpillars found around the planet.

The fascinating cycle of caterpillars transforming into butterflies and moths is called complete metamorphosis. The cycle has four stages: egg, larva (the caterpillar stage), pupa (the chrysalis stage), and adult (the butterfly or moth stage).

Butterflies and moths lay their eggs on plant leaves. When caterpillars are first born from the eggs, they are called larva. Larva eat continuously to grow. As caterpillars grow, their skin becomes too tight so they shed, or molt. They molt four or five times. After molting several times, a caterpillar may look very different than when first born – becoming fuzzy and featuring different colors, spines, bristles and tufts (called pencils). Different species of caterpillars vary in size, color and appearance to intimidate their predators to keep from being eaten. When caterpillars are two to four weeks old they begin making a chrysalis, or cocoon. Their cocoons hang from a stick or tree. While inside the cocoon their bodies transform into butterflies or moths – growing antennae, developing wings, and their mouthparts are transformed. They then emerge from the cocoon as a butterfly or moth. They cannot fly right away since their wings are small and wet. When their wings dry, and their muscles are exercised, they fly off the host plant and begin their new lives as butterflies or moths.

Caterpillars have three body parts, like all insects: a head, thorax and an abdomen. Their hard, outer covering is called an exoskeleton. Caterpillars have six pairs of eyes that cannot see images but do detect light intensity. They use their antennae and tiny hairs, called setae, to sense touch. Caterpillars do not breathe through their mouths, but instead breath through holes on the sides of their bodies called spiracles.

Caterpillars have eight pairs of legs. The first three pairs of legs are jointed with hooks and become the butterfly’s legs. Butterflies use just four of these six legs because two are in the front and against their bodies.

Some species of caterpillar, often those that live in tropical rain forests, are poisonous. Some of these species are no longer poisonous when they transform into a butterfly or moth.

The main predators of caterpillars are birds and large insects. They are also preyed upon by small mammals and reptiles.

The biggest threat to caterpillars, butterflies and moths is habitat destruction. Many species are now critically imperiled.

Residential, commercial and animal agricultural development threaten caterpillars, moths and butterflies. Butterflies and moths usually need very specific host plants to lay their eggs on for the caterpillars to eat once they hatch. So, it is in the larval stage that habitat destruction causes the most threat as adult butterflies and moths can often survive on a variety of different nectar sources.

The loss of breeding habitat and overwintering habitat throughout much of the world is creating a decline in butterfly, moth and caterpillar populations. Pesticides are also having a detrimental effect.

Changes in climate also threatens butterflies and moths, changing the migration and breeding range of many species.